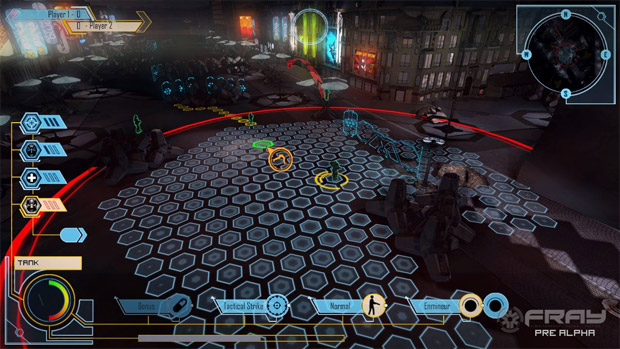 It’s a good time to be a fan of squad-based tactical strategy games on the PC. After Frozen Synapse showed that the genre is alive and kicking, French indie studio Brain Candy looks set to continue this trend with Fray. Since you’ll be in control of a squad of soldiers in a virtual environment who take actions in turns that play out simultaneously, you are forgiven for comparing it to Mode7’s indie hit.

Fray is a bit different than that though. You only control four squad members with different classes to level up, and different weapons and equipment to unlock. Each turn will have a set time limit, so you can’t sit back and take forever to plan a turn. Think of it as a faster paced 3D Unity-powered version of Frozen Synapse with a heavy X-COM vibe to it. Now wipe the drool off your chin.

The game is some time away from being released, but you can hit up the website to sign up and stay updated. In Q4 2011, you’ll be able to pre-order the game from that website in order to gain early beta access to some of the content and provide feedback for the final game.

Fray sounds fantastic to me already and if it does to you as well, you should check out Rock, Paper, Shotgun’s interview with the developers. And check out their posts on the Community Blogs right here!