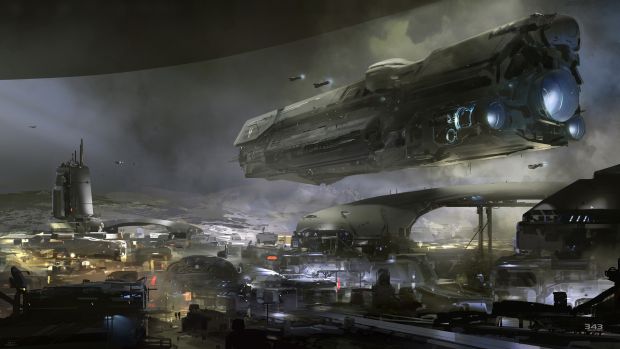 Hey look, Halo 5 news! Well, not news about Halo 5 itself, but more so on what’s going on behind-the-scenes at 343 Industries.

First, Tim Longo joined the team as creative director. His past work included Tomb Raider, Star Wars: Republic Commando, and the unreleased Star Wars: First Assault. That new hire has moved Josh Holmes up to executive producer, while Kiki Wolfkill is still at the studio working on something that is “really cool.”

Art Director Kenneth Scott has stepped down and is now visual design consultant, while Nicolas Bouvier is stepping up as art director. The Halo Waypoint update notes that Ken and Nic worked closely together, spending the last five years “to define the visual language for 343’s Halo.”

As for Halo 5 or whatever they are going to call it, Josh teased this image of Sparth which shows off a new location that “features prominently in a little game project we’re tinkering with.”