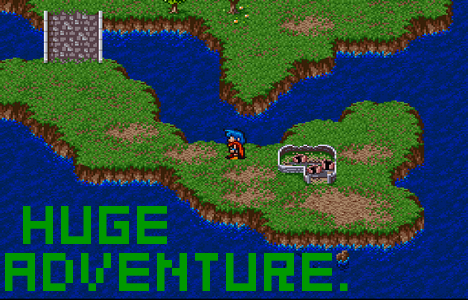 Role playing games come and go, but few stay as relevant talking points like the Breath of Fire series has. Recently, in an interview with developer Camelot Software Planning’s Takashi brothers, it was revealed that a new Breath of Fire title is something that they are considering.

…It is possible to start planning for titles such as the Breath of Fire series. As I mentioned earlier, the number of games we can develop at a time is quite limited so we would like to consider what people want the most in order to determine the next title for development.

According to the Takashi brothers, the only reason why Camelot was unable to pursue the possibility of a new Breath of Fire game was because of the loss of critical team members during the Mario Tennis: Power Tour crisis of 2005. Since then, the team has been rebuilt, thus making retro RPG enthusiasts excited all over again.

If every RPG developer or publisher thought like this, I would already be playing a localized version of Mother 3, or wandering through the vast deserts of Tecmo: Secret of the Stars 2. Barring another Mario sports game, I wonder if Camelot would consider bringing a Breath of Fire title to a console. Fully realized 3D fairy queens? I’m in.