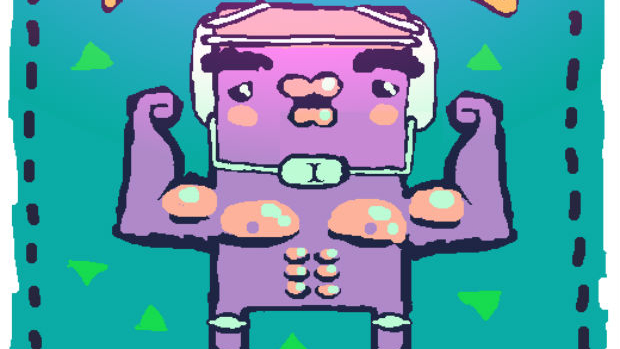 Watching the above video, I thought I had a pretty good handle on what happens in 24 Killers. After finishing it, I felt more confused than before.

Upon investigating the Kickstarter campaign, it turns out that 24 Killers follows a skeleton hunting down four spirits in an island town full of monsters, and the squat competition is Malbro (listed as “the swolest mallow in town”), just one of dozens of different interactions.

Weird concept, sprites with only a few colors each, and some moai heads. Why does this feel familiar? Oh right, because it is being made by Todd Luke, who previously developed Winnose for Adult Swim Games.

24 Killers has already reached its initial funding goal of $4,000 with less than three days left in its campaign. It is set to release on Linux, Mac, and Windows.