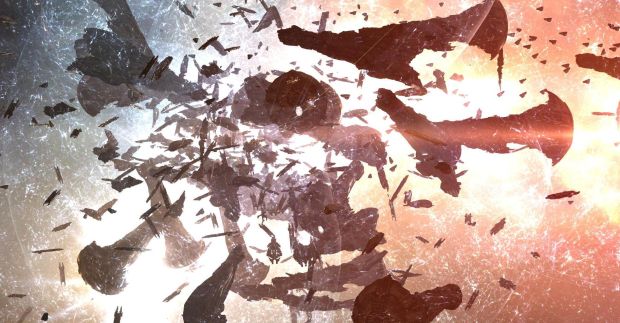 EVE Online, your world is so goddamn fascinating.

So, here’s the story straight from CCP Games. The N3 coalition made up of the Pandemic Legion, Nulli Secunda, Insdious EMpire, and other smaller groups missed a bill payment for the system that Pandemic stores and stages their fleet. Sovereignty dropped across the system because of this, and the station was left vulnerable to capture.

The CFC, made up of the Goonswarm Federation, Razor Alliance, Black Legion, and the Initiative, partnered up with the Russian Coalition, made up of Solar Fleet, Darkness of Despair, and Against ALL Authorities, used this opportunity to capture the station.

Now there’s an on-going war as the N3 coalition tries to re-secure their station. It’s been over 10 hours since the battle started, and 57 Titans, the biggest and most expensive ships in EVE Online, have already been destroyed. That’s over $200,000 worth of ships lost today alone.

There are streams you can watch of the fight such as the one below, but the system is in deep time dilation, so everything is moving super slowly so the server can handle the amount of players and everything that’s happening.