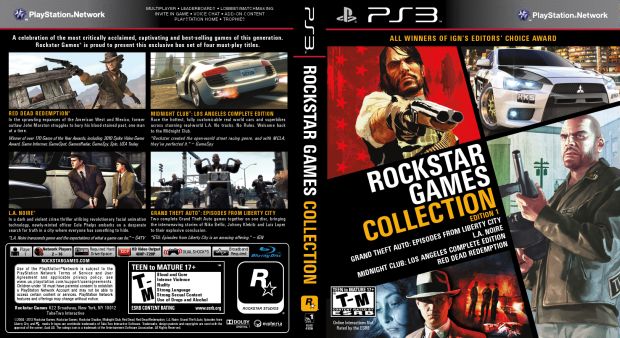 [Update: Rockstar has just officially confirmed this collection, coming out on November 6 for $59.99.]

Retailers Buy.com and CDUniverse.com have outed a Rockstar Games Collection which is set to include Grand Theft Auto: Episodes from Liberty City, L.A. Noire, Midnight Club: Los Angeles Complete Edition, and Red Dead Redemption. This collection is set for a November 13 6 release on both the Xbox 360 and PlayStation 3, and will run about $60.

The box art that was dug up by NeoGAF also shows that this is Collection Edition 1, indicating that there will be more collections coming down the road.

This is looking like one hell of a collection. I’m also glad that this isn’t yet another HD re-release collection of a bunch of last-gen games for once.