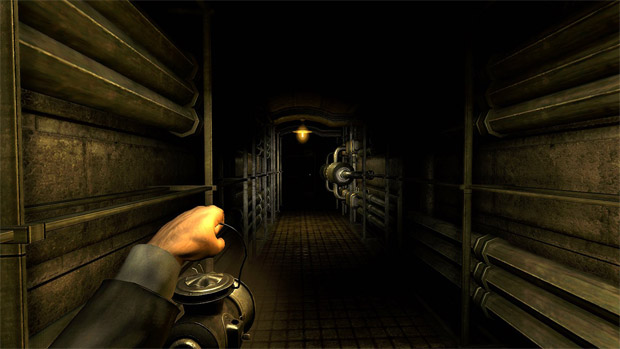 In an interview, thechineseroom creative director Dan Pinchbeck told Rock, Paper, Shotgun that the upcoming horror title Amnesia: A Machine for Pigs has ended up becoming “more of a natural successor to Dark Descent than we ever thought it’d be. Originally, we thought it’d be this halfway point between Dark Descent and Esther, but in a lot of ways, it’s much more like Dark Descent.”

Considering that’s essentially what I had hoped this project was going to be all along, that sounds lovely. As lovely as a game with this subject matter can be, anyway. Pinchbeck also said that, as opposed to the studio’s last game, this one “has definitely got a much more traditional game story to it. I was really keen to write something that was a bit more straightforward.

“What I think we have in common with [Dark Descent developer] Frictional is that kind of emotional, psychological element of, like, what’s real and madness, and what mind and personality are,” he said. “What’s true. What’s not true. I think there’s an awful lot of that in Dark Descent. I think we didn’t want to move completely away from that, because we’re still really interested in that angle.”