The highs and lows of living in a time loop

Three writers sat in a room in the Microsoft Theater, looking at one man in a room with his wife. She wants to have dessert, so he sets the table while she goes into the other room. The man starts eating without her.

Presumably, the guy to my right, controlling the man on screen, is not married.

But it’s okay, because soon I’ll get my chance to right some of the wrongs done on this first playthrough of 12 Minutes. I’ll actually wait for my wife to sit before I start eating. Oh yeah, and I’ll do my best not to get murdered a couple minutes later, too.

See, 12 Minutes is on a time loop. Once the player (and the character) have the necessary knowledge, a “complete” play through will last exactly 12 minutes, with the game’s events playing out in real time. In order to get to that point, developer Luis Antonio estimates it will take most people about six to eight hours of playing through the thriller. For each of our plays, we only lasted about three minutes.

Not long into the man and his wife’s dessert date somebody starts pounding on the door, claiming to be with the police in possession of a warrant. We never got to the bottom of it, but something tells me the guy who zip-ties our hands together and then executes us on the spot is not with your typical law enforcement.

But the man comes to, and it starts all over again. Not only do we, the players, know what is about to happen, but the man we control does too. He’s heard what his wife has to say, and he can prepare for the incoming attack. None of us around the table are successful in our attempts thwart the bad man on our next attempts but, as a group, we were discussing possible solutions. 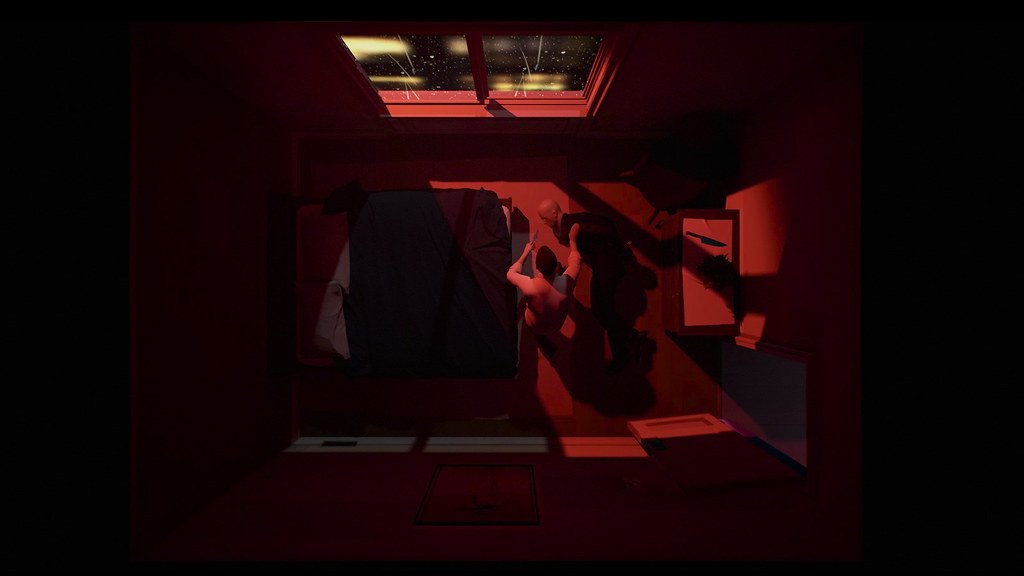 Once that initial threat has been dealt with, there are more problems to tackle. The story and puzzle design is complete at this point, so most of the remaining development time is being spent on polish, as full voice work and animations need to be implemented. If we had enough time, we theoretically could have played the game in its current build from start to finish, working off of subtitles and ignoring stilted animations. Antonio is shooting for a release early next year.

As far as what the finish actually is in a game about being trapped in a time loop, Antonio kept referring to “reaching a satisfying conclusion” without giving much more away about what that means. When pressed, Antonio noted that, with each playthrough, your perspective of the situation changes. That change of perspective is what he considers satisfying. It’s a bit cryptic, but that’s fitting for the narrative-driven adventure. If the point is to come to some realization through iterative play, then spelling out what that realization is in the beginning would defeat the purpose.