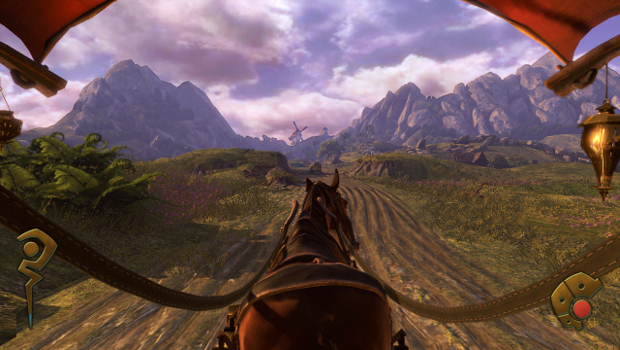 With Fable: The Journey offering up hours of wagon riding, spell flinging, arm flailing, and regional British accents on October 9, Lionhead have put together a few developer diaries. In this first one the team talks about the narrative (vaguely), new monsters (even more vaguely), and the hero — who is useless, but powerful, and not heroic, but a hero. Also, weird hair.

Apparently fans will be able to learn a lot more about the enigmatic Theresa, who’s a Fable mainstay, because blind mystics are cool. Considering she’s what ties the series together, I’m surprised it’s taken this long for them to flesh her out.

A demo of the title will be going up on September 17, so get those limbs limber or whatever if is you highly motivated and active Kinect users do to prepare. Are helmets involved? I bet they are.