In the primordial days before your mom was on the internet, we grew up in fear of the other. In the ’80s and ’90s, we frequently spoke of the mist-shrouded land across the ocean that controlled most of the games we played. Whether we discussed the games that they so selfishly hoarded to themselves, permanently encrypted with their exotic language, or coveted the cutting-edge consoles they got months before we did, they were a mystery to us. Yet, if there’s one thing we feared most about the other, it was their mad skills.

I remember a period in my life when I was convinced that I lived in the softest region in the world. Final Fantasy: Mystic Quest, for example, was said to be created by Square in the belief that Americans were too stupid to fully understand a true RPG, and the Euro Extreme difficulty was inserted into Metal Gear Solid 2 because vanilla Extreme just wasn’t extreme enough for Europeans with their muscular thumbs. Neither statement is accurate, but I’ve heard them repeated more than once. It’s a rather bizarre mindset to have; that video game skill has anything to do with heritage, but this opinion seems so pervasive.

In the ’80s and ’90s, the belief was in some way perpetuated by what has become a rare practice: publishers and developers would often ratchet up or tone down a game’s difficulty when releasing in a new market. However, regardless of the self-deprecating belief that games had to be dumbed down for our under-developed thumbs, there was actually no consistency to which way the changes went. Japanese games that have been localized to North America have varied between being more difficult or much easier, and the same has happened in reverse.

I’m not saying publishers have had difficulty committing to a particular brand of prejudice. After all, our corporate overlords prefer to avoid viewing people as individuals and find it more efficient to just boil down entire countries of people into numbers and statistics. So that’s… better?

The actual reasons for why these changes were made probably doesn’t have anything to do with demographics, but rather a different approach to maximizing sales. I’ll get to that, but first, to demonstrate my point, let’s take a look at some of the more notable instances: 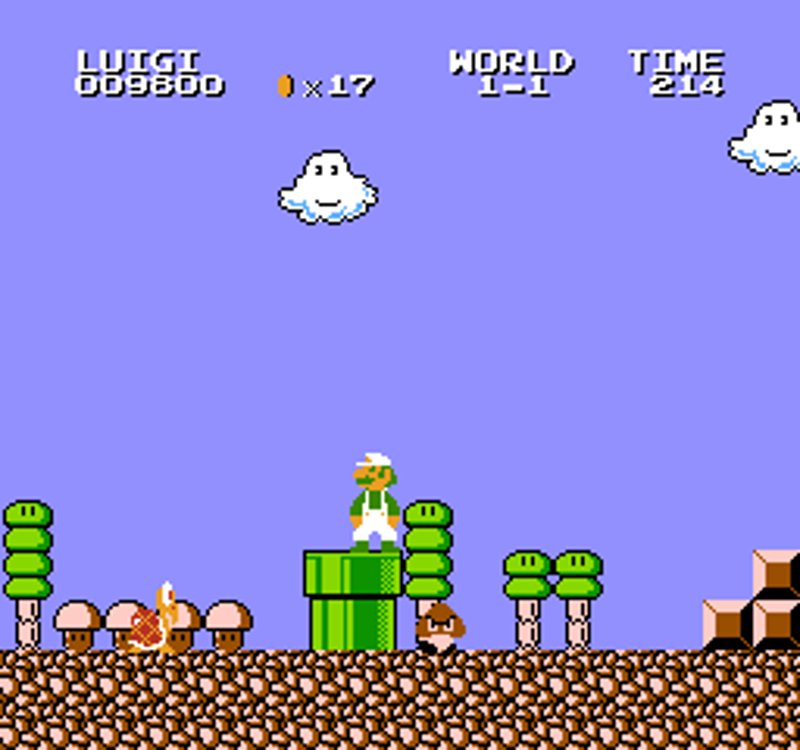 It isn’t the same obscure piece of trivia that it used to be, so I wouldn’t be surprised if you knew this already, but the Super Mario Bros. 2 we got here in North America on the NES wasn’t the same Super Mario Bros. 2 people in Japan were playing on their Famicom Disk Systems. What the Japanese got was essentially a straight sequel to the original game, featuring much of the same art style, sound design, and mechanics, but with the difficulty dialed up and then dialed up again. Like, a lot, and not in a good way. Just try getting past World-2 and see how you feel about it.

So when Nintendo had the opportunity to localize it for the western market, they decided to pass. The story reported everywhere is that they were afraid the real Super Mario Bros 2. would be too difficult for the North American audience. Instead, they asked to be provided a friendlier sequel that people might actually, you know, have fun playing. The result was a version of Yume Koujou: Doki! Doki! Panic that had its’ four playable protagonists redrawn as Mario characters. We definitely got the better end of the deal. 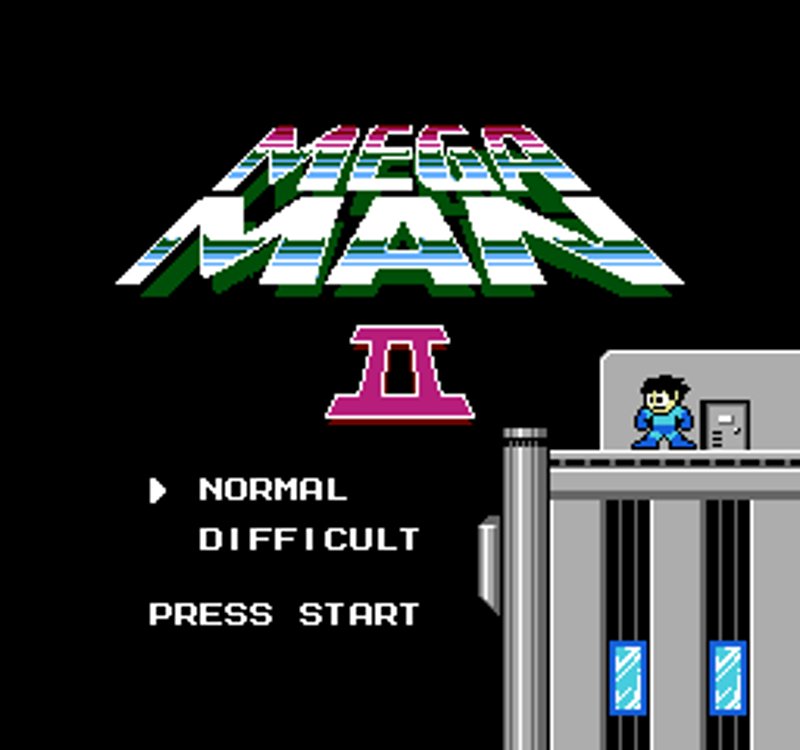 Among the NES Mega Man titles, Mega Man 2 has the distinction of being the only one with a difficulty option. There’s normal if you have weak and feeble thumbs, and difficult if you have hairy palms. Except, not really, because the Japanese version, Rock Man 2, has no difficulty select.

So that would make “normal” analogous with the Japanese version, with “Difficult” being a tuned up challenge for muscular Americans, correct? I mean, that’s why they call it “Normal.” Nope. “Difficult” is the challenge the developers intended, and it’s the one that has parity with Rock Man 2. On normal mode, the damage you dish out is pretty extreme and it makes just about every enemy encounter a cakewalk. The only leftover challenge is keeping yourself out of bottomless pits and other instant death hazards, which I’m sure you can handle. I believe in you.

I kind of felt cheated when I first discovered this deception. I’m not against an easier difficulty for people who don’t have the chops or the time to topple a Mega Man title on the default, but labeling what is plainly a tweaked down the challenge as “Normal” is misleading. It’s like leaving the low-calorie version of ranch dressing unlabeled, while the regular recipe is referred to as “Fat Ranch.” 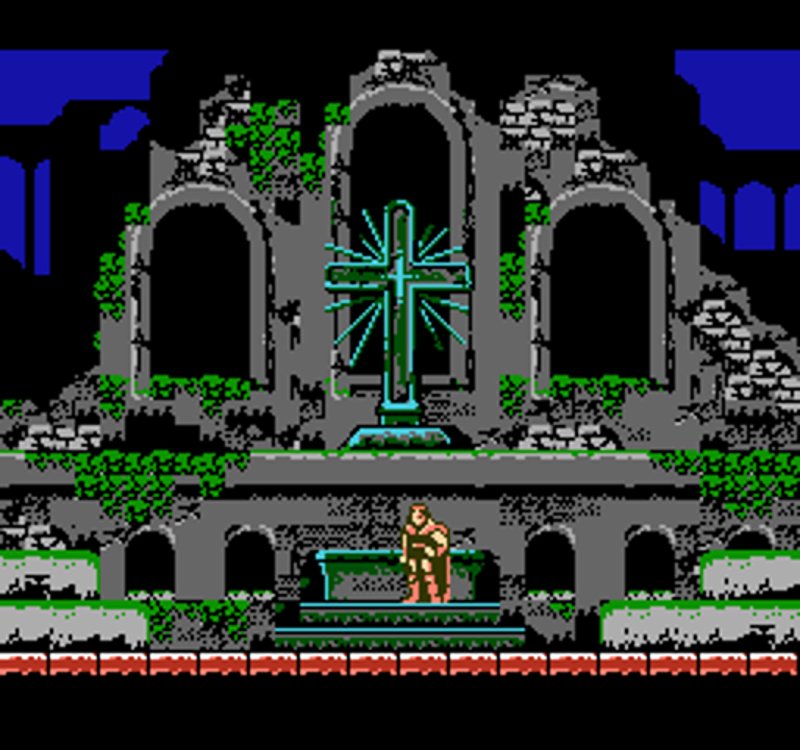 A metric tonne of changes was made to Akumajou Densetsu when it was localized as Castlevania III. A lot of them were small, barely noticeable changes to the art, but the most well-known alteration was with Akumajou Densetsu’s soundtrack. The Famicom allowed access to additional sound channels, which were stripped from the NES. Therefore, the Japanese original had greater depth to its music.

A lesser known, but no less significant, change has to do with the difficulty. In Akumajou Densetsu, different enemies deal different damage; so, for example, a bat might do a small amount of damage but a knight will do much more. In Castlevania III, every enemy and projectile does the exact same amount of damage, and this gets increased as the game progresses. That makes things easier in the beginning and much, much more difficult towards the end. If we’re being charitable, this may have been done to create a steadier difficult curve, but that’s got to be the laziest way to address the issue.

Whether or not you appreciate the greater challenge in Castlevania III or think that Akumajou Densetsu is the difficulty that nature intended, the result is that Castlevania III was made a lot more difficult in translation. 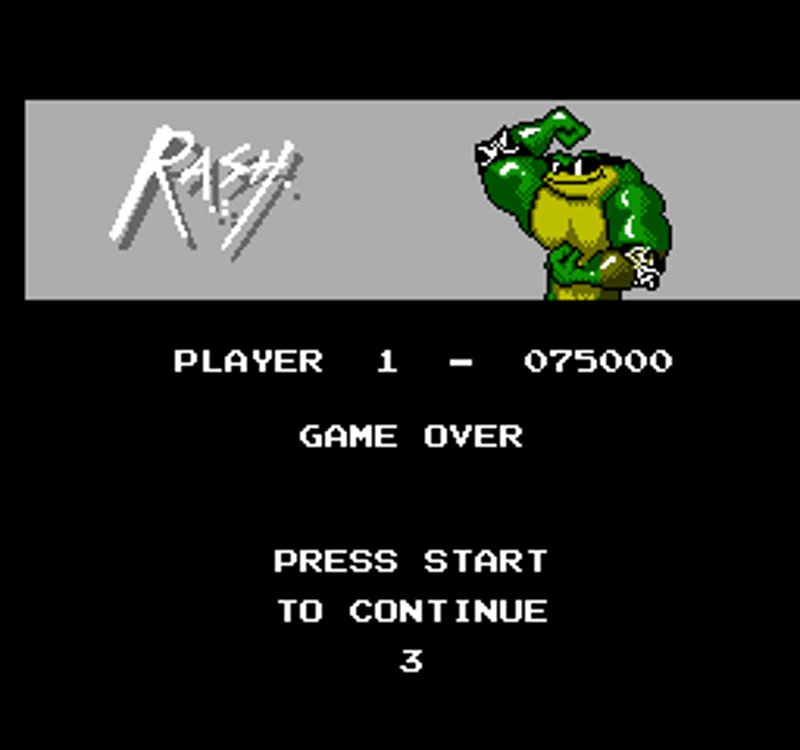 One of Rare’s most famous creations, Battletoads, is something of a divisive topic today. Some laud it as one of the most challenging games on the NES while others think it was a hate-filled slog through a variety of situations that gave you no time to adapt before it murdered you. Personally, I think it could be better if there wasn’t a limit on continues, but, whatever.

If you’re on the fence about it, maybe the Japanese version will be more your speed, since it tones down the difficulty substantially and makes it a more playable experience for people who don’t have hours to spend cementing the Turbo Tunnel into their muscle memory.

For starters, the Japanese version ups your chances with five lives and five continues as opposed to North America’s three lives and three continues. That would have been a pretty token effort at softening the game’s malice, but they went further. Significant changes were made to some of the game’s more challenging levels; slowing down the turbo tunnel, removing various pitfalls and traps, and even reducing the health points of bosses.

None of this makes Battletoads an easy game by any means, but it does make the whole experience less B.S. If you think this is essentially playing the game with god mode on, consider that the changes made to the Japanese version were viewed as enough of an improvement that the Genesis port of the game carried over all the changes. 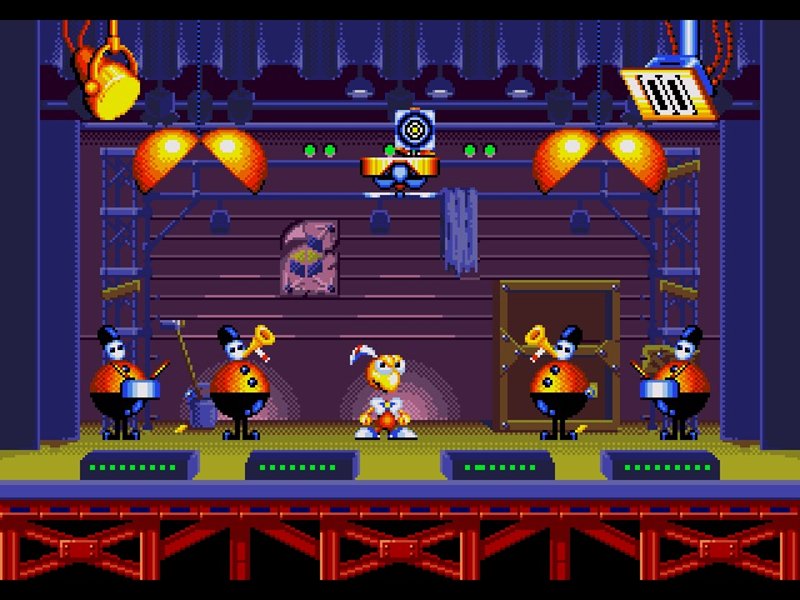 Dynamite Headdy was created by the folks at the mythical studio Treasure Co., developers of Gunstar Heroes, Ikaruga, and many other classic games. It was something of a staple on the Sega Genesis but is rarely spoken about these days. I feel this is likely the result of us getting screwed by difficulty changes in localization.

This time around, the title was made more difficult in North America. The change in difficulty centers around the continue system. The Japanese version started you off with two continues while the regional version gives you none. To make matters worse, gaining a new continue in the Japanese versions requires you to pick up 10 continue tokens after defeating a boss. In the NA version, you needed 13; which may sound like a small increase but it was just enough to make it immensely more difficult to gain an additional continue.

The presence of continues in a game that is, effectively, a situation rush style platformer, is a cruel burden to place on the player. You’re often not given enough time to adjust to a new challenge before you’re battered, broken, and left to stare with defeated eyes at the game over screen. The Japanese version at least has the decency to allow you more time to practice.

So what does that say about the difficulty in these games? Not all that much really, because no publisher is going to just make changes to a game during localization simply to try and frustrate the player, it’s all done for a reason, and there are many reasons for it.

For a game like Battletoads and Dynamite Headdy with limited continues, the reason likely comes down to the rental market. Masato Maegawa from Treasure even said as much when talking about Dynamite Headdy’s difficulty. If your game could be completed comfortably in a weekend, you ran the risk of people renting it, completing it, then never making a purchase. In order to prevent sales from being affected by this, cheap tactics, like the limiting of continues, were used to ratchet up the difficulty and prevent players from actually finishing the game. Video game rentals were basically outlawed in Japan thanks to the 1984 Japanese Copyright Act, which means that Dynamite Headdy and Battletoads could ease up on the artificial challenge without the fear of it costing them sales.

That could also explain why Castlevania III was made to be more challenging in North America, but what about Mega Man 2 and Super Mario 2? After the video game market crashed in 1983 under the weight of a jillion unsold Atari 2600 cartridges, Nintendo was left with the task of rebuilding the goodwill of the North American consumer. Having otherwise marketable characters push them into the dirt and call them names wouldn’t win any fans, so something had to be done about the cruel difficulty of Super Mario Bros. 2. Likewise, the original Mega Man only sold slightly better than a box of fingernail clippings in North America, so to invite new players in, the difficulty was tweaked down for the sequel to provide a more welcoming experience.

So the next time you’re playing a game with regionally tailored difficulty, you have to think, “Am I playing the game as the designer intended, or the version that was made with the explicit intent to make children miserable?”