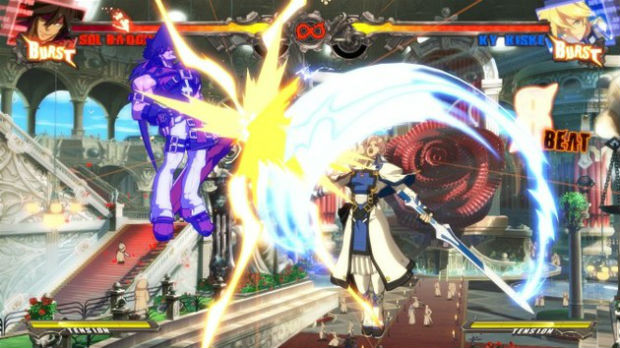 Cast in the name of God, ye not guilty

It has been revealed that Network Mode will feature full cross-play that will allow PlayStation 3 and PlayStation 4 gamers to go head to head with each other. Practice Mode will feature four different ways to play. In addition to tutorials and missions, the Challenge feature will let players try out combos and special moves with various characters, and the Training feature will let players brush up on fine details in moves.

Guilty Gear Xrd -Sign- will be released later this year for PlayStation 3 and PlayStation 4 in Japan.