For those of you who still don’t know, Origin is a new digital distribution service from Electronic Arts. All of you hardcore EA fans out there (all eight of you) now have a centralized hub to satiate that unending thirst for franchised sports titles and Sims 3 expansions.

I know what you’re thinking: “Isn’t it just another Steam type of service?” Well, you’ll be pleased to hear that you’re only half correct. While Origin does provide a similar service to PC users, it is more focused on becoming a centralized hub for mobile gaming devices. This is done quite well, with hardware interconnectivity (using your iPhone as a controller and your iPad as a screen), and also complete compatibility between iOS and Android games.

But I still had one important question for EA that remains fairly unanswered: Why charge full price for recently launched first-party titles? 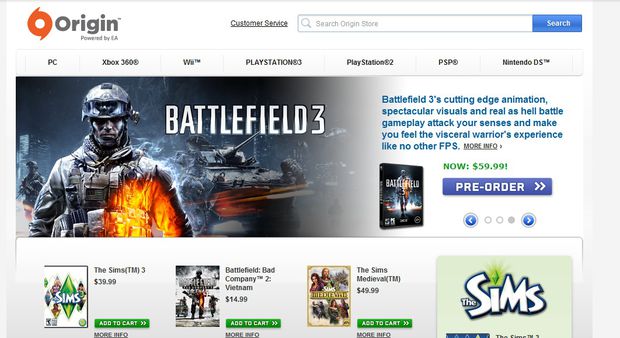 I’m not a businessman, but I always figured one of the advantages to distributing digitally (and straight from the manufacturer, in EA’s case) was to cut costs and pass those savings onto the consumer. Perhaps I’m missing something here, but shouldn’t cutting out the middleman cause a game like Battlefield 3 to release for LESS than the original markup price?

The reason this raises a red flag with me is mainly because of Steam. Forget the fact that Steam has such a staggering selection of old and new titles, but rather consider how their prices are really, really low. Not only do they feature daily sales that could make obsessive shoppers crap themselves, but they also have a habit of releasing new titles at low cost. And while those discounts may not be much, they make complete sense and mean repeat business in the form of customer loyalty.

While I was at the EA Summer Showcase last week, I asked a few people about these concerns of mine. To my disappointment, I never really got a straight answer; either the question was ignored altogether, or I would receive replies like, “Sometimes it costs more to distribute digitally.” And when I asked how that was possible, the best answer I got was, “In most cases, retailers buy in bulk and receive huge discounts for doing so. When a company distributes over a digital platform, they have to worry about bandwidth and other digital variables.” So, EA is kind of like Costco then?

None of this really made any sense. With the labor that goes behind the manufacture and shipping of tangible mediums, along with the profit percentage that retailers make, the price of server space should be pennies in comparison. Bandwidth is dirt cheap, especially to billion-dollar companies like EA. 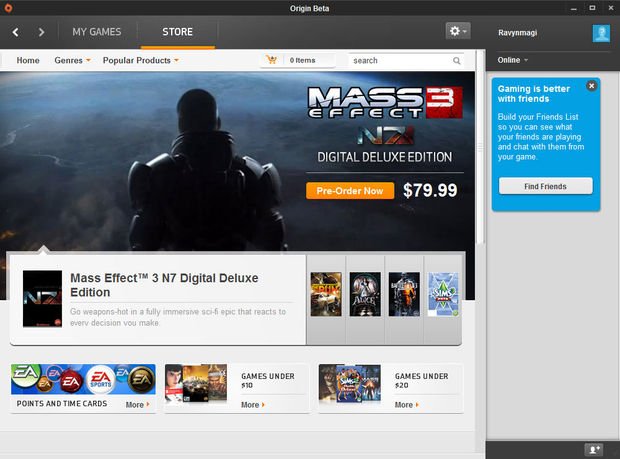 See if you can distinguish the Digital Deluxe Edition from the Collector’s Edition.

This all seems like nothing more than stingy penny-pinching to me. I can’t think of a single reason why games like Battlefield 3 or Mass Effect 3 shouldn’t be released at $54.99 or even $44.99 if you consider the fact that PC games typically release ten dollars cheaper than console titles.

I’m not going to pretend like EA is a bad company; it’s not. And I’m not going to act like I know more about the business aspect of this industry; I don’t. But something does seem a bit peculiar here and EA representatives tap dancing around my questions only magnifies that.

So I leave you with a question: What’s your incentive to buy a game through Origin if you’re given the choice to buy a game at a retail store for the same price? Perhaps enough negative answers will convince EA to give us the benefit of economizing.