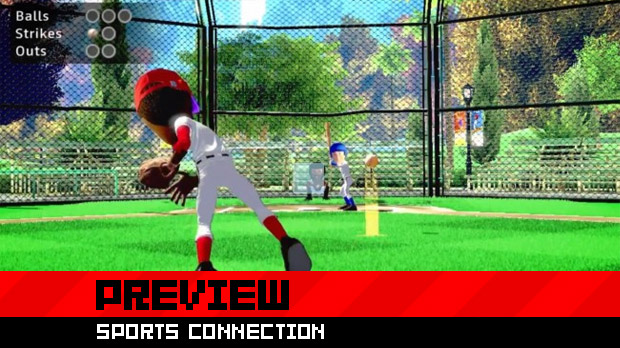 Simple, fun, and oddly addicting, 2006’s Wii Sports is perhaps the game most credible in establishing Nintendo’s early dominance in the casual market. In a fashion similar to Wii Sports, Ubisoft’s upcoming Sports Connection for Wii U aims to emulate that same formula for similar results.

While our demo was very limited, of the six activities, only one, baseball, was playable. The game pretty much plays like a Wii Sports clone with some added functionality for the Wii U controller pad. Perhaps that may not be a bad thing, though — there is a demographic for such a product. Even still, my time with it was certainly nothing to write home about. 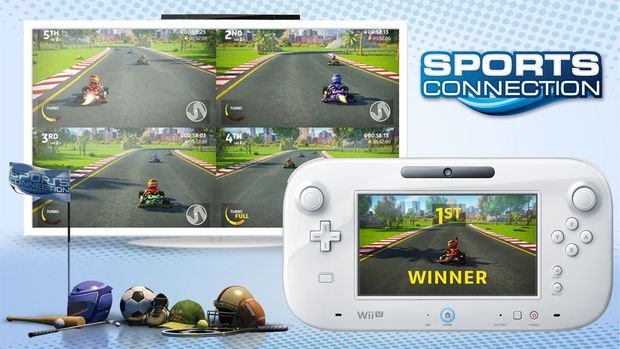 Functionally, Sports Connection plays just fine. When batting, players swing a standard Wii remote as a baseball bat, with the remote’s angle and speed determining how far and in which direction the ball goes if hit. It’s a similar system to ones seen in nearly all baseball games on Wii, and it gets the job done here.

Pitching actually involves use of the Wii U GamePad. Using the stylus, the players draw the direction of their pitch. So if you want a curve ball, just draw the curve you want the ball to take from the mound to the catcher. A more ingenious use of the GamePad comes when you have to actually catch the ball.

When the batter hits their mark, the pitcher changes roles to the catcher with the GamePad acting as the glove. When the ball is in motion, you have a yellow indicator on the controller screen directing you where to aim in order to catch. Keep the controllers centered in the air to catch, or keep it tilted down to catch a grounder. Once both teams have had a go at batting and pitching, the game is over. Again, while not amazing, the mechanics here function just fine. I especially liked the appropriate amount of difficulty that came with trying to catch grounders.

Ubisoft was not showing off anything else from the game, but there is already five-player offline multiplayer for baseball and the other sports, and we did see hints of some sort of an experience-based leveling system. No word yet on an exact release date, but do expect to see Sports Connection to launch day and date with the Wii U this holiday.