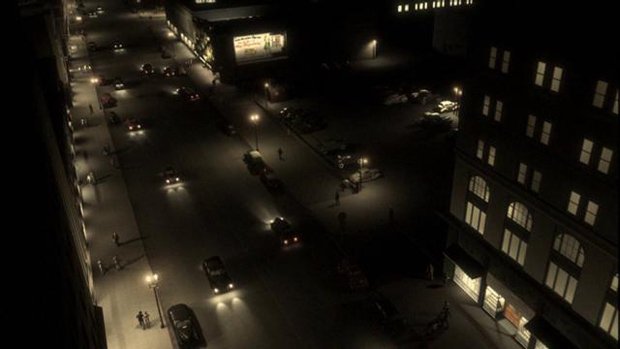 In January of 2011, Rockstar offered a proclamation with no room for alternate interpretations: “L.A. Noire is not a sandbox game.” There it was, clear as day, telling us that this seemingly open world crime-solving videogame would not bear the same “Rockstar” open-world traits. No crime sprees, no insane jumps, and no tanks.

With the game’s release, a common complaint revolves around this very issue: L.A. Noire is not a sandbox game. It’s linear. It’s not an open-world game. Absolutely all of these are true, even the latter, which seems contradictory when the game’s open-world version of Los Angeles is taken into account. Regardless, L.A. Noire is a linear game taking place in an open world, and there is exactly nothing wrong with making a game like that; many of the comments bashing the game for not taking advantage of the open world are seriously missing the point.

So, how do we understand the role of the open world in L.A. Noire? Is it just meant to tease us and try to hide the fact that the game is extremely linear, or is it time for us to change our understand of the difference between open world, sandbox, and what a Rockstar game is?

Why is L.A. Noire’s structure so linear? I’m not rightly sure how to answer this question in a way that is going to satisfy the people who seem so disappointed by the fact that L.A. Noire isn’t a game where you just randomly go to different places and solve crime. It’s linear because it has to be.

An investigation is a line. It starts at one point and ends at another. Between those points, you have choices, but they all fall upon essentially the same line, perhaps with certain deviations. There’s no way around this basic fact. To create a game based on a series of investigations, you have to implement a sense of order and focus that’s built right into the fabric of the game’s structure. How much sense would it make to say “Hey, here’s this totally open world, and here’s this dead body. Go exploring until you find some clues, and maybe do some sweet car jumps along the way.”

Remember when Mafia 2 came out? Many critics had one main criticism of the game (among many others that were entirely acceptable): it lacks the same features that define sandbox games. Yes, it does. It’s also not a sandbox game. Nothing in the game’s premise should suggest to the player that you’re meant to cause chaos and do whatever you want in between the game’s story missions. It’s a game where story is central and the open world is not a license to hang out on a roof with a rocket launcher.

We’re clearly misunderstanding the terms “sandbox” and “open world.” They’re absolutely different, and in many cases, our own disappointment of an open-world game can be connected to our desire for every open world to be a sandbox, especially when it comes to a game involving guns, cars, and a 20th century metropolitan area. A sandbox is a giant area filled with toys; we get as many of these toys as possible and play with them in as many different ways as possible. In a videogame, this normally means driving a bunch of cars into a busy intersection and throwing grenades at the pileup. See also: stealing a car and driving it into a river, using a grappling hook to steal a helicopter, using explosives to blow up hundreds of objectives spread across the whole world, and driving aimlessly for hours.

An open world is different. Sure, it may still allow you to drive around aimlessly, launch a car into a river, or even throw grenades at cars, but it’s not consistent with the feel or atmosphere of the game. While the presence of guns and cars may immediately make us think of other sandbox games, we instead need to break the open world down to its more basic parts. 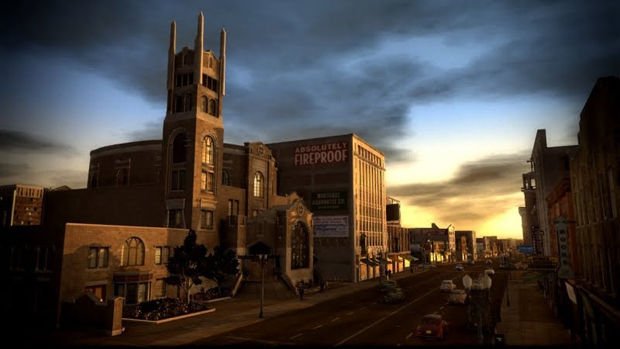 The open world is, just as its name implies, a world. It’s the environment that the game’s story and events take place in: the window dressing that allows us to believe and enjoy what we’re experiencing. It’s shouldn’t be the basis for defining a genre, nor should it define a single game. For L.A. Noire, the open world is all about atmosphere, not simply being an “open-world game.”

When we play as a homicide detective in L.A., we want to have a sense that L.A. itself is somehow important to the cases that we’ve solving. That we’re a part of the world in which we’ve working. That each case isn’t just some disconnected murder taking place at a series of locations that we’re magically teleported to once we’ve found all the clues. Would anyone really want that? Investigations that take place in stages, moving from case to case with no sense that we’re in an actual place. It sounds dreadful.

So instead, we’ve presented with an open world in which we can enjoy a story that moves us from point a to point b. While it may not be a sandbox, it’s still important that those minor choices are there. We can take different routes to a crime scene. We can explore the city if we want to forget about the story for a moment. And best of all, while we’re driving from one crime scene to the next, we get to enjoy a living world as it passes by us, as its sights and sounds penetrate our consciousness and make us feel like we’re there.

Of course, both Mafia 2 and L.A. Noire make some really silly choices that remind us that they are indeed very derivative of sandbox games, and even the smallest choices do a huge disservice to the games as a whole. One of which is Mafia 2’s Playboy scavenger hunt. I mean, it’s an open world game, so there has to be some sort of collectible included, right? Why not scatter a bunch of magazines around the world and make players search environments for them as they attempt to remind themselves that the situations they’re in are supposed to be urgent and dangerous. It was a stupid choice, serving only to make us waste time and remind us that this is, in fact, not a sandbox game. 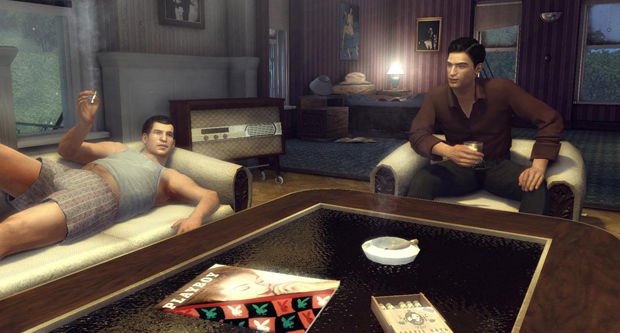 Similarly, L.A. Noire throws in a lot of silly extras that don’t make any sense to the story, gameplay, or atmosphere. The silliest is the tracking of cars that your character has driven. Drive every vehicle in the city, unlock an achievement or trophy. What? Why? We’re expected to take time off from crime solving to walk around and get in and out of cars? And in most cases, we’d be required to commandeer those vehicles. How does that make any sense?

How about the random street crimes that we can respond to? Not a terrible idea, and decently fitting based on the game’s overall premise. But, like many sandbox games, these are repetitive and uninteresting. Go to a location, run after a dude, shoot some people — it’s another example of a typical sandbox element: the side mission. Why do they need to be in L.A. Noire? Do we really need to be distracted from the part of the game that’s actually interesting and central: the investigating? Oh right, we can’t forget the hidden film reels. God.

Open-world, non-sandbox games need a new philosophy to separate themselves from Grand Theft Auto, Just Cause, The Saboteur, and the like. Those games are all fantastically enjoyable when you’re looking to that specific experience, but not every third-person action game in an open world needs to offer that same experience, or even any of the same elements. Instead, stick to a tighter focus and make that core, linear gameplay far more impressive. At least the open world will ensure your game doesn’t turn out like the first thirty hours of Final Fantasy 13. When you put in the first corridor, it’s time to abandon ship. Please.