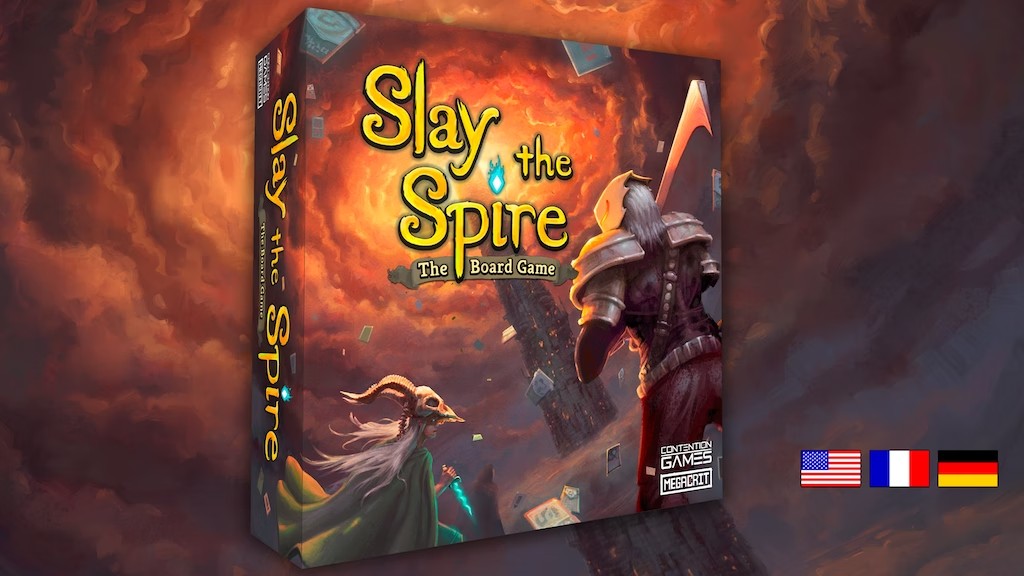 And I could not be more excited

Slay the Spire is one of my most-played games of all time, so it’s always a pleasant surprise to see the little indie game that could from 2017 in the headlines. This time, there’s a Slay the Spire board game in the works, and in all honesty, I’m not much of a board game person, but I am willing to be if it means I get to play a physical version of my favorite deckbuilding roguelike.

Apparently I somehow missed the announcement that Slay the Spire was getting a board game adaptation two years ago, but the Kickstarter page for the project is officially launched. So far they’ve raised over $1.5 million, and I don’t really have any clue how much money it takes to make a board game, but that seems like a pretty substantial chunk of change in my book.

There are four pledge tiers ranging from $1 to $210 — the lowest tier gets you access to updates and the Pledge Manager at the end of the campaign, the $100 tier gives you the base game, the $145 version gets you the base game plus some extras like character play mats and metal coins, and that fancy $210 version gets you the game and a whole bunch of extras, like the aforementioned mats, coins, and some beta art, among other things.

There are already some reviews of the board game up online, and with all the little bits and baubles (that I am bound to lose) it seems that the mechanics are a very faithful adaptation of what we’re used to seeing in the video game. It looks to me like a pretty luxe purchase for collectors and fans of the game, so I’d probably suggest giving the original a few runs before playing if you haven’t already.

Filed under... #Board Games#Crowdfunding#Indie#Kickstarter#MegaCrit#Slay the Spire