Sitting down with The Behemoth

For many Behemoth fans, the wait for BattleBlock Theater has felt like an eternity. In some ways, it really has been, as these past four or five years have been approximately half of a console’s lifecycle.

But what went on during all that time? Surely it couldn’t have all been spent on development, right? I had a chance to sit down with The Behemoth’s Ian Moreno and John Baez, to talk about self-publishing, beta testing, Microsoft, and a whole lot more. 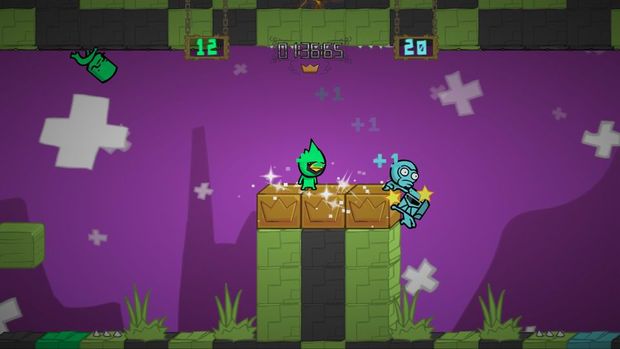 “So knowing what you know now, would you take back any of the lengthy five year development time?”

John – “That’s not to say we will have five year cycles every game, but I look at the world in a different way than other people. I think that the five year time wasn’t wasted. We were always working on BattleBlock. If you’re small developer and want to attend these shows (PAX), it’s going to take away development time. But if you go to some of these other bigger booths, there aren’t always developers there.

The amount we learn from trade shows firsthand is priceless. When we first showed Castle Crashers, we scrapped around a year’s worth of work. It took  us a full year until we could show it again. The only way we could have done that is by doing a trade show. Here we can see hundreds of people play your game and for a small developer, that’s really cool.

“Most games have pretty restrictive deadlines. Since we don’t have that, we can let the design grow organically. Even though from a fan perspective, it’s taken five years, we’ve used every minute of that for the organic growth of the game. I think the finished product shows that. It seems so long. We’re just patient with it: it’s really like writing a book.”

“Did you find it easier having prior success with your other games?”

John – “The advantage of Castle Crashers being so successful is we were able to lengthen our development. We do a lot of the figurine and product stuff ourselves. Yeah we have this epic success to build on.”

“If Kickstarter was as big as it was now, would you have considered it?”

John – “Knowing what I know now? I totally wouldn’t have used it. Now I do a lot of Kickstarters personally as they’re super fun to do. But I think the problem with Kickstarter is that many people think that you have a product that is ready to ship, and you’re ‘pre-ordering’ this product that ‘will’ ship in six months. It takes a lot of time and education that people are paying you money to maybe build a prototype that maybe will go to production.

Most game developers way underestimate how much the game is actually going to cost. It’s a totally legitimate platform, but the designer has to be 100% ready to know what they’re getting into when they take that person’s money. It’s a wonderful platform to understand the innovative side and the venture capitalist side though.”

“You know what though that reminds me. Back in the day we pitched Alien Hominid to around 40 publishers. Maybe 10 of them understood what we wanted to do. But a lot of them were like ‘you aren’t going to sell a million copies, so we’re not going to press these discs.’ So in that regard, self publishing is the best thing that happened to the gaming industry.” 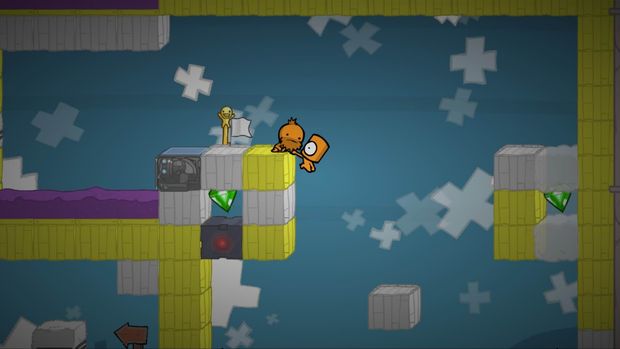 “Would you say the beta has been a resounding success?”

John – “For us? Absolutely. I would have never done this game without a beta.”

Ian – “It’s putting the game into reality. It was good to see a lot of these people and how these moving parts work. I mean, there were no major issues — don’t get me wrong, there were bugs, but for the most part, this is validation that we’re heading on the right path.”

“Are you concerned that online play, with the large amount of modes will be segmented? If players gravitate towards certain modes, others might become ghost towns.”

John – “Well, yes and no. We are still looking to learn what players prefer. One major change we made is the ability to do quickmatch and search for anything that’s open. Not just arena modes, but everything. We’re also hoping to spotlight and showcase community built content. The beta helped in that regard.”

“Are you considering other platforms or are you exclusive right now to the 360? Would you think about PS3 and Steam?”

John – “We always think about every platform. We can’t really speak to exclusivity right now, but the size of our studio makes that a moot point. We don’t have 15 programmers churning out different versions of the game with our small team of around 15 people.”

“How influential was Alien Hominid‘s PDA Games on BattleBlock? Did you one day envision that it would be a full game like this?”

John – “Well, I don’t think it was…that this could be a full game some day. In Alien Hominid it’s his own game he plays on his portable gaming device. I’d say much of BattleBlock is inspired by it, but it quickly diverges into something else. Yeah I’m addicted to it. I would love building super simple levels. It’s like haiku.”

Ian – “PDA is one of those things where it’s like the purist form of gaming. There’s something philosophical about it, with the building blocks. If BattleBlock and PDA Games spoke to each other, one would say I’m your spiritual successor, one would say I’m inspired by you, then they’d kill each other.” 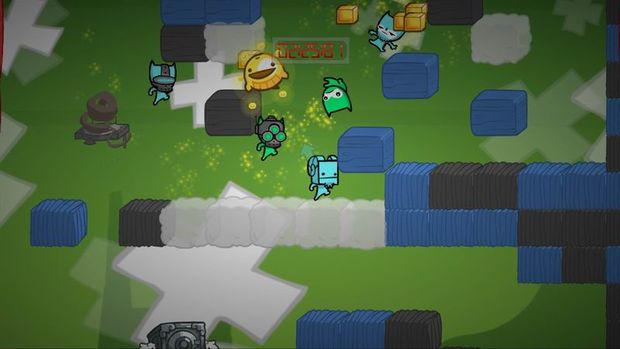 “Do you have a favorite costume or favorite design that you had a ton of fun creating in BattleBlock?”

Ian – “Some of the stuff we want people to discover so we won’t go into full detail. But the cinematics for the story mode are definitely something special. You’re not human if you don’t like these cinematics — they tickle us on a daily basis.

“Were there any holes you had to jump through with Microsoft to perform this beta? Why doesn’t everyone run an XBLA beta?”

John – “Well it is time consuming. Administration is the big thing. There’s a massive amount of work you have to do to make it worth doing a beta. Whether it’s Microsoft, Sony or Steam there’s this admin component that takes up time — not even going into the game itself. It’s a huge time sink. But working with Microsoft, we believe we’re the third XBLA game ever to run a beta and we did it mostly for the online component. So if a developer doesn’t have a big online component, it’s probably not worth it.”

“So you would run a beta on another platform?”

John – “Absolutely if they allowed it. If there was an online component, that is. See that’s the big thing, an online component. It’s just a different mentality that you have to develop with. The beta was a really good thing. It lets us sleep at night.”

“Can one assume that due to the success of the beta did you just decided to pull the switch and launch in April?”

Ian – “Once we actually went into the beta, we pretty much realized we were ready. There hasn’t been any massive change, outside of the details like translations.” 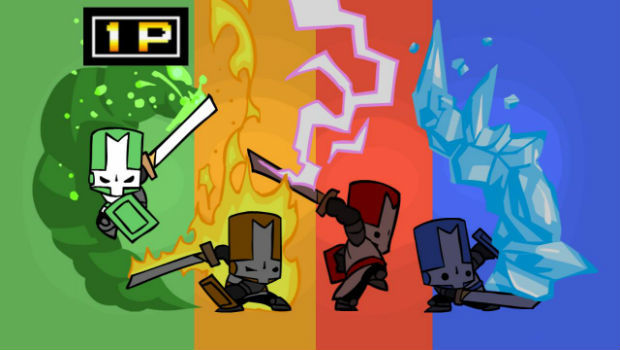 “So if there was a Castle Crashers 2 you obviously can’t talk about it, but are you considering extending the franchise at all?”

John – “We love new genres and new franchises, so you never know. But after Alien Hominid launched, everyone wanted Alien Hominid 2. So really, it’s all about balancing your projects. But we like new things especially.”

“It feels like you’re following the Blizzard philosophy. Creating a small stable of strong IPs to draw from. So it’s safe to say you’re the Blizzard Entertainment of indie developers?”

“So, one of my big questions deals with the massive glitch that erased progress for Castle Crashers players, which made quite a few people angry. Did dealing with that problem influence how you approached BattleBlock‘s development?”

John – “So that was fixed in our title update. That took us a while to figure out what it was. I think it was a six month turnaround. Particularly for that problem, that was something that had never been seen before. So there’s no tests for that. So even with tons of certification testing no one actually thought of that. There’s that problem, and the connectivity problem as well. Then we fixed it to make it back in line with all the other games. Every game after us had that test done actually, and it’s one of the reasons we started our own QA, so I’m glad you asked that.”

Ian – “It’s unfortunate, but I think we’re stronger for it. Moving forward it’s a learning experience. We’re developing this knowledge base and leveling up with new games.”

Stay tuned for our full review later this week to see how the game turned out!