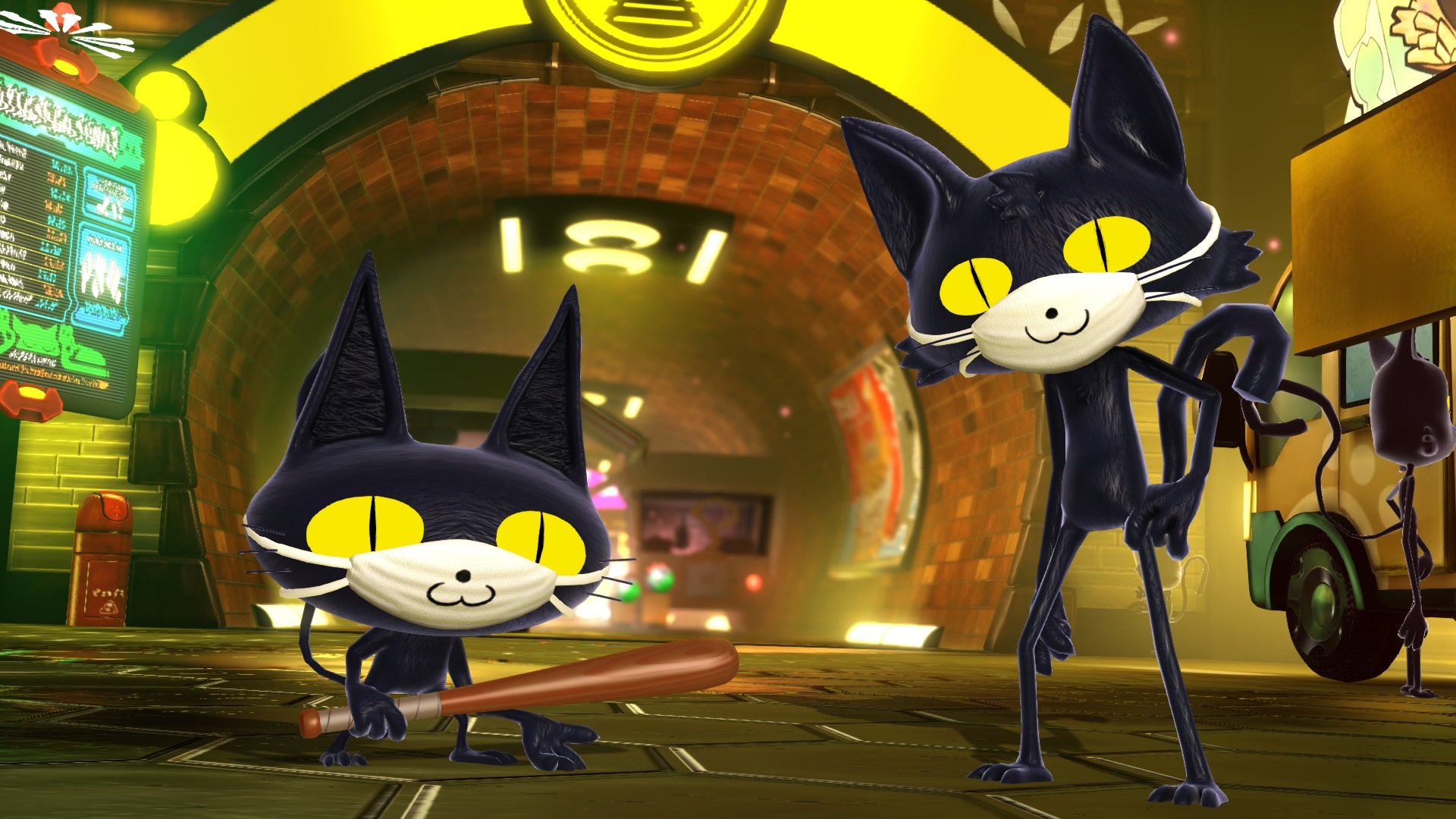 There are big things planned for A Hat in Time — literally. Despite launching about a year and a half ago, developer Gears for Breakfast is still supporting this action platformer in unique ways. For instance, the next add-on implements some functionality that seems MMO-like.

A Hat in Time will get its second DLC on PC on May 10. It’s titled Nyakuza Metro — a name that’s part Japanese organized crime and part Japanese cat meows. This new chapter sees Hat Girl joining a gang, breaking some laws, and recovering some timepieces. All in all, Nyakuza Metro has: 10 new timepieces; a baseball bat weapon; the Rumbi Factory time rift; new flairs (“Nyakuza Mask, Burger Cap, Artistic Vision, and more”); a couple of new badges; a pair of new camera filters; more than 20 new dyes; and stickers to attach to weapons — which is a brand new system.

The most fascinating thing about Nyakuza Metro is that it introduces A Hat in Time‘s “Online Party” feature. This allows people to play in groups of up to 50 players simply by entering a group name. There’s no requirement that you’re Steam friends with these people. As Gears for Breakfast explains to us “You can just enter ‘Destructoid’ as the group name to join everyone else who entered the same name.”

The reasoning for this is part symbiotic benefit, part shenanigans. Players’ progress is combined so that time rifts can be cleared quicker. However, griefing also plays an encouraged role, meaning everyone can “hit, explode, and shake” each other. (Also, the new sticker system serves as an emote function for nonverbal communication.) For anyone who’s worried about getting griefed past the point of having a good time, there’s also a public lobby option where players are grouped up in sets of four, where they can see one other but can’t physically affect anyone else.

Those who have supported A Hat in Time the longest won’t have to pay for Nyakuza Metro. When the DLC launches on May 10, it’ll be free for anyone who originally backed the game on Kickstarter. Everyone else will have to pay $7 to see what this Japanese cat gang MMO action is all about.