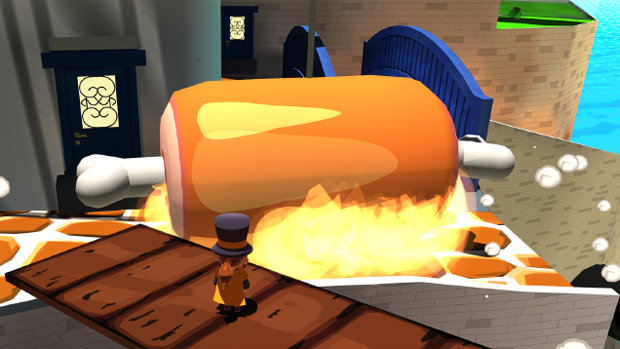 One my most anticipated titles of the year. A Hat in Time, has just launched a Kickstarter campaign with a goal of $30,000. The game is a 3D platforming collect-a-thon for PC inspired by games like Mario 64, Banjo-Kazooie, and Donkey Kong 64. There are pretty much zero games that fit the genre on PC, and the genre as a whole has sort of died out recently.

As far as Kickstarters go, game designer Jonas Kærlev has done exactly what I like to see: an informative video, a pie chart detailing where the money is going, and can show off gameplay enough to get me excited. Not that I wasn’t already excited, because I totally was. If you’re not sure you want to donate yet but are interested in the game, it can’t hurt to throw a Steam Greenlight vote their way for now!

Filed under... #A Hat in Time#Kickstarter