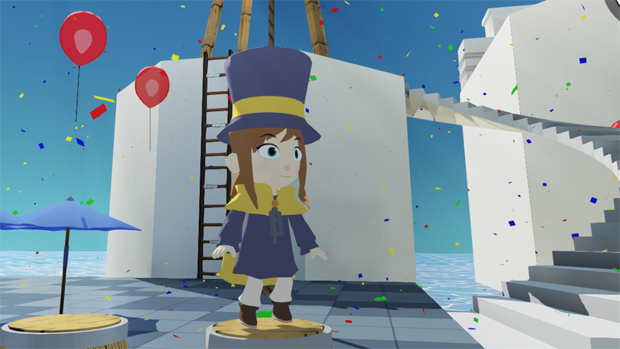 A Hat in Time looks like Wind Waker, is designed like an N64-era platformer, and is coming out for PC.

What? I have to write more than that for this post? Hmm, alrighty then.

To be honest, I remember seeing A Hat in Time a while back, and just assumed it was one of those games that would never actually be developed. I’ve gotten my hopes up before with games that seemed “too good to be true.” This time, however, things seem to be moving along. If you decide to vote for it on Steam Greenlight, you can get official updates as soon as they’re out via the Steam Community.

The official website promises a demo soon, with a full release date of summer 2013. They’re also aiming to release at a dollar, but something tells me that will go up to at least $5.

Filed under... #A Hat in Time#Greenlight