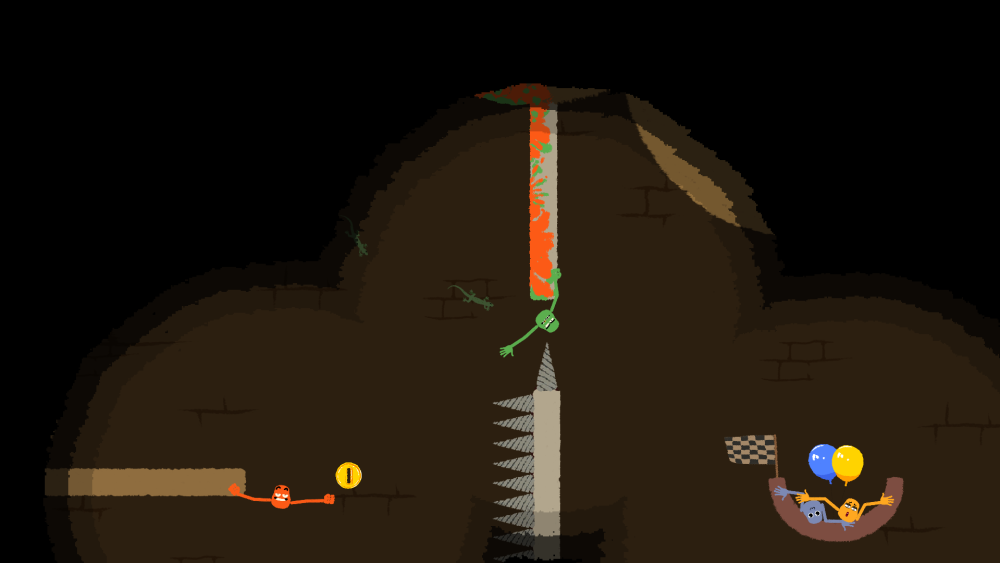 Just a few hours after its initial reveal I stopped by Devlover Digital’s PAX booth to check out Heave Ho, their new cooperative game about working together to swing your weird little legless gremlins towards a common goal.

The game sees a group of up to four players grabbing onto each other’s appendages and traversing platforms and traps, with the aim to get every player to the goal alive. It’s all physics-based and incredibly goofy, but dying results in an almost instantaneous respawn, so gameplay isn’t slowed down by players having to wait around.

You use the left thumbstick to control your flailing limbs and the left and right triggers to latch onto something with the corresponding hand. From there, it’s all about avoiding traps like deadly spikes and forming human chains with the other players in order to gain enough momentum to launch yourself on to distant platforms.

If you don’t have any friends around to tackle the cooperative mode, never fear, as there will be a single player mode. However Heave Ho truly feels at its best with a full four players. They’ll also be a competitive mode that pits players against each other in a race to the finish. The stages are all filled with crazy animations like diving birds and weird looking llamas to serve as distractions, and you can deck out your character with a ton of customization options. The first thing I did was dress my little arm monster up as Solid Snake.

Heave Ho was easy to pick up but challenging enough to keep me and the three others demoing it at the booth struggling to work together, though it never felt overly frustrating. Due out this Summer for PC and Switch, it looks like Heave Ho will be joining my party game rotation, alongside Mount your Friends.