One of the best things about this generation of videogames is the sheer diversity of what’s around. Tried and tested genres are evolving and mutating under the influence of next gen technology. Indie developers are making a comeback and bringing with them all kinds of delicious left field malarkey. The Wii and DS are allowing the creation of whole new genres and attitudes towards playing games, and the entire industry is at the point of bursting out in all kinds of new directions like a bucket-load of fungus spores.

There are games for everyone to enjoy, and every kind of gamer can personalize their collection to suit their own tastes, lifestyle and approach to gaming. Of course, not everyone’s going to like everything, but given how wide the spectrum of gaming is nowadays, there’s more than enough  potential for us all to be able to enjoy something in almost anyone else’s library.

There are still however, some game collections which no-one but the owner can enjoy, and with very, very good reason. Read on to find out just what that reason is. 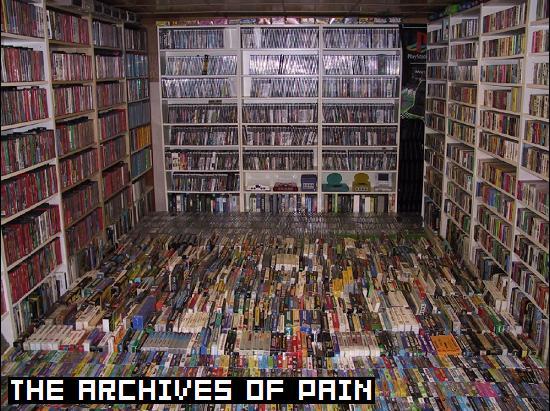 The workings of the universe are a mystery to us. After millenia of attempts to understand them through science, religion and plain old hard drug use, mankind is still bereft of a manual and continues to find itself desperately jamming the buttons at random in order to crack the code (and this is one of those frustrating rare cases in which up, up, down, down left, right, left, right, B, A does not apply).

Some believe the universe to be sentient and have a plan into which we all fit and play our part. Others dismiss this, but still believe in a natural balance and flow to things which co-ordinates the patterns of our lives and controls the direction of our energies, so as to bring our metaphorical digits to their intended resting place within the great equation of existence. Some other people believe that we are in complete control of everything, while some think us the swirling socks in the washing machine of universal chaos. And other people… Other people are Tom Cruise.

Whatever systems by which the universe may or may not work though, the tragically unfortunate gamer has only two options with which to explain existence. If we wander free throughout life as architects of our own destiny, then he is unnaturally unlucky and devoid of the personal qualities required to help himself. If the universe has thought patterns, then it god damn hates him.

Every game he owns is awful. There is no kinder way to say it. A lot of the time the situation comes about simply through a lack of knowledge. He well may be blindly unaware of his predicament and continue to play happily, eagerly loading up each steaming poop stick of a title in much the same way that the uninformed cows of the world think that the trip to the abbatoir on Friday means that they’re finally getting that sight-seeing holiday in France they’ve always wanted. 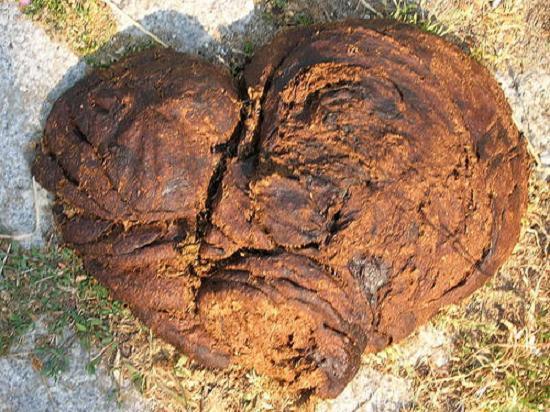 If he has any inkling of how much crap he owns, the chances are he’s heavily in denial and will defend the feet upon feet of steaming pustulant dog cock on his shelves with vaguely worded proclamations to the non-believers about having to take the time “to really get it”. He’ll be happy to do this, and given the fact that everything he owns contains an equally herpes-like level of fun he’ll get away with it too. With nothing better to compare it with, he’ll adjust his standards of fulfilment, downgrading his definition of entertainment just like a man who’s lived in a ditch since birth will tell you that mud’s a perfectly good substitute for furniture.

A lot of tragically unfortunate gamers have boundless enthusiasm for the activity. You’d have to, to have stayed at the banquet table after being served seven courses of rotting badger. Obviously this is one of the most admirable of personality traits, but in the tragically unfortunate gamer it is often combined with an unhealthy dose of naivete and all mixed together with the dirty spoon of limited critical faculties. With a small dash of education and a pinch of direction, everything would have tasted much sweeter.

Often but not always on the fringes of gaming culture, the tragically unfortunate will be fully aware of the fun – as he sees it – of videogames, but won’t have any of the contacts or information sources he needs to allow him to make a good purchasing decision. Like a lost kitten taken away from its mother too soon, he’ll wander the games stores still half blind and unsteady on his paws, latching onto the first promising game he sees in order to simply grab hold of something. His decision-making tools in regards to what constitutes as promising are blunt and inefficient, and buying a good game is to him like trying to cut a diamond with a plastic picnic fork.

His problem is that he thinks all games must be good – Hey, if they were crap, they wouldn’t sell, right? – and his methods of choosing which must be extra good are woefully misguided. Long-running franchise with 8724 entries? If it’s been around for that long and been improved 8723 times in a row it must be good. It’s got a movie license you say? Good lord, it must be fantastic! No-one would spend that much money before even starting production if they didn’t have a sure-fire quality hit on their hands, and there’s no way a studio would allow their valuable property to be sullied with a substandard piece of merchandise. It’s being by published EA!? By the incandescent light of the very heavens! It will be solid gold! No company gets that big by peddling pap! 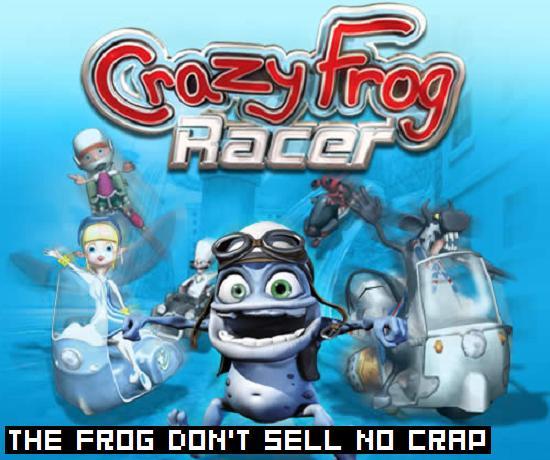 While it’s unlikely that he often reads the gaming press, on the occasions that he does, he knows exactly where to go. It’s the official magazines every time, because let’s face it, if you’re official, you’ve got to know what’s going on. Just who do these independents think they are anyway? Ye gods, some of them even boast about their outcast status, as if being shunned from the embrace of the CEO were a good thing. They only give games bad ratings because they’re jealous of the official magazines. It’s obvious. Just look at how happy and full of sunlight those guys’ scores are by comparison. And if after all that he’s still unsure of which piece of disc-shaped orgasm in a box he’s going to pick up, well, there’s always the box art to help. Oh, and the graphics too.

The weird thing is though, you’d assume that simply by the law of averages he’d have to have bought something good by accident at some point. But no. This guy’s karma leads you to believe he made a career out of bare-knuckle puppy fighting in a past life. And perhaps he did.

In the words of Niero, gaming at this guy’s house is like pulling teeth. The horror will start slowly of course. You’ll spot one or two bad games on his shelf and think nothing of it. After all, we all drop our credit card on a clunker occasionally through bad information or a blip in quality from a usually reliable developer (A pox on your house, Timesplitters: Future Perfect!). Your eyes will then skim along to the next game in the row. Also crap. Oh well, the reviews weren’t all bad.

But then you’ll look to the next, and the next, and the next, and you’ll rapidly develop that trapped, sinking feeling you last had at the school dance when you realized that all the hot girls were taken and the big fat cross-eyed chick was drunk and heading your way. But unlike back then, you won’t be able to throw a chair at his head and run for your life. The games he plays may be less fun than sticking live cockroaches behind your eyeballs, but there’s so much more out there that he doesn’t know about. He loves gaming and there’s so much he could get out of it, and you could help him… You could make his life so much better if you’ll just persevere with him…

So you’ll take the pad, you’ll sit down, you’ll grit your teeth, and you’ll enter a whole new world of pain in the interests of diplomacy. Don’t worry. The crying will be over as soon as you’re too numb to feel.

You don’t want to know.

Always invite him to your house to game. Carefully select your playing list before he arrives, picking out games which are generically similar to the pap he plays but far, far better. Ease him into the good stuff and most importantly, lend him a few games so that he doesn’t go back to his old ways when he gets home. Always avoid playing at his house until his collection improves, unless of course you have access to vast amounts of morphine.

Chapter 6 – The One Game Gamer