Once again, it’s Thursday, meaning the time has come to roll out this week’s chapter of the Guide. Follow me through the jump, where you’ll find another gamer archetype analyzed, scrutinized, dissected*, and moderately lampooned for your persual and delight.

This week’s chapter is coming a little later in the day than originally planned due to malevolent ninja intervention**, but being the hardy, manly sort that I am, I’ve fought through those difficulties for the good of you, our readers, meaning that gamer number 10 is but a click away.

* Dissection will unfortunately be metaphorical only in lieu of the arrival of our surgeon’s licenses. Don’t worry though, we’ve found a web site which we’ve been assured can qualify us.

** The malevolent ninjas intervened by messing with my router. I didn’t actually see them do it, but the whole job positively reeked of ninja. 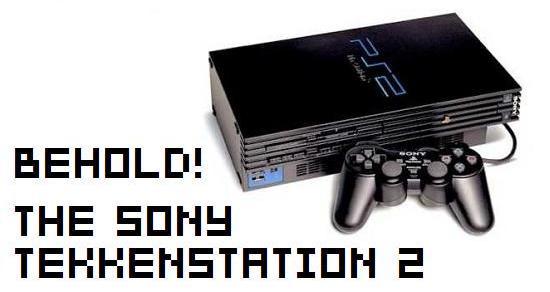 The modern gaming climate is an incredible phenomenon. The rapid advancement of technology over the last couple of generations has put the creative minds of our favourite industry in a position where they can now make almost anything a reality. Old genres can be overhauled with all-new HD graphics, and complex physics engines allow all manner of new possibilities for interactivity. Online technology facilitiates connections between vast numbers of gamers and their chosen game worlds in ways which were mere fantasy a few years ago, and new innovations in control input are bringing about almost limitless scope in what a game can be and how the player can manipulate it. Gaming really is an endless buffet table of almost infinite flavor and texture now.

There are some gamers however, who don’t seem to care about any of that.

The one-game gamer realizes how much is available, but just doesn’t seem interested. He is aware of the vast spectrum of gaming available to him, but somehow, it just all feels peripheral to his needs. The ongoing march of development and cross-pollination really does seem to be a waste of time to him, as the games industry has clearly already produced the pinnacle of its past and future achievements, and he already owns it. 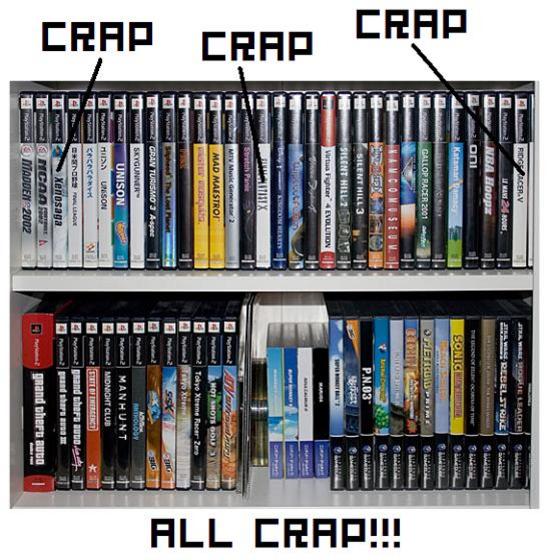 There was a point, probably several years ago now, when he wandered the videogame landscape like a nomadic ronin, dabbling in the many varied experiences of gaming, but never really finding one which felt like home. Now however, he is fully aware of his place in the gaming environment at large, and having moved in his furniture, redecorated, filled the place with knick-knacks, and put his feet up in front of the TV with a cup of coffee, there’s no way he’s ever moving out. He knows which game, and which game alone, is worth playing, and the disc-slot of his console has been glued shut once and for all, lest anyone ever try to make him change what it contains.

Since he found his game, everything else has been so much an irrelevent diversion. His game is not only the absolute height of its genre, but is so good that it transcends genre, providing everything anyone could ever want in a videogame experience in one title alone. Show him anything else, on any format, from any era, in any style, and while he might nonchelantly prod the buttons for a minute or two, the look of distrust on his face will say it all. He’ll know from the start that it isn’t going to be as good as his game, and a two minute fumble with the controller is all it will take to prove him right.

However, while you should never point it out to him, the chances are that his game isn’t actually that good. It’s probably thoroughly enjoyable in its own way of course. After all, none but the most misguided videogame elitist would spend every waking hour pouring his energies into something bad. But the defining moment of the whole medium? Maaaybe not. Something other than pure game quality alone is at play in the one-game gamer’s attitude, although he’d never admit it to you himself. 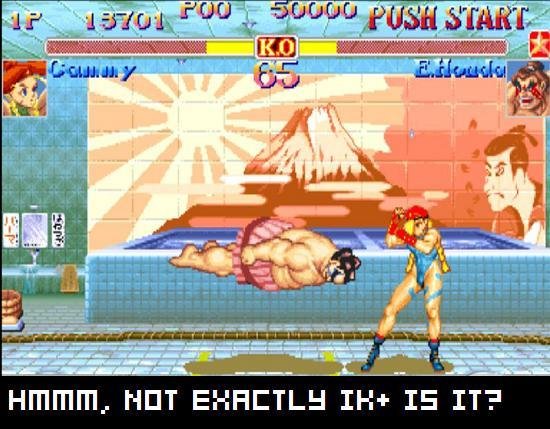 Sometimes a strong community based around a game causes this devotion, and there’s nothing wrong with that at all. A strong social element based around or within a game can make a good experience great if the right people are involved. As much as gaming is a technology-led medium, it is nothing without the human element, and a strong sense of camaraderie can quite easily overtake gameplay as the driving force for participation.

At other times, the game in question may be a security blanket, an early gaming love which introduced him to a genre, and which, shielded by a thick shell of nostalgia and a personal connection, has remained preserved in its perfection to his eyes, as flawless and fresh now as it was the first time he ever laid thumbs on it. New and more advanced variations may come and go, but none of them will ever have the same feel as the game which started his passion. Like sleeping in your own bed for the first time after coming home from a vacation, the old favourite might not be as technically impressive as other examples, but it just feels right.

There is one kind of one-game gamer however, who is as such for much less benevolent reasons. There is unfortunately a certain type who only plays one game because he can only play one game. He’s mastered his chosen title, developed a formidable set of skills, become rather good indeed at seeing off the competition, and now absolutely refuses to go back. He’s put months of his life into honing his now considerable abilities, sacrificing sleep, social events, and the health of his previously non-calloused thumbs in order to become pro, and there’s no way he’s letting his now godlike image become fractured for the sake of playing a game he doesn’t know. 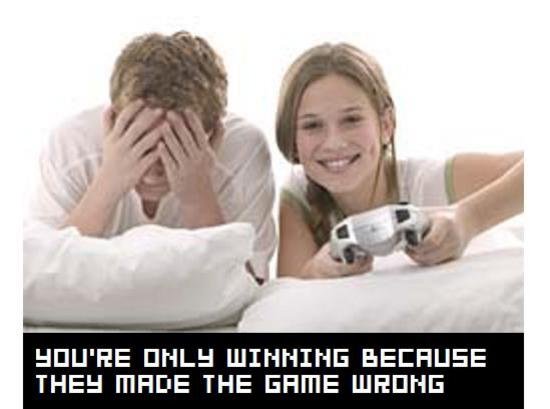 If you’re playing his chosen game with him, he’ll be perfectly happy, quietly show-boating his talents, knowing that this is the one game that no-one in the room will beat him at. Suggest anything else however, and the icy look of scorn will freeze your controller solid before the words even come out of his mouth. Those words are guaranteed to be a set of hastily ad libbed reasons why the game you are suggesting is not only terrible, but makes you a terrible person for insulting him with the offer, and will never be played in his house. A few months later, when he’s quietly bought a copy and put some practice in, you may well find he’s changed his mind completely about the game’s quality, but until then, you have no chance.

While a number of one-game gamers stick with older titles, claiming that “They just don’t make them like this any more”, most prefer more modern, well-known fare with a large community element. World Of Warcraft is frequently a game of choice, as is Halo. There are also franchise variations, such as the Final Fantasy loyal, and a great many will buy one Nintendo console every generation simply for Smash Bros. The show-boating one-game gamer will naturally always go for titles with a strong competitive element, so beat-’em-ups and shooters come up very often.

Learn to love their game as quickly as you can. It’s the only way you’ll ever enjoy any multiplayer with them. Other than that, never spring a new game on them unexpectedly. Venturing outside of their safety zone will be a massive, if not impossible step for them, so it’s best to let them quietly take the initiative, lest the shock to the system cause irreparable damage.

Filed under... #A Guide To Recognizing Your Gamers