So here we are again, at the beginning of the newest chapter of our gaming field guide. I’m sure you all know the drill by now. Each week we take two archetypes of the 21st century gaming world and analyse their traits, play habits and peculiarities, in order to arm you with the knowledge you may well need to survive an encounter in the wild.

It’s a dangerous and unpredictable world out there, so follow me through to the other side of the jump, where this week we take a look at Technical Gamers and overzealous Caucasian Japanophiles. 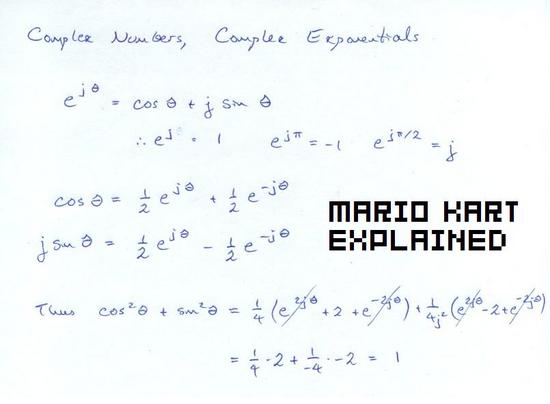 There are some sights in life that are very impressive. There are even some which leave such a powerful impression as to create a sense of temporary disbelief in the viewer. One’s first ever sighting of an early summer sunset as it ignites the sky with peach and purple. The majestic vision of a buffalo herd comprising thousands upon thousands sweeping across the dry wilderness on its annual migration. The sight of one’s own child being born. All of these have been described as “unbelievable”, and will be countless times again. But none, I guarantee you none, can compare to the hallowed sight of the technical gamer in action.

It’s not just that he’s good. Mere practice and reflexes alone will not bring a player up to his standards. No, his advantage is one which sets him apart from the rest of us on a fundamental level. He doesn’t merely see the on-screen action, then react and learn as is the norm. He sees through the surface of the game, and manipulates its very inner mechanics on a base level; enemies, textures and environments becoming the mere window dressings which garnish the bare engine he holds in his hands. 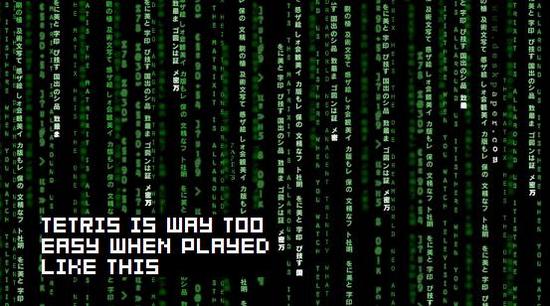 He is the fully awakened gaming Neo, seeing through the facade of the Matrix and into its basic building blocks, which he toys with like a child’s plaything. Not allowing himself to be distracted by music, plot, or graphical effects, every rule by which the game operates is as clear to him as the sun, and knowing that the game cannot break those rules, he exploits them and dominates completely. Playing games as physics or mathematics projects, he quickly became bored of the split-second timing required by todays beat -’em-ups once he started pondering over which fraction of the split-second to strike at, and a Quake 3 rocket launcher has almost become a teleportation device in his hands.

To him, those FPS guards are simply AI scripts with targets attached, and once he understands their limitations, it’ll be “Boom! Optimum placing of firing-co-ordinates shot!” before his location’s even been processed. In a game of Tekken, he isn’t fighting an opponent. He’s merely witnessing a series of input windows flashing before him, and reacting to each with the correctly chosen and timed response for reducing the computer’s energy variable, while simultaneously minimizing the length of the response windows it has available. And Ikaruga? Simple geometry and rhythm. With the bullet pattern algorithms understood, he could play it blindfolded.

So how did the technical gamer become this human computer, able to match and beat the machines he goes up against on their own terms? As is the case with most extreme gamer-types, the possibilities are many. 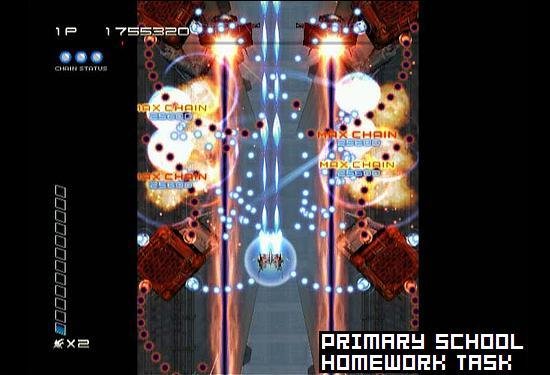 Some have just played too often and become too good, transcending the peripheral trappings of videogames to evolve and become able to meet the computer’s programming on an equal footing. Others, in a similar manner to some PC snobs, have always been technically and scientifically minded, and have simply decided to bring their outside expertise to the realm of gaming, perhaps deciding that blowing Street Fighter 2 wide open was a more fun idea than a traditional physics practical. In others, technical gaming may be a symptom of obsessive-compulsive control issues brought about by a fear of chaos; the power to understand and manipulate every variable in life bringing about a feeling of security. And others still, may well just be plain autistic.

The faster and more complex the better. The technical gamer lives for lightning processing and ever deeper physics engines to understand and exploit. Platformers are pointless frivolities to him. He did admittedly enjoy N for the five minutes it took him to complete the game, but most examples of the genre are far too lax in their rules to be stimulating. Punishingly hard Japanese shmups however, are his bread and butter, and if he controls both ships at once, one may even last him an afternoon.

Respect their powers, be impressed by their feats of gaming prowess, but never play them at Virtua Fighter. The resulting shock to the ego has been known to cause death before now. 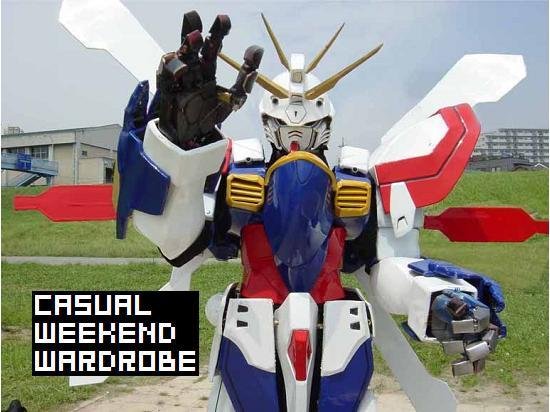 Finding insufficient stimulation in his immediate surroundings, the western Japanophile spends his days gazing whistfully off into the east, looking for inspriration from his adopted spiritual motherland. Dissatisfied with what he sees as the restrictively conventional culture of the west, he yearns for a land where a spirited young otaku is free to gallavant across neon-drenched cities strapped into his own personal mech, while wide-eyed anime girls and cyberpunk street bikers look on in awe of his multicolored speed lines.

He wants to adventure out into the bright sunshine of an ancient and engigmatic countryside, seeking mystery and idiosyncratic yet friendly ghosts. He wants to discover legendary cursed swords in picturesque temples, and use them to liberate cute and amiable tribes of woodland creatures from tyranny, before jacking himself into a hallucinogenic cyberspace and zipping back to the city for a well-earned can of Pocari Sweat and a game of pachinko. He wants so badly the crazy, quirky, high-tech lifestyle he’s seen in so much imported media, and his western Caucasian middle-class existence just can’t provide it. If only he’d been born on the other side of the planet, things would have been so different. But fear not, life will be good once he gets over there and finds his long-lost true family of cybernetic ninjas. 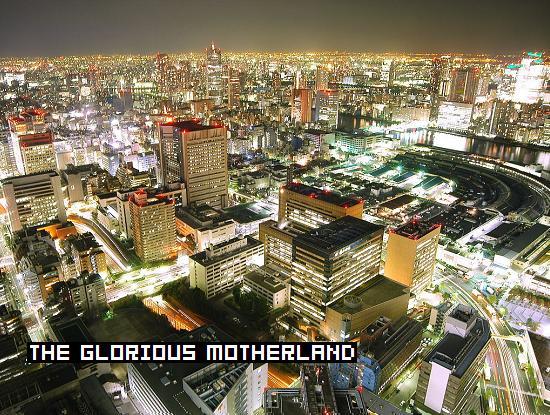 To satiate himself until he eventually makes the move “home”, he surrounds himself with all of the Japanese pop culture he can get his hands on, wearing only imported Japanese clothes, listening only to J-Pop and J-Rock, and watching enough obscure anime to embarrass even the biggest Japanese geek. And naturally, this cultural cocooning has inevitably led to gaming.

Of course he knows that Japan is the true home of the videogame (just don’t mention Nolan Bushnell). As such, he is a purist, and will only touch the Japanese version of a Japanese console (of which he has every one), and even imports additional Japanese controllers so as not to dirty either his hands or his machine with the second rate materials palmed off on the western philistines. In terms of games, the weirder, and so as he sees it the more Japanese, the better.

To the Japanophile, an incomprehensible title is only ever so because of the western inability to grasp Japanese culture, and so as a mental resident of Nippon he must plough through as many of these as possible, even if he hasn’t got a clue what’s going on. The only thing better than a weird and obscure game is a weird and obscure game licensed from something weird and obscure, giving him a cultural double-hit of eastern elitism. A game based on a little-known manga gives him two new media avenues to explore, and speak about with assumed authority around his DC Comic-reading friends. It doesn’t matter whether he understands any of it, because he can guarantee they’ll never even have seen it, and so his mere ownership of the property makes him more Japanese than them, and therefor the winner. 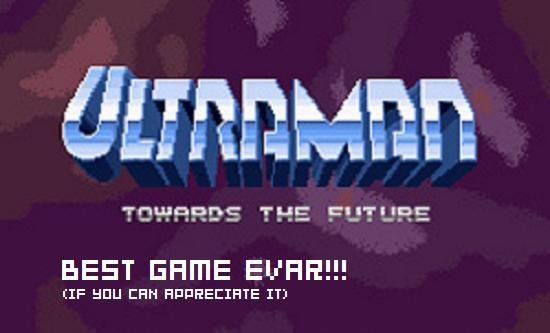 He laughed long and hard with pity and derision when the Xbox was announced. An American console? From Microsoft, of all western philistines? Didn’t they know that videogames only come from Japan? Expecting anything else would be like trying to extract honey from the teat of a cow (Again, don’t mention Atari). And how smug he was when the PS2 triumphed …

His laughter broke across the land again a few years later, when the 360 was announced. Naturally, he couldn’t believe they were trying to affront all natural laws of gaming for a second time, but thought it would be at least amusing to watch them fail again, with their pitiful array of “pretend” games.

But then Capcom signed up. And so did Sega. And Namco! But it was okay. They were clearly making an ironic statement and simply mocking Gates-san by releasing their games on his machine. And besides, the Wii was coming up and the PS3 couldn’t fail … But then something strange happened and Mistwalker released a game called Blue Dragon. Not only that, but it was part of that most Japanese of all genres, the RPG. And Akira Toriyama was involved, and the Japanese seemed to love it, and, and… 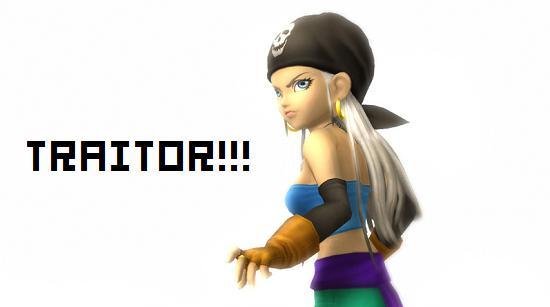 But then it hit him. Far from being seduced by the west (Philistines!), his noble, adopted Japanese brethren had clevery commandeered the 360 for themselves, assimilating it into their own culture and making it worthwhile. They had saved the machine from the Americans and once again asserted their gaming authority over the rest of the world. So he bought one (a Japanese machine, of course), imported a copy of Blue Dragon, and merrily played through it in its original language. He didn’t understand any of what was going on of course, but that didn’t matter. He was keeping things pure.

Anything with a twelve word title making little translated grammatical sense, ideally featuring cyborg raccoons on go-karts in space. And a flying whale.

While it may be tempting to engage him in light conversation regarding shared Japanese media interests, this plan is unwise, as the serious Japanophile’s tastes will always be infinitely more in-depth and obscure than yours. Unless you are one yourself, being taken seriously in this area will be hard, so the best plan is often often simply to admit your cultural inferiority. Unless of you course you have any Japanese relatives, in which case he will follow you around like a lost puppy for the rest of your days.