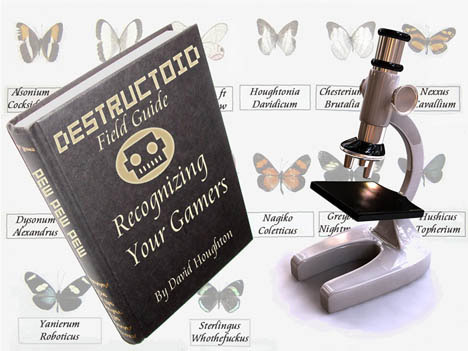 Welcome, my friends, to the second part of Destructoid’s ongoing field guide to the anthropology of the various modern gamer sub-species.

Before we go on with this week’s study, I must confess that only one of the two breeds I had planned to detail in this chapter has actually made it in. However, this is purely down to the fact that upon starting, I found that said strain provided me with more material than I had originally banked upon, and so a cut had to be made in the interests of brevity. Fear not though, as I shall make it up to you next week.

And now, onwards to chapter 2 … 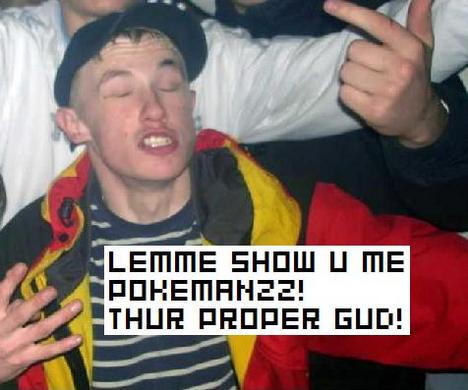 Ah, the noble British chav. An intrinsic part of the nation’s rich cultural history, he’s right up there, standing shoulder-to-shoulder with military imperialism and the bubonic plague in the catalogue of English greats.

Essentially the inner city UK redneck, the chav bumbles blindly through life, careening randomly between drunkenness, drunken violence, and the nigh-weekly drunken impregnation of anything female with low enough standards. His IQ as low as his tally of illegitimate children is high, his combination of bone-idleness and a scientifically impossible level of stupidity gives him a very narrow shot at achieving anything more productive in life than kicking empty beer cans around the bus station on a Saturday afternoon. (Though in his mind, that’s serious training for his future job as England squad captain.)

He may sometimes fill his time by shambling around the local shopping centre, uncannily evoking scenes from Dawn Of The Dead as part of a group of his kind (Collective term: A Drool), but that sort of behaviour tends to get saved for “big days out”.

His habits and haunts are limited and predictable, every weekend beginning with a brief stop-off at the nearby high school to pick up his woefully underage girlfriend, before whisking the glue-addled young lady off on a sophisticated and romantic mystery tour to the nearest purveyor of low-grade cannabis resin, cheap speed and ecstasy. (Provided he’s remembered to pick up his unemployment benefit cheque that week. Oh Mother does beat him so when he doesn’t get out of bed in time.) 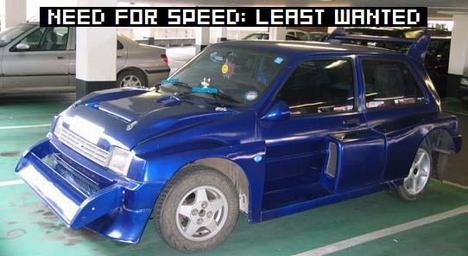 The rest of his weekend will be spent tearing up and down the high street in his crumbling wreck of a Vauxhall Nova, which is by now collapsing under the weight of however many incongruous spoilers and neon lights he’s been able to attach to it, and looks like a bastard cross between the Back To The Future II DeLorean and the Clampett-mobile. Undeterred, he will continue in his mission to burn the eyes of all on-lookers with its greatness, driving back and forth for hours on end, in a bid to culturally educate all within earshot to his nigh-classical collection of “proper bangin’ choonz”. (In actual fact the sound of a terminally coked-up chimpanzee babbling endlessly over a sample of a man beating a metal trash can with a stick.)

If bored, he may also take the time to beat up some “goffiks”, whom he will identify as anyone he sees without a shaved head.

“But what has this got to do with gaming?”, you may well be asking by this admittedly delayed point in proceedings. Well the answer is simple.

You see, much like Mr. Romero’s aforementioned zombies, the chav is slowly evolving to adapt to the modern world, and is now learning to utilize simple tools. And the most recent of these is the video game controller.

As is the case with all of his tastes, the chav’s gaming preferences are narrow and limited, but he’s a godsend to certain areas of the industry. Ever wondered how EA can possibly be so successful while churning out such turgid, uninspired pap? The chav gamer single-handedly keeps them going by blindly lapping up that crap all year. He only ever plays games that fit his limited worldview and appeal to his perpetually stroppy, adolescent mindset, and thus sports games, violence, and loud, pimped-out cars are the be all and end all of the medium as far as he’s concerned.

He’s an absolute gift to the world’s lazy developers, and given the rate at which he reproduces (Most chavs still haven’t made the causal link between sticking that thing in that place and a baby popping out nine months later. It surprises them every time.), he’s the gift that keeps on giving.

But he doesn’t even play good examples.  A lobotomized brick on morphine has finer and more nuanced critical faculties than the chav, and he wouldn’t grasp the difference in quality between Street Fighter Alpha and Thrill Kill if Capcom gave him a seminar (using monosyllabic words, obviously). Try as hard as you might, if you attempted to debate the issue, you wouldn’t get any further than “But iz got blood and a bondage bird. Iz top!”.

And then he’d probably stab you.

Easily swayed by hype and advertising, he doesn’t read the gaming press (on account of not being able to read) and so is unaware of anything apart from the big shiny boxes at the front of all the high street stores. It’s all about Saints Row, Mortal Kombat, Def Jam, EA Sports updates, Need For Speed and GTA (Well, apart from “the one with the gay ‘80’s choonz”.). These and these alone are the chav’s gaming world, and if a title doesn’t pander to his low-budget, failed gangsta-wannabe aspirations, it’s worse than worthless, offensive to his sensibilities, and very probably “proper gay”. 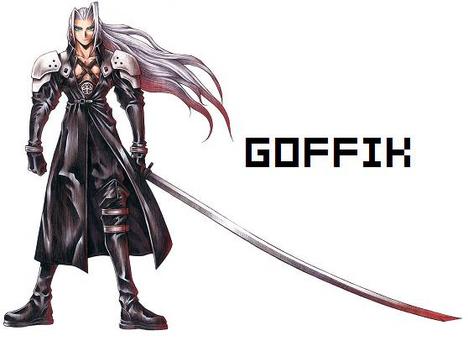 Similarly, he’s probably never owned a console without a Sony logo on it, and never intends to. He’s had a PS1, a PS2, and when he can find somewhere to steal one from he’ll get a PS3. Mention either Xbox, and he’ll immediately slip into a primeval, pidgin version of the modern fanboy rant, albeit one centring around the knife in his pocket rather than the Cell processor or PlayStation Home. Mention the Wii and his reaction will be one of mixed laughter and terror. Of course, he’ll scoff at “That proper gay fat bastard plumber jumping crap”, but secretly he lives in mortal fear of ever even touching a Wii remote, lest its phallic design turn him into a raving homosexual in an instant.

Of course, his girlfriend may well own a DS, but that’s unsurprising. With titles such as Nintendogs, Pokemon, and Pony Friends, the machine appeals to a lot of thirteen-year-old girls.

If you’ve read any of the above, you should by now have realised that you should do everything in your power to avoid ever being in any kind of social situation with a chav, let alone a gaming scenario.

However, if you ever are that horrendously unfortunate, the safest course of action is undoubtedly to call him a “goffik” and make your escape while his surprised friends beat the hell out of him.