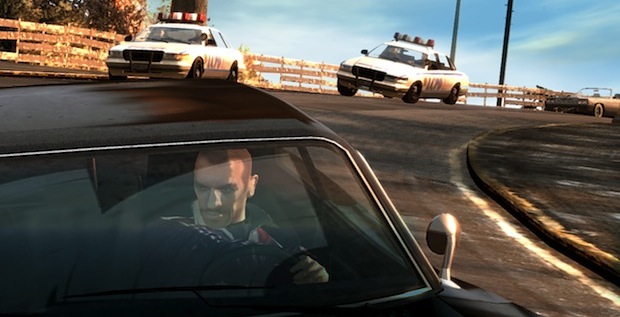 A Grand Theft Auto flick might have happened had Ron Howard not inadvertently put the brakes on the budding project.

Speaking to Game Culture, writer and director of “Gamer,” Mark Neveldine, talked up his involvement with a Grand Theft Auto movie, saying he was set to script it and put in a marathon session to get familiar. But a rights collision with Ron Howard’s 1977 flick “Grand Theft Auto,” and plot disagreement brought it to a halt.

“There is a rights issue,” he said. It was a movie originally directed by Ron Howard. And because Rockstar games made a videogame, there is some battle of who can use the title.

“You can’t make it about the game,” he added. “It got to be a headache and we said we would rather not get involved in it. I think someone ended up writing some version of it to re-make the movie, but that isn’t our interest, ours was bringing a videogame to life.”

GameCulture Exclusive: Mark Neveldine on How GAMER Started as a GTA Movie [Gamer Culture, via TechDigest]