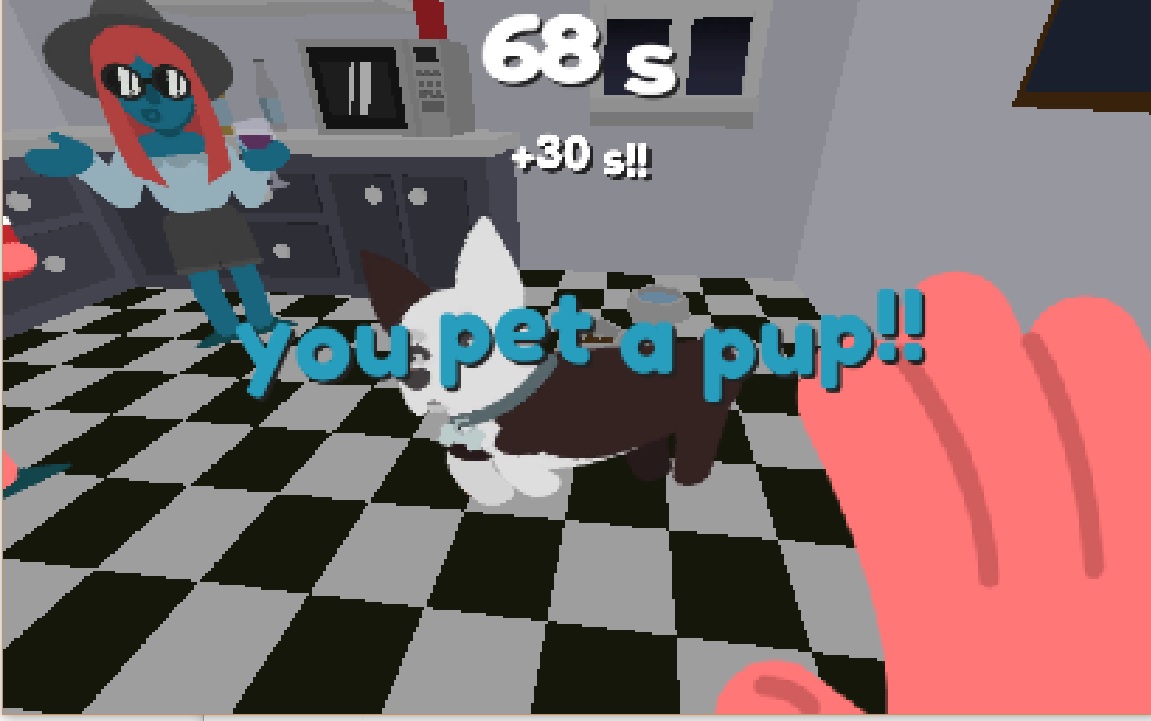 Pet the Pup at the Party is an excellent little game about, well, petting dogs and avoiding awkward social interactions. It’s one the silliest and most relatable games I’ve played all year.

Here is a breakdown of what you do in Pet the Pup at the Party:

If you’re the kind of person who can’t fathom why someone would go to a social gathering and immediately seek canine companionship instead of human interaction, there’s a good chance that Pet the Pup at the Party isn’t for you. That’s okay. For the rest of us, it’s a fun (and super replayable) Real Life Social Anxiety simulator, except instead of stress and fumbled “hellos,” there are good vibes and better dogs. 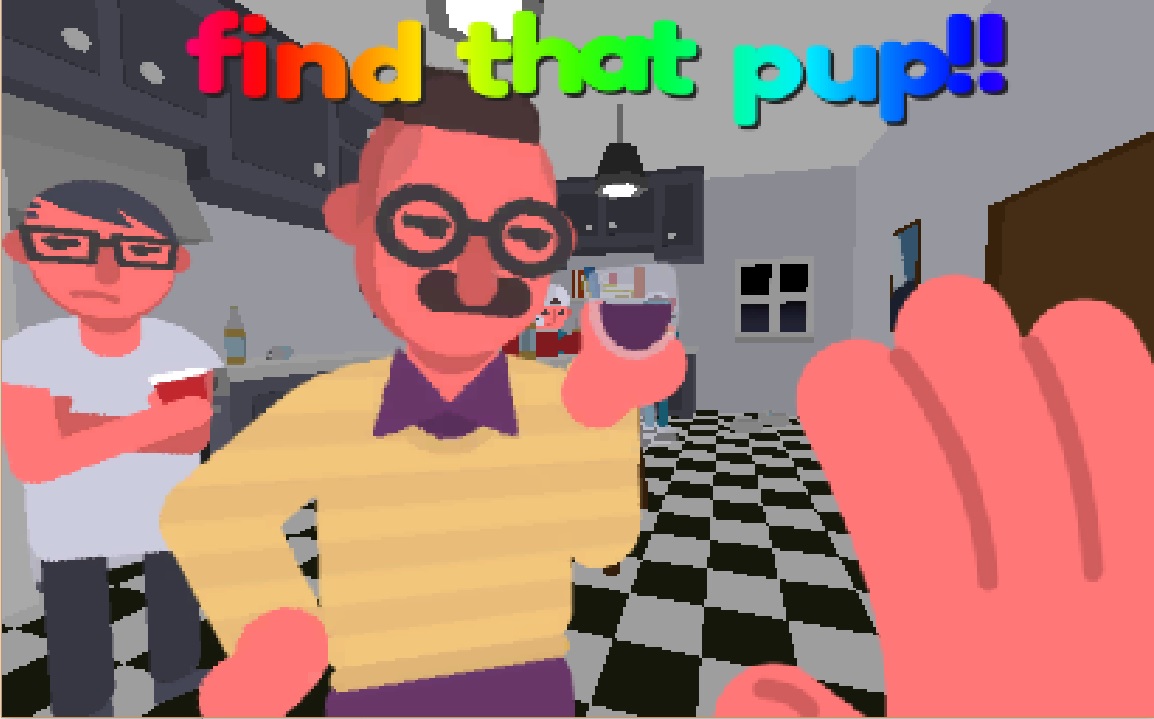 According to developer Will Herring, there are 52 dogs to find and pet. I managed to track down ten doggos before running out of time, but you bet your hind quarters I’ll find — and pet — every single one of them before long. It probably won’t be easy, either. Once you start the game, a timer looms overhead, ticking away the seconds until you leave the party. Petting a pup adds thirty seconds to the clock, which means that you’ll want to dash around and find as many dogs as possible.

It’s not that simple though. The apartment is a labyrinth of corridors and pizza-chomping partygoers. It’s like House of Leaves, except way better because there was only one dog in House of Leaves. Luckily, each dog lets out an “Arf Arf,” that indicates which direction it’s located. I’ve taken to calling it doggolocation. Once you find a dog, they’re immortalized in “The Good Dog Gallery,” which sounds like the best damn place in the universe. You can click on their profile and get more information, too. My current favorite is Gilbert, the Boston Terrier whose bio reads “Sleepy boy? Oh, you better dang well believe it.” Hell yeah.

You can try your hand at petting pups on the developer’s Itch.io page. Now buzz off, I have people to ignore and digital dogs to find.