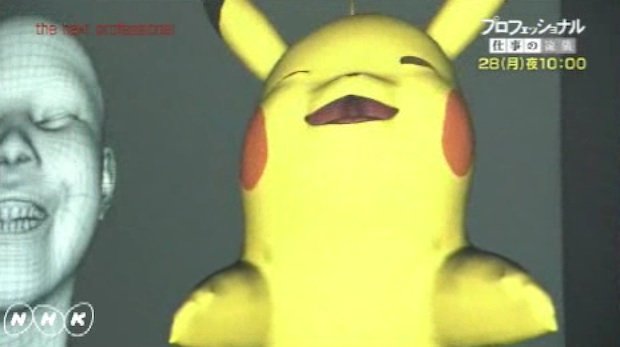 Earlier this month, we heard a new Pikachu game was in the works. A preview of an upcoming episode of Japanese television program Professional Shigoto no Ryuugi only shows a couple of scenes of the work in progress. One shows an on-screen magnifying glass hovering over Pikachu. Another has some of the creepiest facial capture work I’ve ever seen. That Pikachu snarl is nightmare fuel!

The episode features The Pokemon Company CEO Tsunekazu Ishihara, who says that development on this game began this past summer.

The full episode airs on Japanese network NHK on October 28. You can watch the preview here.