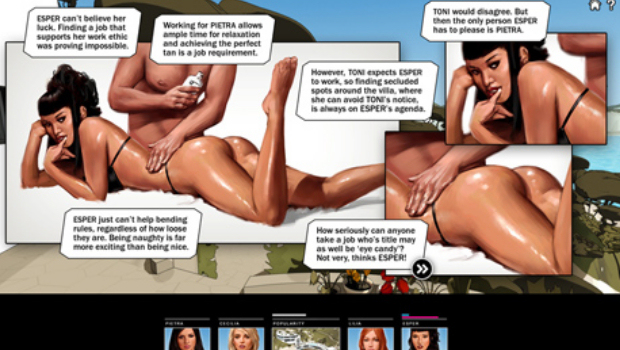 Seduce Me causes outrage by trying to get on Steam

“[Steam sent us] a very generic e-mail saying we’d violated [the content guidelines] and the game was being taken down,” said No Replay Games’ Miriam Bellard to GI.biz. “We were actually really shocked when it went down, because we thought that it would at least be allowed on Greenlight to be discussed.

“I personally don’t think Valve needs [to play it safe]. I think Valve is in a position where they could push this if they wanted to. Sure, they might lose a very small amount of their audience, but they would gain others … Why they’ve chosen not to is possibly that they’re part of that American culture, and they view this issue with that American point-of-view.” 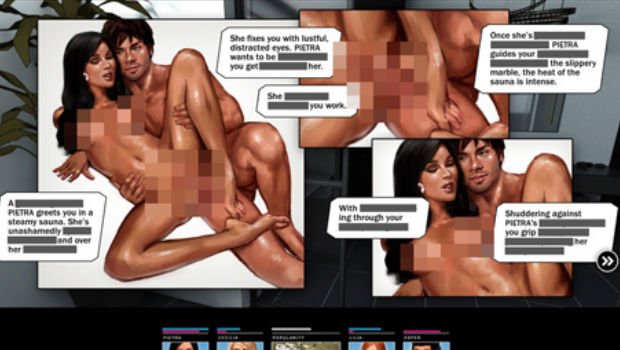 Valve has every right to ban what it wants, and does warn that it reserves the right to block “offensive” material. Even so, this situation highlights the fucked up double standards we have, where scenes of violence and murder are deemed more acceptable — more normal — than images of two consenting adults doing what almost all consenting adults will do at some point in their lives.

Valve’s part in this isn’t even the stupid part, by my reckoning. Reaction from Greenlight users themselves was ludicrous in its outrage — uppity gamers sneering at the idea of “pornography” being on Steam, allowing themselves the cognitive dissonance needed to trash this game for displaying rather normal and mundane sex while ignoring fighting games that have women showing off abnormally huge breasts with their anuses practically hanging out of their thongs.

The thing that gets me about this is Seduce Me‘s treatment of women, from what I’ve seen, is better than the way most AAA games treat them. At least the characters have personalities in this thing. Yet, just because we might see some pubes, the game is automatically more vile than anything cooked up by Team Ninja and far more shocking than what we might see in The Witcher.

Seduce Me wasn’t trying to be overtly pornographic or even all that objectifying. By all accounts, the sex was no more graphic than something you’d get from those cheesy erotic novels with women looking sleepy on the front cover. It’s not like this game was trying to be RapeLay or anything. However, that was enough to send gamers flying into an outrage and calling for downvotes. It’s not just prudish — it’s outright childish. The reaction from gamers to Seduce Me is akin to the shit FOX News pulled when it overreacted to the “sex” in Mass Effect. Game culture itself seems no better at reacting to sexuality than the pundits that attack the industry. 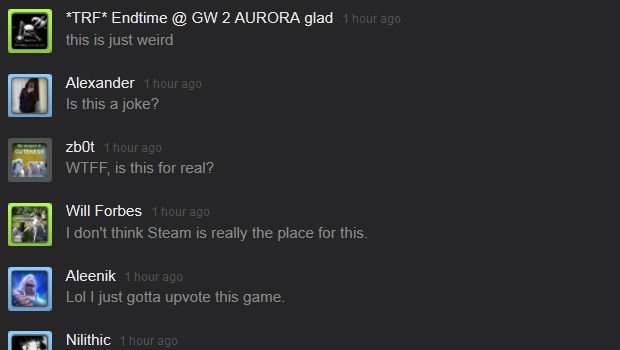 There’s a big difference, of course, between sexuality and sexploitation. I think Seduce Me ran the risk of crossing the line, but looking at the screens, it seems more like an interactive adult novel, and I can’t see a problem with that. As Mirriam said, I think it at least deserved the right to a fair and open discussion. In fairness, many gamers were up for that discussion. Many others, however, were not at home to such a debate and wanted that FILTH off their pure and virtuous Steam.

The game’s not exactly a great moral step forward for the industry or anything, but I’d take something like this over the creepy pedo fantasy that is Dead or Alive Xtreme Beach Perv Party or a generic action game that tosses a cheap sex scene into its story just because. It’s seriously weird that gamers will fight to the death for the right of little girls with mutant chest-tumors to exist, yet break and flee at the idea of a game about normal adult sex. I think Seduce Me looks kind of silly, in all fairness, but wow. A man putting his penis inside of a woman’s vagina is really more shocking and distressing to us than a man putting his knife inside of another man’s eyeball.