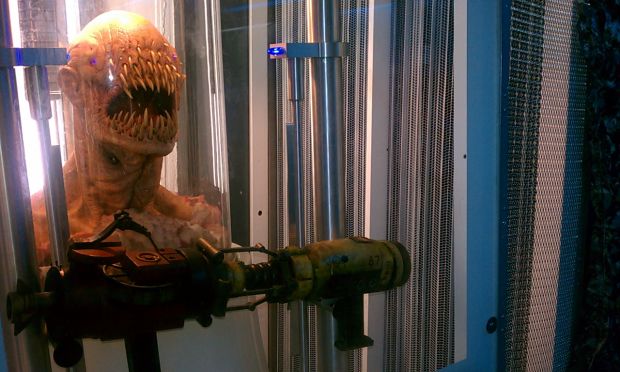 One of the attractions at Call of Duty: XP was the Armory, a room full of guns that have appeared in past Call of Duty games. Everything from pistols, machine guns, sniper rifles and even the new space laser gun from the Rezurrection zombie pack for Call of Duty: Black Ops. They even had the China Lake on display, which is like the WORST gun ever.

There were quite a few cosplayers hanging out in the Armory too. So many, in fact, that I was tempted to reenact what I always like to do in the special museum level from Modern Warfare 2 and take everyone on at once … I was kind of drunk when I thought of that idea.