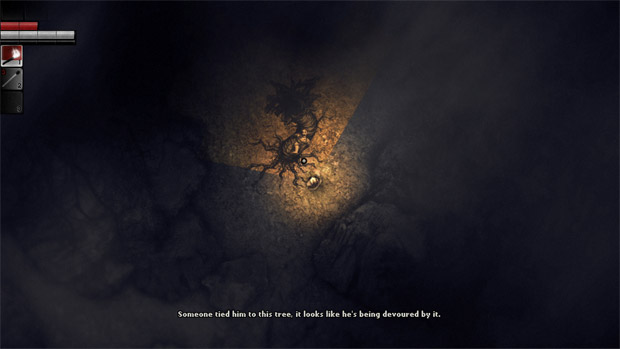 Acid Wizard Studio has returned after a year for a new teaser trailer ahead of the Steam Early Access release of Darkwood, its top-down survival horror game that was crowdfunded last year. It’s a blend of genres, with roguelike elements and an emphasis on free-roam exploration.

It isn’t yet clear when this will launch, precisely, other than “soon.” That said, the Early Access page is up already and offers a description of what to expect of this work-in-progress build:

“The current version of the game is very playable, with most of the core features implemented, but a lot of stuff is still to come. The game is divided into chapters, and currently you can play through the first one. We’re still in development though, so there WILL be bugs, missing features, and a general lack of balance and polish.”

I liked the look of Darkwood back when it was announced and I still do today.