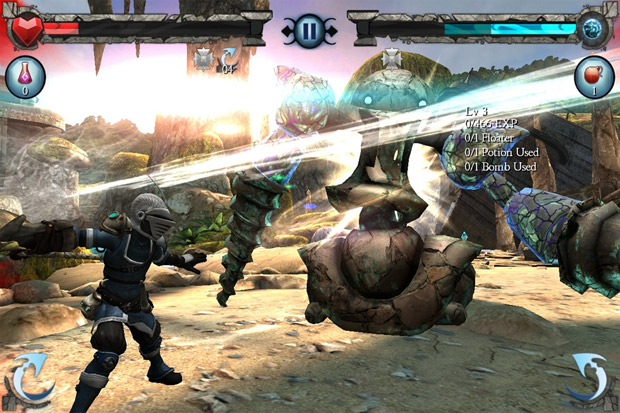 Have an Unreal Engine 3 appetizer on the house

Phosphor Games Studio and Zynga have put out a “free” version of Horn, the fairly ambitious action-adventure game for mobile devices. That can be downloaded from the App Store right now, offering the Prologue from the main campaign and nigh endless combat in Quest mode.

From what I’ve played of this, it is indeed a step up what you would expect from most lite games, but it’s understandably not going to be as fleshed out as the full, premium game. While Horn doesn’t really seem like something I’d want to continue playing for too much longer, there’s enough of a hook here, and it did remind me that I should go check out the studio’s prior release, The Dark Meadow. I’ll take it.