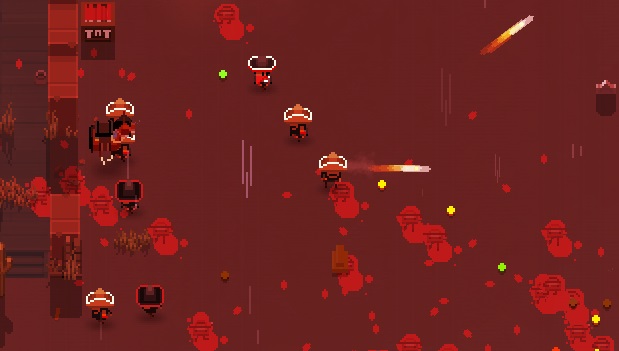 There aren’t enough games like that in the world

I appreciate how a publisher like Devolver Digital can put out games as different as Hotline Miami 2 and Hatoful Boyfriend within a few months, as well as this neat top-down shooter A Fistful of Gun. The game looks like a colorful, hectic, arcade-style multiplayer shooter, which can be played solo or with up to eight other players, either online or in local co-op.

After starting life as a freeware game developed by Paul Hart, A Fistful of Gun will be coming to PC in 2015, but if you’re going to be at PAX Prime you’ll be able to play the game early. I’ve found PAX a good place to play games with local co-op as you’re never short of possible partners.