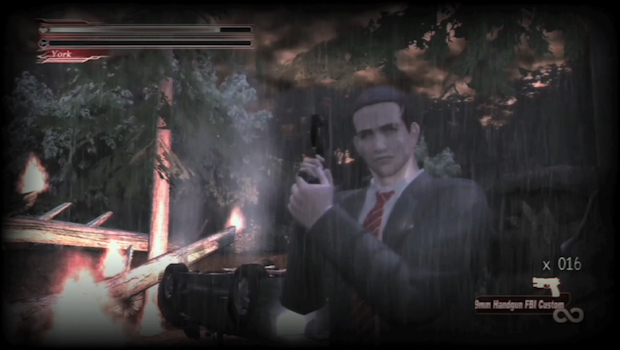 Catch a few precious seconds after all the marketing quotes

Rising Star games dropped a little tease of Deadly Premonition: The Director’s Cut today, and what a tiny morsel it is. Following about a minute of quotes about the release from fine publications such as Giant Bomb, EGM and Destructoid (whoever the hell that is), we’re given roughly five seconds of FBI Special Agent Francis York Morgan breathing heavily in the rain.

So, the video is nothing particularly special. But Deadly Premonition is, and I’ll take any excuse to further profess my love for this small town suspense thriller. You hear that world? I love Deadly Premonition and I don’t give a damn who knows it.

Still, five seconds? Come on, Rising Star. We can do better than this.