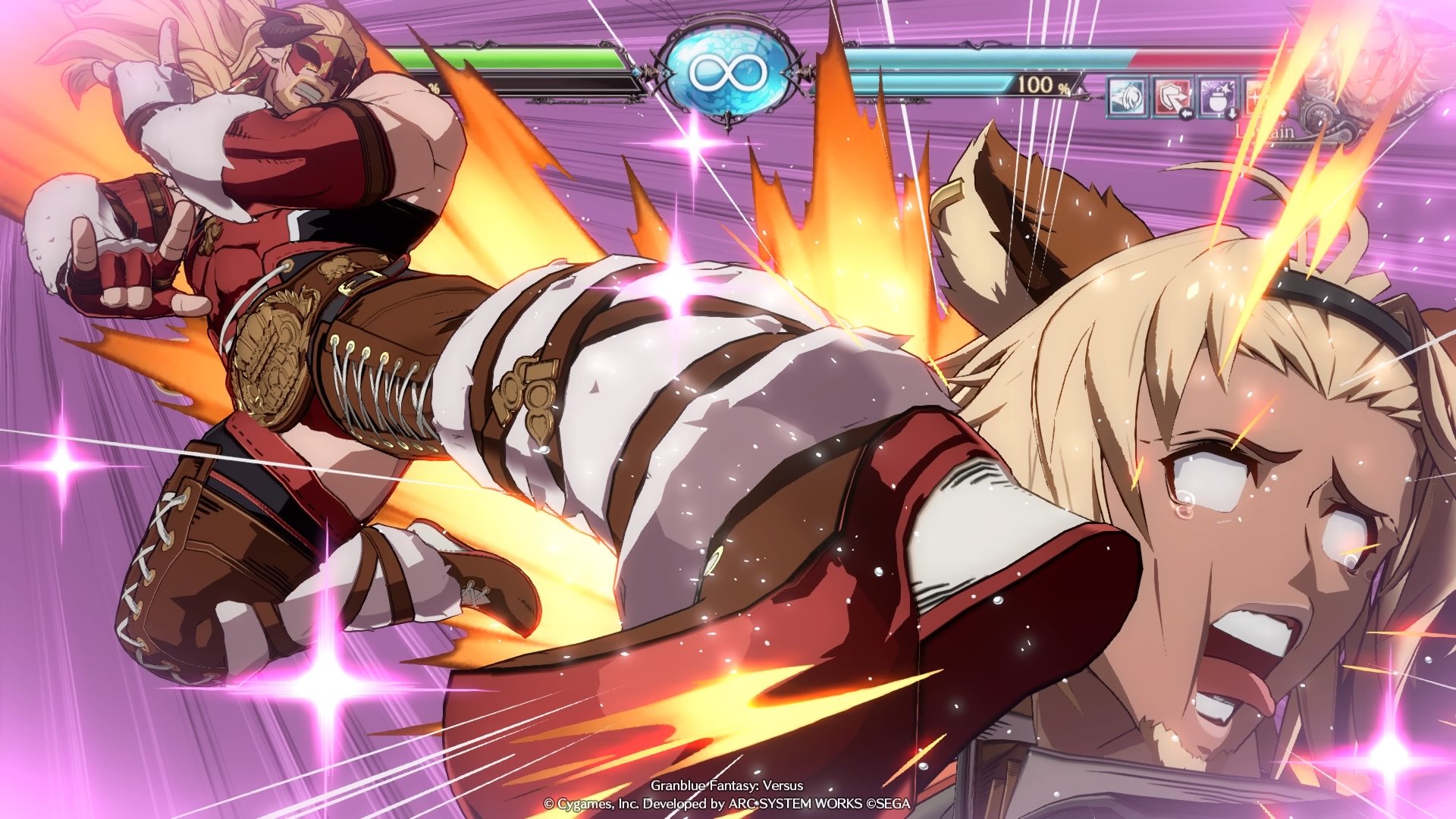 Yo, you wanna play some footsies?

Granblue Fantasy: Versus is finally out, and if you’ve read our review, you should have a solid idea of how it works compared to other fighting games. Granblue Fantasy: Versus, I think, succeeds in making every character feel distinct in their playstyle and preferred strategy. You’ll just need to take some time testing each of them in the training mode to really figure out which fighter is right for you.

If you pick based on aesthetics alone, then it may be easier to pick the seductive Metera or the edgelord Vaseraga. But if you want to figure out who best fits you in terms of playstyle like keepaway, rushdown, or mixup, then here is a general overview of every initial character from launch, from someone who has been at the game since it first debuted overseas.

I’ll go over each character from the launch roster, in a simplified explanation of how they play, and important moves they’ll be relying on. Damage is high, so matches can end quickly if you guess wrong a few times in a row. Plus, there’s not a lot of distance to the corner, so a good chunk of a match is going to be spent either doling out or suffering through some especially powerful corner combos. 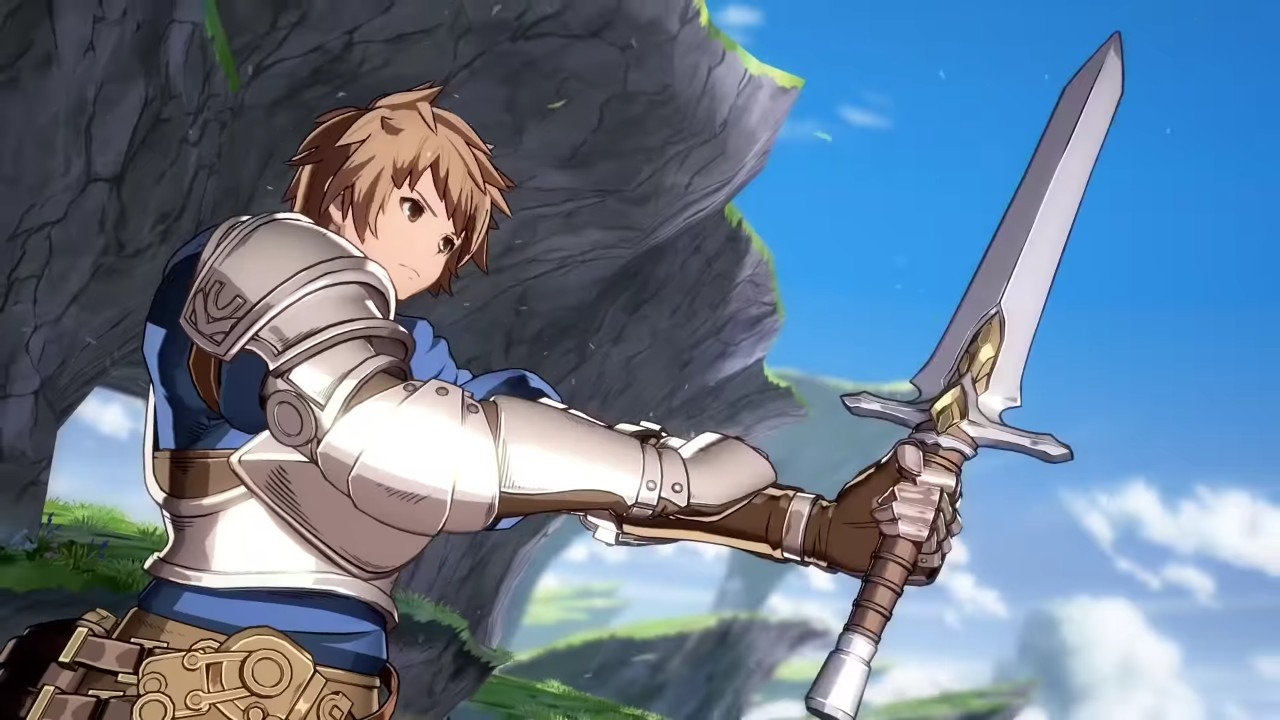 Gran, as the main hero, is an all-around fighter with incredibly potent stagger pressure. Depending on the matchup, he can make it very difficult for his opponent to do anything other than block. Because of all of his tools, he’s a very good all-rounder, using his fast fireball to control space when he wants or just rush in with his advancing attack, Overdrive Surge, before pressing a lot of buttons that are plus on block. 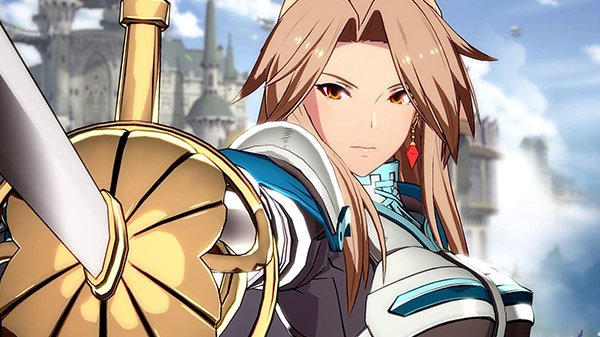 Katalina, the big sister figure to Gran and Lyria, has largely the same strengths as Gran: projectile zoning, an advancing attack, and a reversal. The difference is Katalina’s sword gives her longer reach for more effective pokes, but her advancing attack isn’t as safe compared to Gran’s. Otherwise, Katalina is also an all-rounder like him, with some slight trades that make her more suited to frustrating opponents with long-range pokes before capitalizing on mistakes. 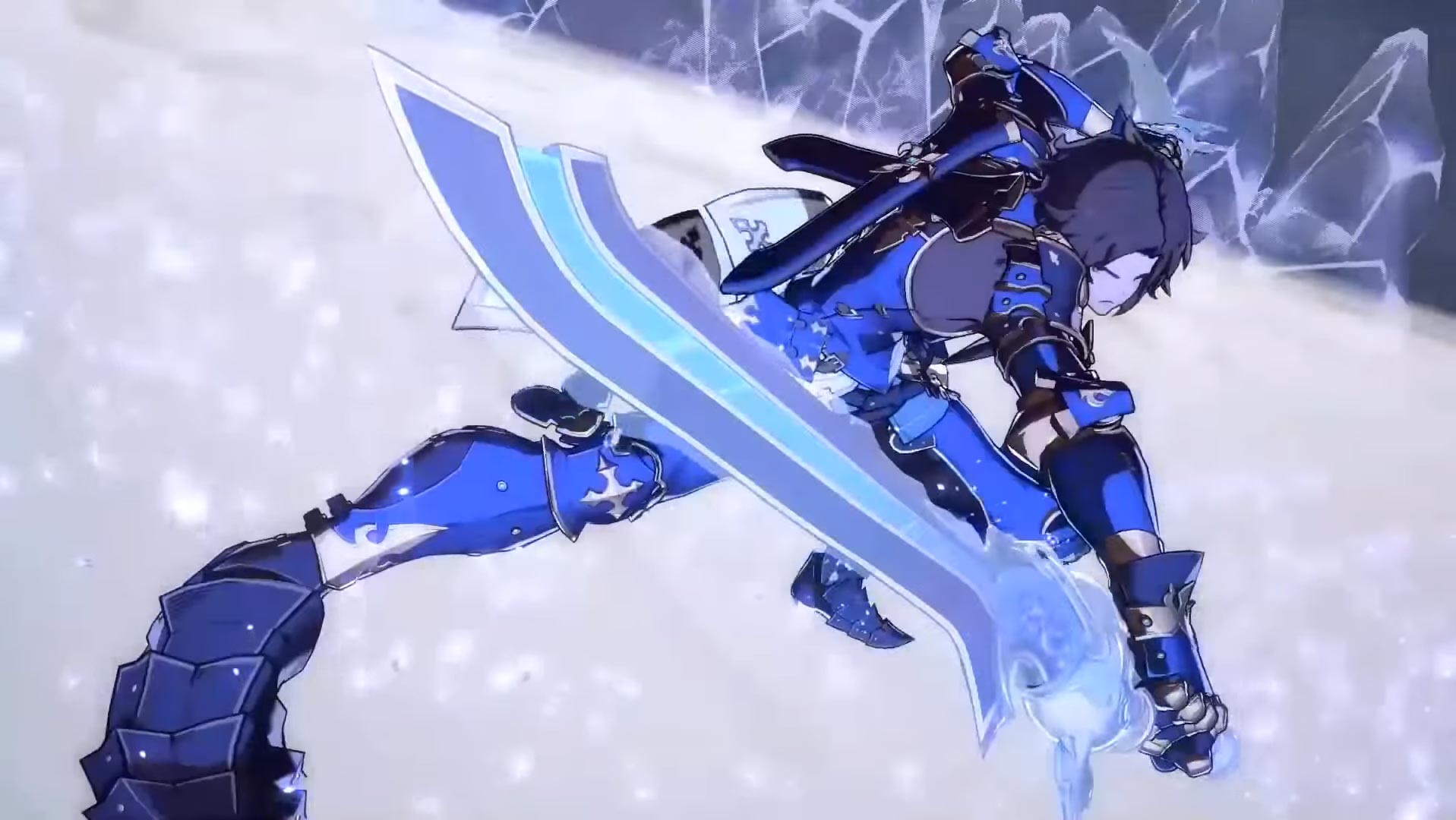 Lancelot is a fast rushdown character who relies on confusing mixups to bewilder opponents before opening them up. While his left/right mixups can be negated by holding the block button rather than holding back, his high/low game is still an effective way to confuse people while they block his slow-moving setup projectile. Once Lancelot scores a knockdown, he can suck his opponents down into a deadly vortex. His fast run, effective command dash, and multitude of air options making getting in on unprepared opponents a snap. 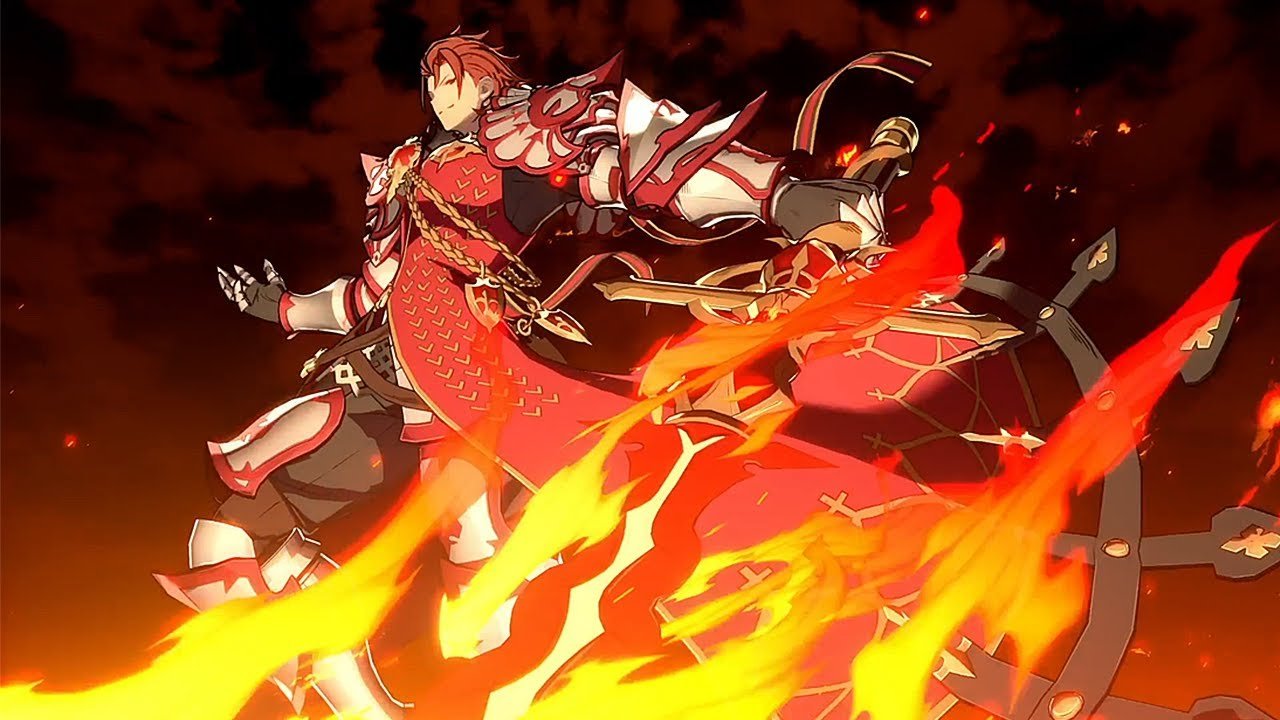 Percival, Lancelot’s fellow dragon knight, uses the long reach of his sword Flamberge to keep his opponents blocking until he can open them up. Percival’s sword provides an immense range that lets him whiff punish his opponent’s bad decisions. He is also a resource character, stocking flame orbs from Trauemerei to reap increased strengths on his special attacks to really lay on the damage whether they block or hit. Since he is a resource character, Percival will be making micro-decisions on knockdown whether to ready his oki or charge Trauemerei stocks. But with his far M and H to use as spacing, you can potentially scare your opponent into giving you the breathing room you want to charge orbs. 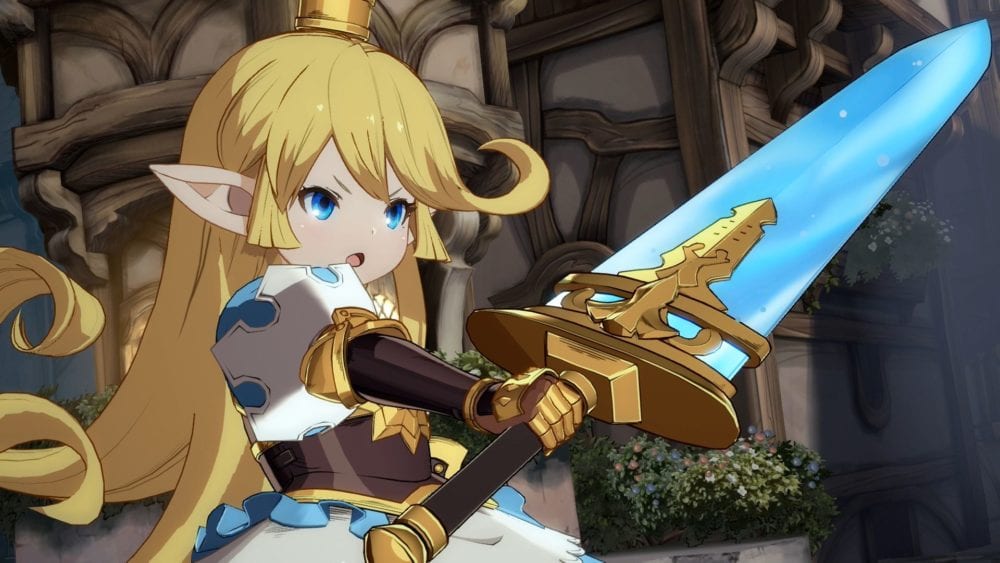 Charlotta, also known as the pipsqueak reincarnation of E. Honda, is a difficult-to-contain and difficult-to-punish rushdown character whose constant barrage of safe attacks and mixups let her crush the opposition under her small, adorable heel. Her small stature is a double-edged sword, making her a smaller target to hit but with shorter range on her normals. While she has no way to deal with fireballs effectively, once she pushes someone into the corner, Charlotta’s damage skyrockets thanks to her corner combos and her demon flip mixup. It’s important to note that, thanks to easy inputs, Charlotta’s charge input special moves are always on tap with the touch of the easy input button. 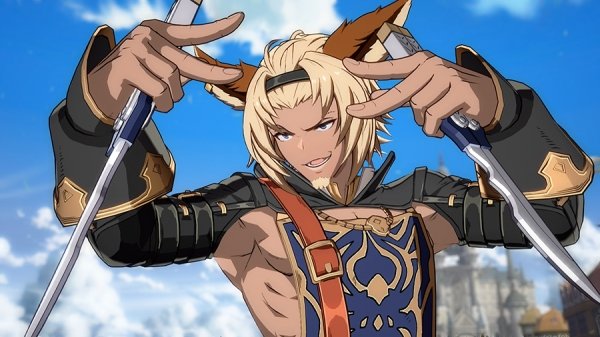 Lowain might look like a joke character but he has several ways of throwing a ton of crap on the screen to control neutral, with Brofam and Lady Katerpillar, before becoming a setup character who thrives on people who decide to block rather than risk a trade. Asides from being a setup character, he’s also somewhat of a comeback character who turns dangerous when backed into a corner. His Super Skybound Art is capable of snatching victory from the jaws of defeat, as even a knowledgeable opponent who knows how to avoid chip damage still has to deal with the Lowain player changing up his attacks to throw them off. Since there’s no way of stopping Lowain from using his SSA to call mom when in a pinch, you should never count him out. 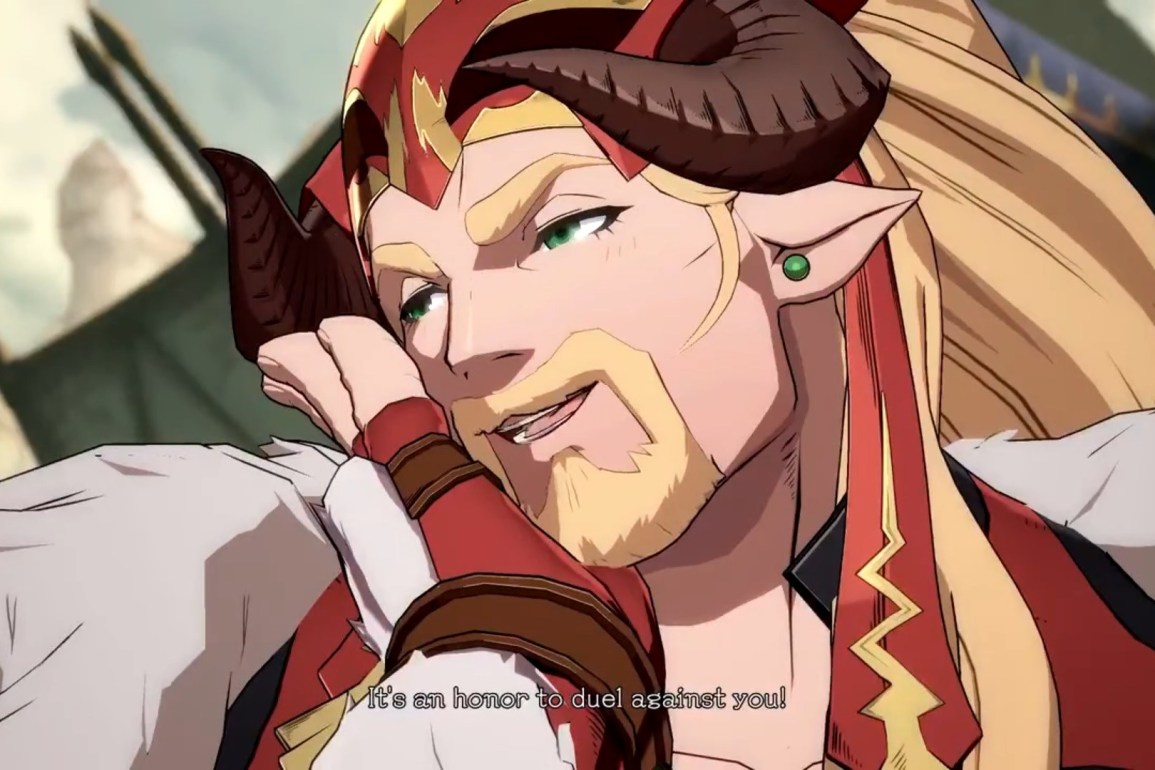 Ladiva is the grappler of the game, and the character I personally main. She differs from other grapplers in the genre in that her game plan doesn’t 100% revolve around landing her command grab but rather putting her opponent in 50/50 mixups to either block her attacks or jump to avoid a buffered command grab. She can’t play like Zangief because the range on her command grab isn’t extreme and Ladiva’s neutral strategy almost non-existent. Despite that though, since it’s relatively simple to carry someone to the corner, Ladiva is capable of doing 50% easily with her corner loops. Ladiva’s matchups are tough, but you’ll definitely like the damage she puts out as a grappler if like you like grabbing people out of crouch block and making them sweat on her grab mixups. Just be wary of how she absolutely devours cooldowns since her EX moves make her especially powerful but she’ll sometimes be missing her special moves at critical moments. 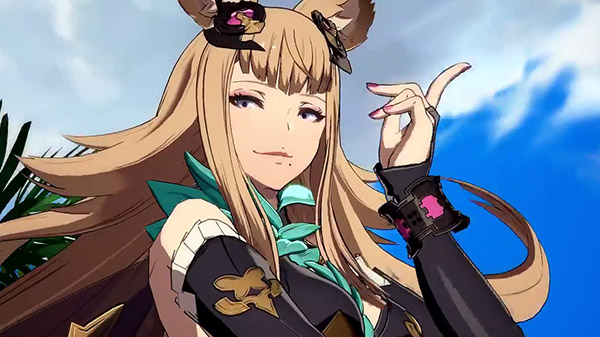 Welcome to Metera, the exact opposite of Ladiva, being a keepaway zoner. Nearly everything revolves around frustrating her opponent with a variety of projectiles at mid-screen before committing to offense established either from set-play with Aetherial Seal or fast overheads with her Zephyr hop. To counterbalance this, Metera has mediocre frame data and no reversal to contest people who get close. However, Metera’s Zephyr gives her great, if not predictable options in the air to escape the corner. If you want a character who zones like Sagat but still has damaging combos in the corner, Metera’s your girl. 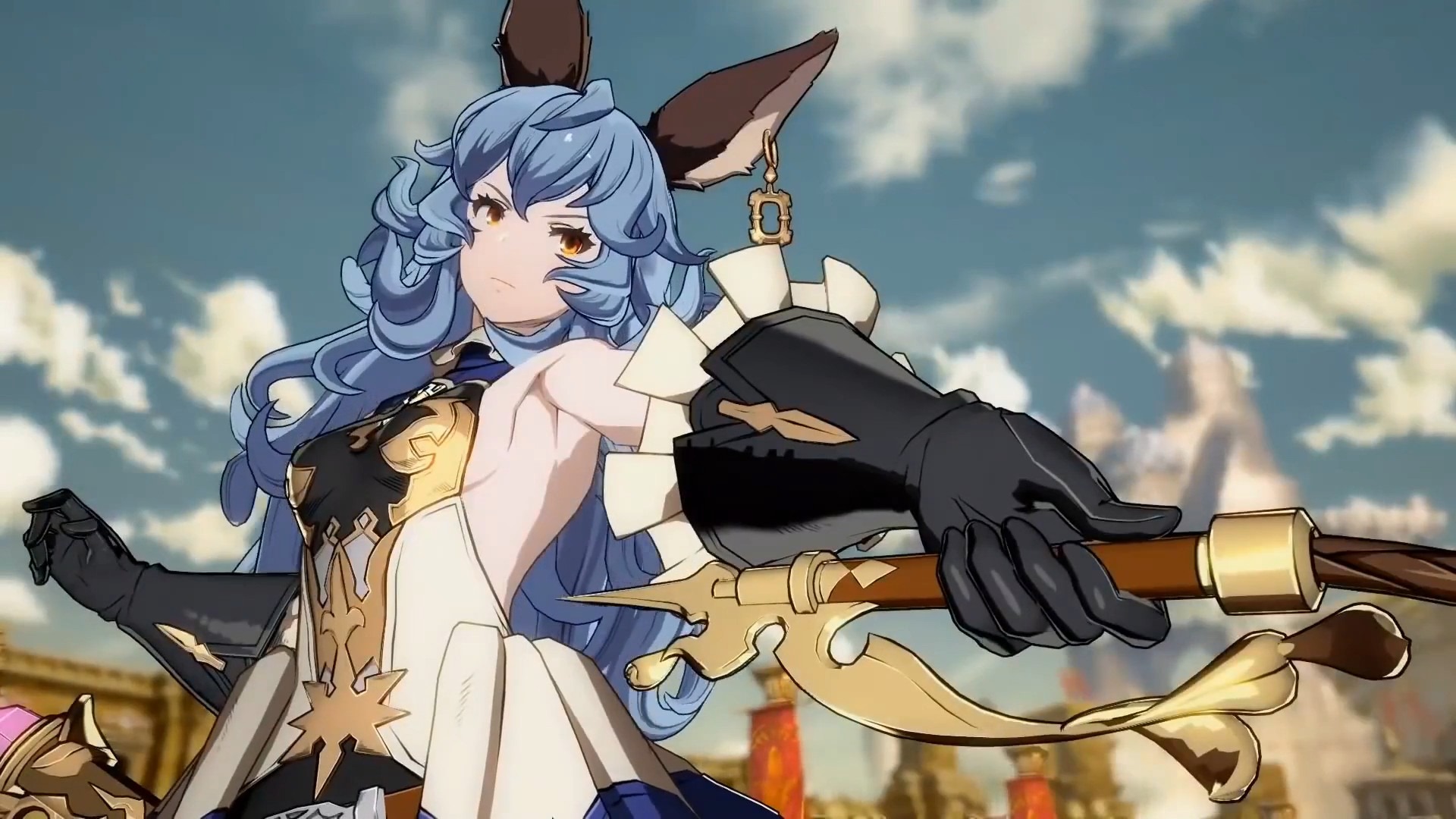 Of the two hardcore zoning characters, Ferry is stronger than Metera in terms of pure keepaway. Her main tools to challenge neutral have huge, active, difficult to avoid hitboxes. It’s not a stretch to say that she can tilt players by just pressing H and keeping people out with a face full of whip.

But her game plan isn’t the same as Metera’s because Ferry is a setplay character. Ferry’s plan revolves around hitting her opponent with her pet, Geegee, which hits multiple times and sets them up for Ferry’s mixup game on block. She mainly achieves this by hitting them with Gespenst then using Heel to drag them in and knock them down so that Geegee can park on top of them to start the mixup. Ferry’s keepaway also benefits Granblue Fantasy Versus’ unique cooldown mechanics, as she can keep her opponent in check with her long-range buttons while her moves go into cooldown until you’re ready to use her setplay again. If you’re a fan of zoning and setups like Menat from Street Fighter V, you should try Ferry. 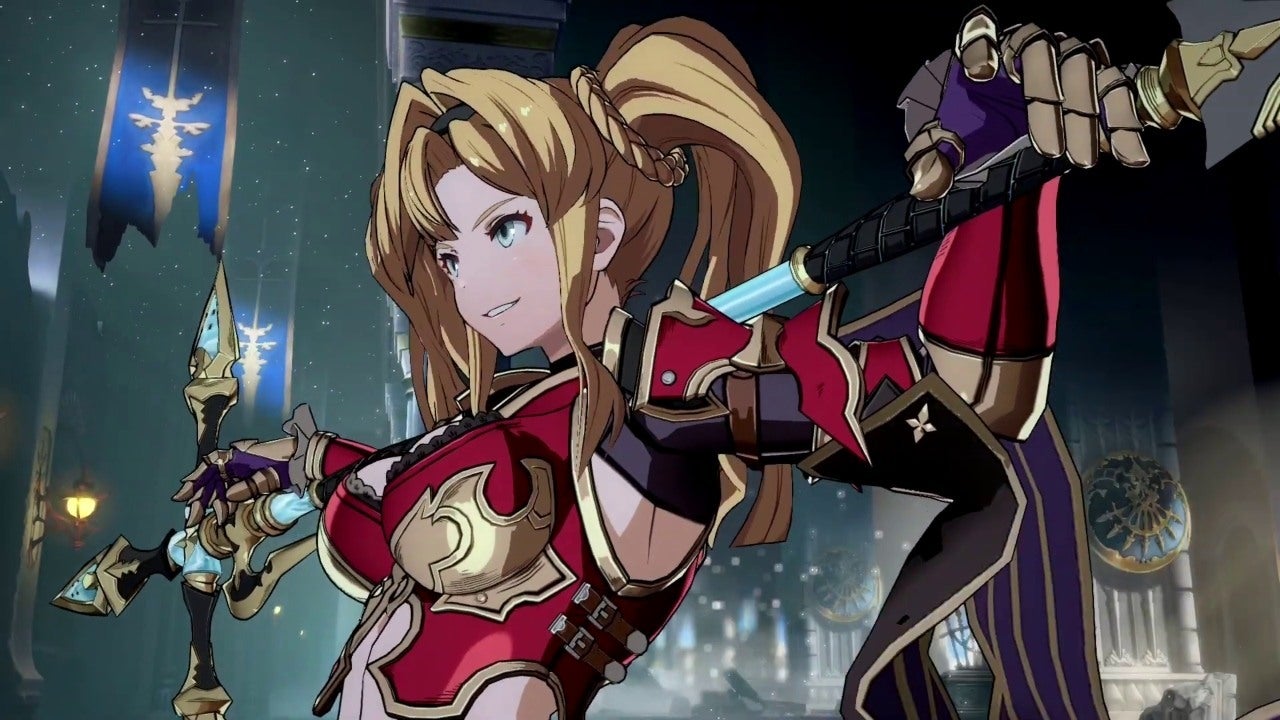 Zeta can do a variety of things thanks to the versatility provided by her spear. She has a beam that will pierce through fireballs, a rush attack that can be repeated in any direction including backwards, and generally good range on her normals thanks to using a polearm as a weapon. All these tools together allow Zeta to engage her opponent freely however she wants and never have to meet them on their terms. If she is forced to deal with an opponent on defense, her options are poor, having no reversal and having to depend on an armored guard point instead. Zeta is a good choice if you want to play rushdown but be flexible outside of it to dictate the match the way you want it to go. 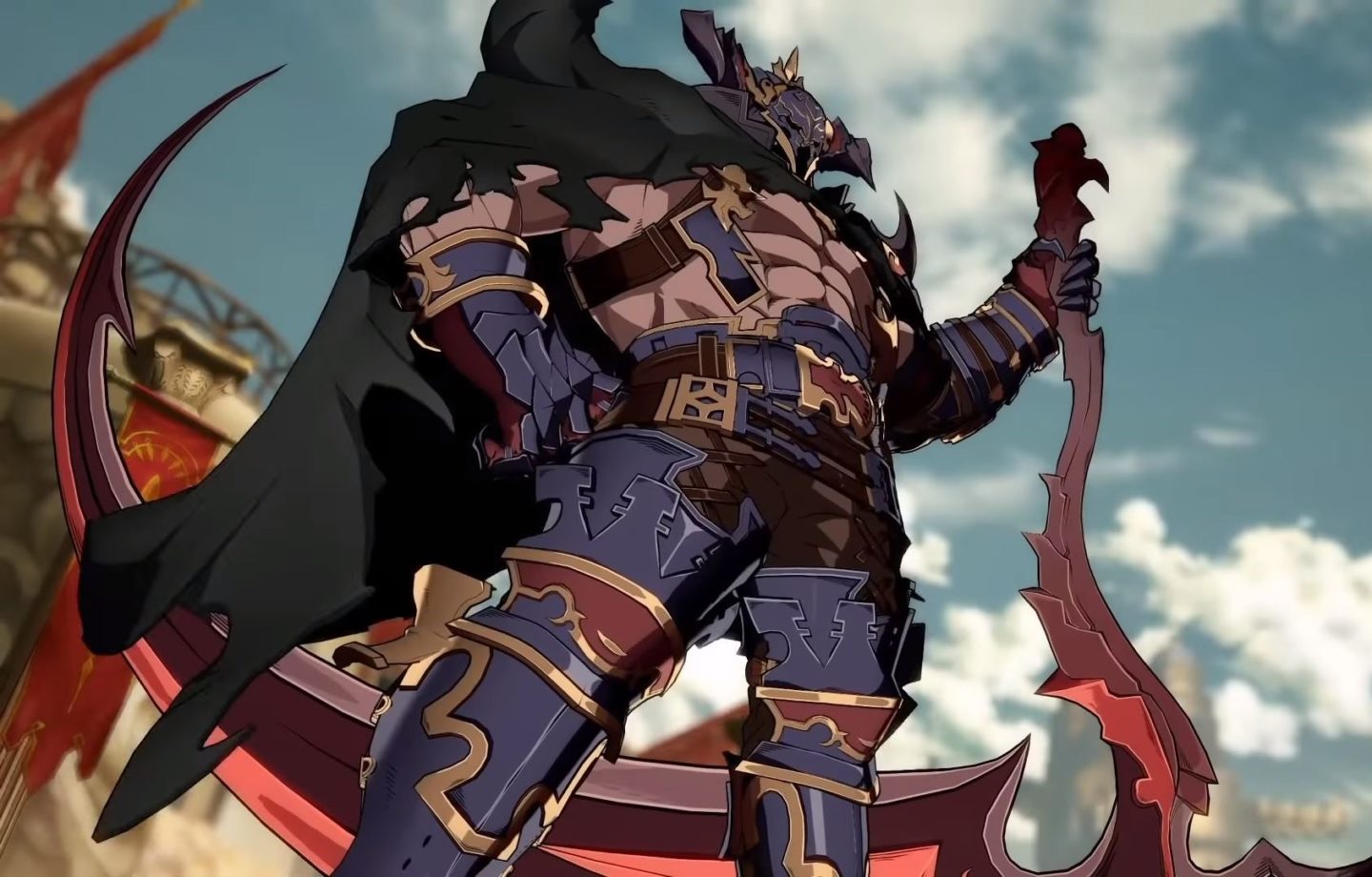 Vaseraga, the big edgelord with a heart of gold, easily appeals to the player who has a preference for big, bulky, powerhouse who can dish out as much damage as they’ll probably take due to the sheer size of their hitbox. Vaseraga’s main tool is his unique move, Soul Forge, which grants armor to several of his key attacks. In simplified terms, what Vaseraga hopes to do is bully the opponent with his armored moves until they get so scared of pressing buttons against him that they leave themselves open to his command throw. Vaseraga will oftentimes find himself in a catch-22 whenever he scores a knockdown: Vaseraga wants to press the offensive whenever he has the chance but he also needs space to use Soul Forge safely without fear of a punish. If you want to play the biggest character in the game with access to some of the highest damage per hit, Vaseraga (who in English is voiced by SungWon Cho) is your man.

That covers the launch cast of Granblue Fantasy: Versus. Two new characters are already on the slate for March 3 with more to follow, so more matchup knowledge will be needed even then. Hopefully, this guide can help you choose who fits you based on your preferred playstyle and even if you pick based on aesthetics, this will hopefully educate you on how your cool new character choice plays in a nutshell.