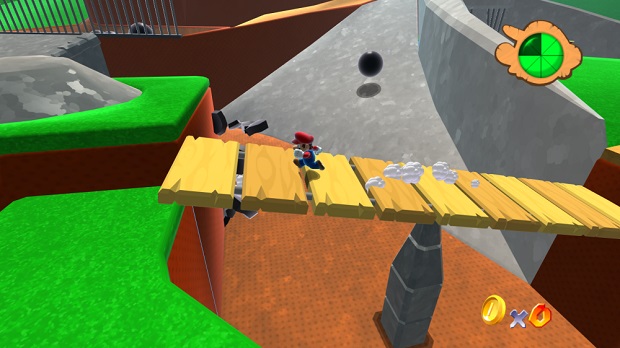 Unity developer Erik Roystan Ross took one of the most iconic and beloved levels in videogames and gave it a makeover. Ross recreated Bob-omb Battlefield, the first stage in 1996’s Super Mario 64, in HD from scratch. Even better, it was playable for free from your browser.

Unfortunately, the key word here is “was.” Today, Nintendo slapped Ross with a cease and desist, mandating that he take the build down. All that exists now is Ross’ video that shows off his gorgeous Unity-born creation.

For what it’s worth, Ross’ take on Bob-omb Battlefield, as impressive as it was, isn’t identical to the original. Tweaks were made to the level, likely out of simplicity’s sake. Obvious pieces are missing such as the chained Chomp, the giant Bob-omb on top of the hill, and all cannon functionality. Still, it was a fantastic effort.

However, that effort certainly wasn’t appreciated by Nintendo, a company that’s always been ardent in protecting its properties. In a statement, Nintendo said “Nintendo respects the intellectual property rights of others, and in turn expects others to respect ours. Nintendo is passionate about protecting its creative works developed to entertain its fans and takes the necessary steps to remove unauthorized content distributed via the Internet.”