A kind Sony employee has gone out of his way to build a custom DualShock 4 controller for a disabled player.

Peter Byrne has Cerebral Palsy, a condition that affects an individual’s motor skills, and he, unfortunately, struggled with the standard DualShock 4 controller. Byrne kept accidentally hitting the big touchpad, which in some games opens up big menus or maps. Not something you want in the middle of a shootout in The Division.

Frustrated, Byrne emailed Sony about his problem, and only a day later heard back from Sony employee Alex Nawabi, who said he would personally take on Byrne’s problem.

Byrne then recieved a DualShock 4 controller that had been modified by Nawabi himself only a few days later. The touchpad has been disabled, with most of its functionality is shifted to a smaller, less easy to hit button elsewhere on the pad.

According to an included letter, this was Nawabi’s first ever controller modification and, all in all, took about 10 hours to build. He’s even building an improved backup controller, just in case something happened to the first one: 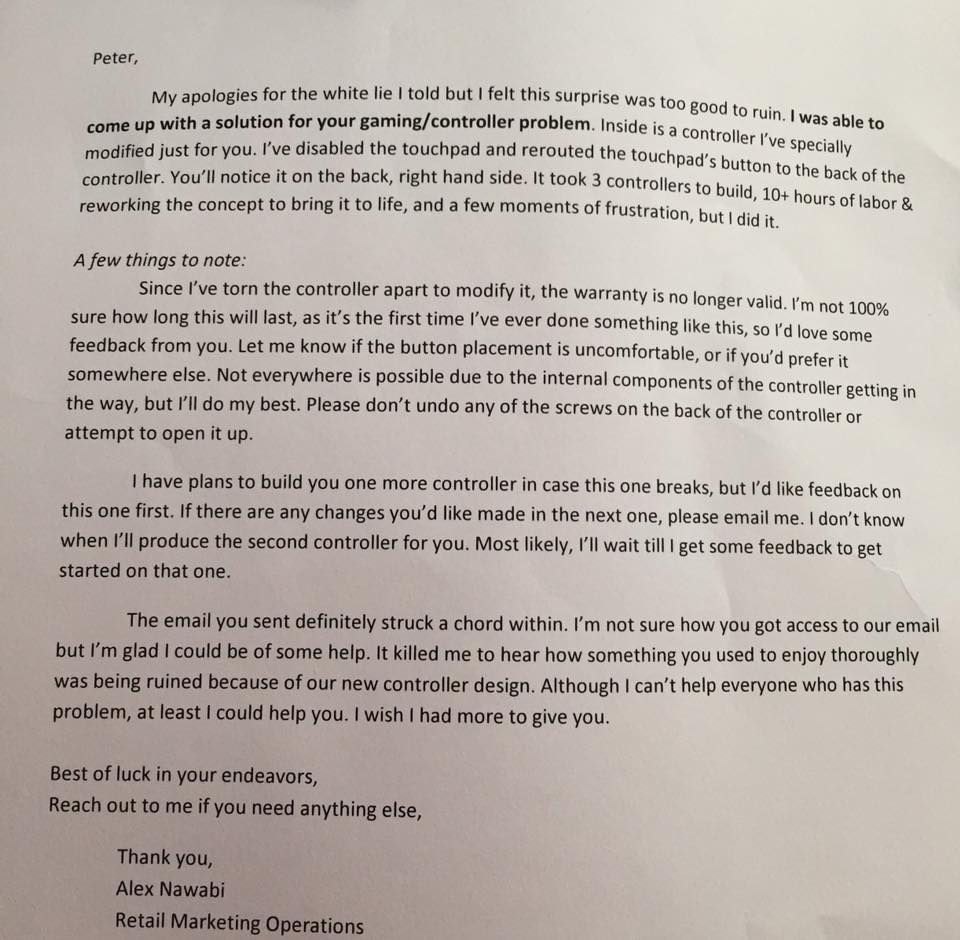 Sony has a spotty history when it comes to accessibility. AbleGamers identified the same problems Byrne had with the pad three whole years ago when the PS4 first launched, and many standard accessibility features such as text-to-speech and button remapping weren’t introduced until a firmware update just over a year ago.

I really hope Nawabi’s actions encourage Sony to take a look at how it can improve the console for disabled gamers, especially if the reports of it working on an all new ‘PS4K’ are true.

You can watch a video about Byrne’s controller on the News 12 New Jersey website.