There are some things that I have to do in the world. Usually, it’s limited to preventing people from buying Escape from Bug Island and the like, but one thing that I absolutely must do is prevent the RetroForceGO! crew from ever entering the above “Retro TV Game Revival.” The ensuing explosion from the retro-goodness would cause untold damage to the city of Osaka.

Was it that good? They had a Virtual Boy stand. And it was running. Jesus, I hadn’t laid my eyes on that system since I was 9. Looks like it’s time to take the plunge and make myself the blindest person on staff. 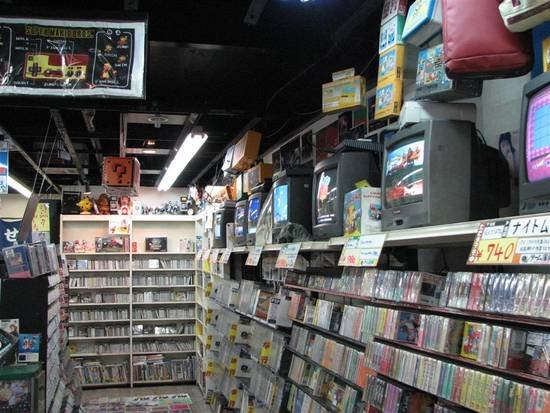 Back when I was a kid, I had a Genesis and SNES, but never got heavy into gaming until the very end of the PS1 and the beginning of the PS2. Thus, I missed out on some of the best sprite-based titles ever put out. I could easily spend hundred and hundreds of dollars picking up these games that I never got to play while I’m here in Japan, and along the way maybe even play some that the rest of you never got to play, since they never got translated.

Two things stop me, though. One, my father isn’t Daddy Warbucks. Second, I do need to bring home my clothes, computer, and other necessities that I brought with me. Sure, it’s tempting to just throw everything out and come back with a suitcase filled with Famicom and Super Famicom games, but I would like to have some sort of wardrobe back in America.

When I first walked in the door to Retro TV Game Revival, I was immediately hit with a 3-meter tall rack that was packed with old consoles, and an accompanying bin sitting directly inside the entrance. What was in there? Famicoms, Super Famicoms, the V-Saturn (Japan-only Saturn), and Dreamcasts-a-plenty. Jesus, there’s no way I’d survive this.

Oh, I hate you. The glass case that’s sitting right next to the register contains the gems of their collection for this floor, with their high price tags and salivating goodness. This includes goodies like a sealed copy of the original run of Final Fantasy Tactics, Yoshi’s Cookies, Ikaruga, and Mortal Kombat 3 for the PS1. Needless to say, this is where all the NeoGeo games were kept, as well. As you can see, a copy of Samurai Spirits SP for the NeoGeo caught a price tag of 98,000 yen, or about $990 USD. After a few moments, an employee kindly turned me to the left and gave me a slight push, throwing me into the Famicom aisle. He then proceeded to clean the glass from whatever stains had been left on there.

Many of the titles in the ensuing aisle went over my head, as they were all Famicom titles, and many of their English equivalents were before my time. None the less, they had TVs running demos of various games from days past, along with plenty of retro merchandise hanging up on from the ceiling. As I mentioned before, the center aisle was an assortment of Dreamcast, Sega Saturn, and PC-Engine games. It seems that even Japan can’t get rid of its old copies of Madden, trying to sell them off in cheap packages. There were plenty of visual novels and ero-ge to be had. But there’s no reason any of you would be interested in that stuff – especially the ero-ge. 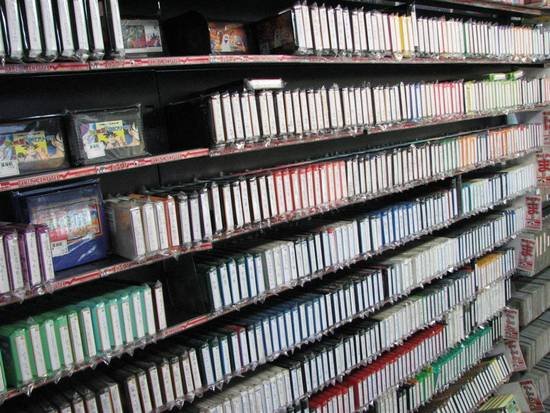 The Super Famicom and Sega Genesis aisle, did strike up some fuzzy memories of rainy days, furiously mashing buttons while calling the rental store to say that I’d be checking out Super Mario All Stars for another three days. Some of the items of note were copies of Final Fantasy V and VI sitting there, for only 980 and 1480 yen respectively. As soon as I showed these pictures to Colette, and informed her that I had not yet purchased the games, I was instantly hit with threats of beatings, disembowelment, and restriction from the weekly Destructoid sack races.

Upstairs was a collection of extremely old PC games, some PS3 games, and a lot of baseball and trading cards. There were also collections of videogame soundtracks, including the complete collection of the Guilty Gear soundtracks. The nice thing was that they were all at a reasonable price – in other words, they were on-par with American CD prices. I picked up the Final Fantasy Tactics soundtrack (a 2-CD set) for 2600 yen ($26 USD), and have been enjoying it every minute since.

Retro TV Game Revival has been running for about 15 years now, and is one of nearly a dozen retro-heavy stores in Den Den Town that I’ve encountered. There’s a recognizable market for a retro crowd in both America and Japan, but the prevalence of retro items – both in Den Den Town and in the more suburban areas – is much higher than you would find in America. The total prevalence of gaming here is thanks to a much higher acceptance of videogames within Japan. Besides that, though, there’s something else that’s to point to as cause for more retro items in Den Den Town: the age of the shoppers. 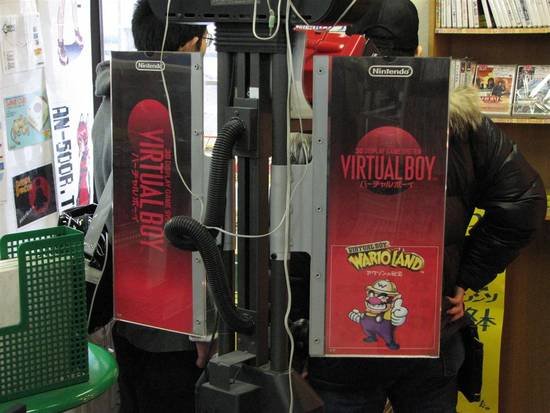 Many of the people buying goods in Den Den Town are in their thirties, fourties, and fifties. Instead of the youth hipsters you readers are, the people shopping in Den Den Town are settled down, with permanent employment and many times they’ve got families too. Whether they’re just buying to relive their childhood, finding items for their children, or just looking for something that isn’t offered in today’s lineup of games, the people shopping in Den Den Town certainly have the money to throw around. Besides Retro TV Game Revival, other stores had display cases with their rare retro-holdings, something that would be pointless to display unless your market was willing to spend 99,800 yen on a single game.

It’s too bad that an area similar to Den Den Town cannot feasibly grow in America for at least another twenty years or so. You’re looking at a major metropolitan area like New York or LA (I’d prefer New York, since you can walk everywhere, like in Osaka and Tokyo), where an electronics district has popped up to serve the needs of upper-class males in their forties and fifties, as well as up and coming youths who have a lot of money to burn.

The most likely place for this, from a point of idle speculation, would likely be Portland. There’s a large community there that has a strong interest in pop culture, both American and foreign materials, and make a decent amount of money. Of course, I don’t live in the area, so I can’t quite judge the feeling of the community there. For those of you who do live in Portland, is what I’ve talked about here, and elsewhere on Japanator and Tomopop struck any chords with you?

Be sure to check out the next feature over on Japanator!