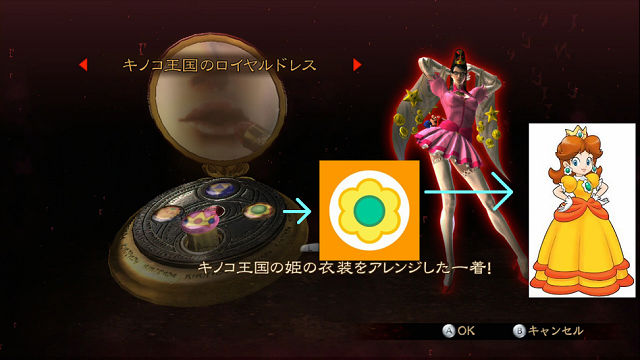 In addition to Peach, Samus, and Link

After a ton of detective work, users around the ‘net spotted a peculiar image from the Wii U’s upcoming release of Bayonetta. Specifically, it showed a locket containing special costumes from Link, Samus, and Peach, but there was a suspicious fourth costume that looked a lot like Daisy’s pendant from the Mario series.

Although speculation ran rampant, the Daisy costume is confirmed roughly three minutes into this E3 hands-on video from UK outlet NomComms. So while we haven’t seen any hard footage of the outfit, we know that it exists — although it doesn’t rule out any more platform exclusive costumes.