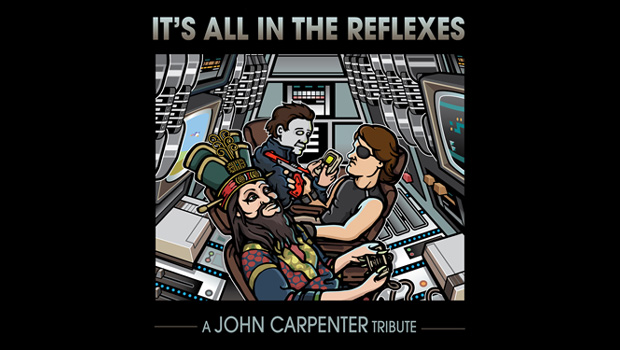 Sometimes it pays to stalk people on Twitter. For example, I was peeping in on Max Scoville’s feed when he dropped word of a John Carpenter chiptune tribute album. Naturally, my interest was piqued.

Famed film director John Carpenter not only made memorable movies like They Live and Big Trouble in Little China, he also scored most of them himself. His lo-fi synthesized soundtracks were able to express so much through so little, a lot like how 8-bit era game composers were able to create memorable melodies with limited resources. To celebrate Carpenter’s creative vision, the videogame net label Pterodactyl Squad published It’s All In The Reflexes, covering various Carpenter film themes.

If you want to hear chiptune arrangements of Escape from New York, Assault on Precinct 13, and of course Halloween, give the free album a download. C’mon! Don’t be a formaldehyde face!

Filed under... #Chiptunes#Cooler than the other side of the pillow#Freebies#Offbeat#Things gamers do