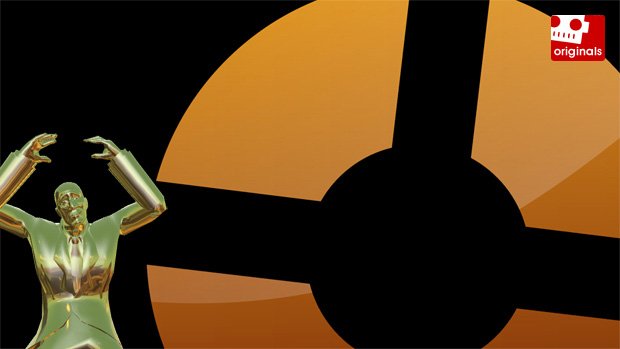 In-game economies can be scary. Without the proper knowledge of just how everything works, anyone can be taken for a ride and shortchanged. When Team Fortress 2 introduced the Mann-Conomy in September of 2010, the game was never the same. Suddenly on top of this cartoonish, wacky, and incredibly satisfying first-person shooter, there was a legitimate economy. Hell, Valve even hired an economist!

It’s not easy to fully understand everything that’s going on in any economy, whether it is real or virtual like the one in TF2. My intention for this guide is to prepare you for the world of trading, to ensure you never get ripped off, and to go into every trade knowing exactly what you want. 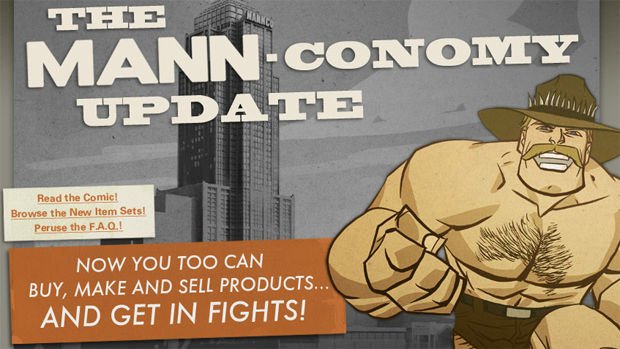 How does the TF2 economy work?

Item trading is the backbone of the economy in Team Fortress 2. Weapons, hats, and metal are all traded frequently and have their own individual values. Weapons and hats will be given to the player via the drop system, which ends up dropping a random item about once every hour of playtime. Drops are individual to each player and go straight into your backpack. Better items will have smaller drop rates; hats in particular are rarely dropped via the drop system. Some players have played over one hundred hours without ever receiving a hat this way.

Items can also be obtained via the crafting system. There are specific recipes for almost every item, but more often than not, you can trade for an item for much cheaper than you can craft it. Allow me to repeat:

Trading for an item is almost always cheaper than crafting it.

If you see a specific item you want and there’s a recipe, always check the price of the item (more on that later) in the economy before crafting it. Metal can be crafted by combining two weapons yielded by the same class. For example, the Pyro’s Backburner and Flare Gun can be combined into one scrap metal.

If trading is the backbone of the economy, currency is its lifeblood. Since you can’t directly trade money to other players, the Mann-Conomy needed something else in order to weigh prices. Metal is the most basic currency in Team Fortress 2. Keys, which can only be obtained by either buying them from the store or trading, are the next “tier” of currency. Bill’s Hat is the next tier, given to those who pre-ordered Left 4 Dead 2. Earbuds, or “buds,” are next, and were introduced when TF2 came to Macs. Finally, there’s Max’s Severed Head, which is rarely used as currency due to its, well, rarity.

Here’s a rundown of the metal conversion rates at the time of writing:

Here’s a table for the other currencies’ conversion rates as of this writing:

Confused? Just know that scrap metal is written out as .11 of a refined metal, so when you see 2.44 refined, it means 2 refined and 4 scrap (or 2 refined, 1 reclaimed, and 1 scrap). Naturally, inexpensive items are measured in metal, while the most expensive items are measured in earbuds. Knowledge of these exchange rates will make trading a lot easier and smoother. During a possible (and sometimes inevitable) haggling stage of the trade, your knowledge of these conversion rates can help you get the best deal possible.

Real money conversions can be tricky, and I’d avoid them if you’re completely new to trading. Once you feel more comfortable and decide that this is the route you’d like to take, be my guest! It’s important to know that the Mann-Co store does not set the real-money prices for items. For example, keys are $2.50 in the Mann-Co store, but if you were to trade cash for them, their worth is around $1.25. You see, people would have to sell their keys cheaper than the Mann-Co store, otherwise their potential customer would go the easier (and safer) route and buy it from there. Competition benefits the consumer.

Another aspect to consider is the cash value of refined metal, which is approximately $0.60. If you do the math, trading metal for a key is more expensive, but that’s by design since metal is relatively easy to obtain. Trading metal for items will almost always be more “expensive” than just outright trading cash for it, incentivizing some players to use cash for their bigger trades. You can keep on top of the cash value for items by checking up on SourceOP’s cash forum or tf2finance.com

Always be super careful if trading for cash! Check the last section of this guide for information on how to check someone’s reputation. 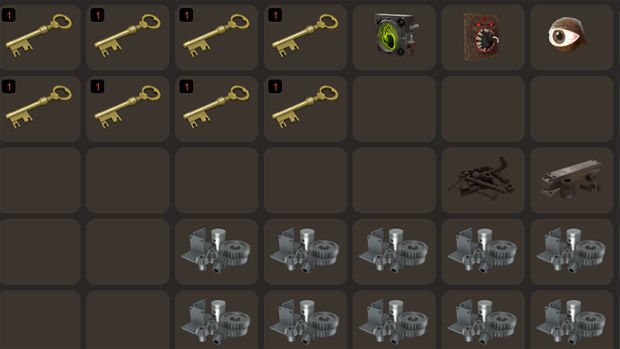 How do I know the value of an item?

Price check. ALWAYS price check your items before trading them. It may take longer than you’d like, but patience can save you more than anything else. Here are some good places to ask for a price check:

Other than asking for a price check, you can look around these sites and take note of how much your item is going for:

Many of the older items’ prices are more or less set in stone. However, whenever a new item is introduced into the economy, it will inevitably have a high price associated with it. Also, please be sure not to use the Spreadsheet as your Price Bible; only use it as a starting point!

*Note: These sites are good places to post your trade offers as well! Put your trade up in as many places as you want, but remember to take it down once the trade is completed!

Recognizing economic trends is incredibly important for deciding when to trade your item. I’ll begin with an anecdote: I received a random crate drop of the Salvaged Crate #40 shortly after they began dropping. These crates were the second of the “Salvaged” crates to start dropping, the first being the #30 series. The price for the #40 crate was hovering around 8-9 keys at the time at which I had it. I had a few options: 1) I could sell it right away and hope to get that many keys; 2) I could open it and hope to get one of the items inside worth more than the crate itself (about a 50% chance); or 3) I could wait a few months until the crate stopped dropping, creating a finite amount of the crates in the economy, which usually drives the price up. My past crate unlocking had not been too lucky, so I decided to go with the first option and managed to get eight keys for it.

If I had waited a few months I might have been able to get 10 keys for the crate, if the #30 crate is any indication of its price trend. I was worried, however, that people would realize how much they’re paying for a crate and drive the price down. I knew of each of these options because I observed the trends of the #30 crate and I performed a price check on each of the items within the crate itself. Always be sure to look at similar items when you’re thinking about trading something.

Another good example is new items. Whenever an item is just added into the game, the price starts incredibly high. As time goes on and more of that specific item is introduced into the market, the price will always go down. It’s basic supply and demand. If you really want to have a specific new item, simply wait a while, hope that you get it from drops, and if not you can always trade for it later at a much cheaper price.

An item is only worth what someone will pay for it

Allow me to explain. Say I have a gorgeous antique vase, appraised for $1,000. If I spend months and months and find absolutely no one who will pay me that much, it is not worth $1,000. If my next best offer is only $750, the vase is worth $750. Just because people are selling something for 10 keys does not make it worth 10 keys.

Only once an item is sold frequently for a price can it be truly valued. This is why it is important to watch the economic trends on the market. As mentioned, you’ll often see people marketing an item for insane prices when it is new, but if you continue to watch those same sellers, most of those prices come down quickly in order to actually sell the damn thing. Always try to haggle down a price if you think it is unreasonable; often times people will be optimistic when pricing an item and won’t mind too much lowering their price.

It is important to know each of these item adjectives when trading.

Unusual hats are their own separate beast, one I wouldn’t advise taking on until you have a firm grasp of the TF2 economy.

The price of unusual hats is determined by the hat and effect combination. If the hat is incredibly rare but has an undesirable effect, it may be worth less than a common hat with a desirable effect or themed effect (e.g. a Pyro hat with flaming effect). Remember what I said about price checking before? That idea applies 10x more for unusual hats. Some unusual hats have sold for over $1,000. Let that sink in.

It will likely take you a long time before you have the confidence to set a price on your unusual, but if you truly do want to trade it away, it is worth it to be patient. There’s no reason why you can’t just keep it, of course!

Naturally, there will be people who try to scam you. Here are a few tips to help protect you against these big jerks:

Hopefully by now you have some sort of grasp on how to approach the Team Fortress 2 economy. Trading doesn’t have to be dangerous and shouldn’t make you nervous. If you’ve done your research and have a firm stance, your trade can and should go incredibly smoothly.

If you have any further questions about how the economy works or feel as if I’ve left something out, please don’t hesitate to comment! If you’re feeling really confident, definitely check out Yanis Varoufakis’ (Valve’s economist) way more in-depth look at the TF2 economy.