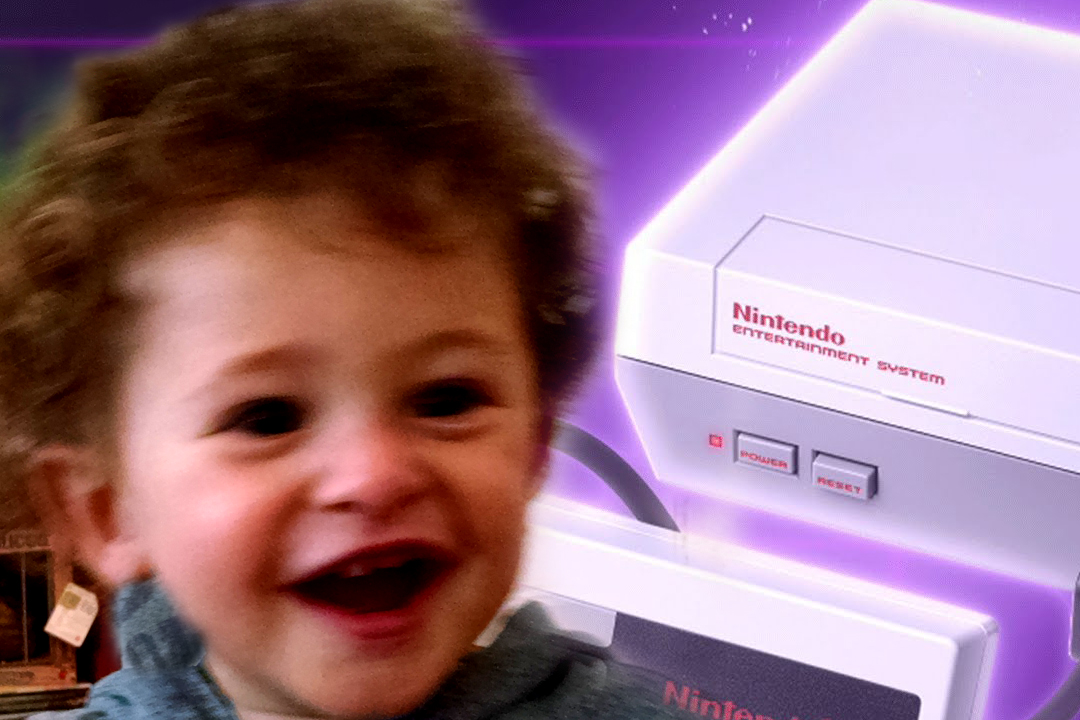 Spank it and drop it (the console, not the baby)

The NES Classic Edition is already shaping up to be one of this holiday season’s more elusive purchases. While waiting in line for one this morning, a man who looked to be about 35 offered me and others waiting alongside me $100 in cash for one. He said it was for his son’s birthday, which strangely enough, just happened to be today.

I wasn’t sure I believed him, but I didn’t have long to think about it. Someone behind me in line was quick to take him up on his offer. I wouldn’t be surprised if that particular NES Classic Edition is up on eBay right now for $250+ plus shipping.

My son, on the other hand, is definitely real, and he’s definitely getting a kick out of our new toy. His favorite part of the package is probably the poster that comes with it. Spoiler ~ it makes a cool crinkling sound when you wave it in the air like a flag.

His second favorite part is probably Duck Hunt, even though Duck Hunt isn’t actually included on the console’s list of pre-loaded games. That’s just how much he loves the word “duck.” And who could blame him? It’s the only word he knows how to say.

If “hunt” ends up being his second word, how will that reflect on me as a parent?