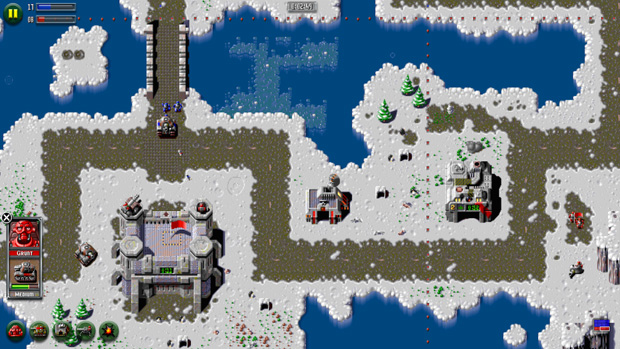 Some people have fond memories of The Bitmap Brothers’ real-time strategy game Z. I do not. Never played it! It’s returning to PC with “a faithful and thoroughly modern reworking” on Steam, set for release tomorrow. Sounds a hell of a lot better than that iOS version a few years back.

That said, even without having to fight against touch controls, I’m personally worried the user interface will feel prohibitively dated in this day and age, especially for new players. Those of you who played back in the mid-’90s will probably fare better. Love the robots, though.

Between this and The Chaos Engine, I wonder what else might see a re-release.