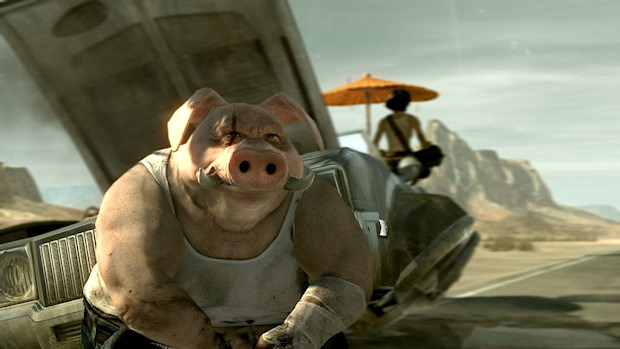 Beyond Good & Evil creator Michael Ancel has been talking about the inspiration behind the game and its long-awaited sequel, and has counted the September 11 terror attacks among his chief influences.

“It was a mix of a lot of experiences,” he explains. “It was a phantasm to create an adventure game, a universe too. It was the game I wanted to create for a long time. There were a lot of inspirations: the Miyazaki universe, my own inspirations, politics and the media; the theme of September 11 – the CNN show with army messages and the fear climate. And it was a mix from other universes.

“It’s different from Zelda and other titles like that; very good games but they are out of time. [BG&E] was issued of the actuality.”

BG&E2 will be a direct sequel to the critically acclaimed original, allegedly picking up right where the last one left off and will be “completely” inspired in the same way the first was.

It sounds like Ancel has a strong vision in mind for the sequel, and I really hope that the influences named are put to good use. I loved the original game, but I felt it wasn’t quite as incisive and intellectually charged as it thought it was. I’d be very interested to see if the sequel can really have something to say for itself.