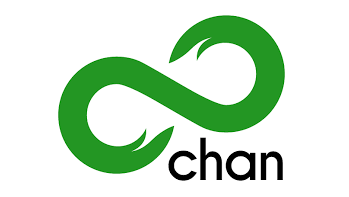 Even if you don’t personally visit 8chan, you probably know of it by reputation. 8chan is a popular message board, similar to the more widely known 4chan, which became the default home for many #Gamergate supporters after 4chan banned discussions of the topic on its boards.

Late last night Patreon finally responded to those who disagreed with the site being on Patreon by warning the site’s owner that the 8chan Patreon would be taken down at the end of the month unless something changed.

We understand your dedication to free speech in principle, but 8chan is currently being used for a number of activities that violate our new community guidelines. Because we’ve read your interviews and done significant research on 8chan’s story and philosophy, we are aware that you, yourself, don’t verbally support a lot of the activities on 8chan. It sounds like free speech is a core value for you, and you’re willing to prioritize that principle above all else.

While we understand your commitment to free speech, we will not allow 8chan to continue using Patreon, as several boards facilitate the distribution of harmful content and activity, such as illustrated child exploitation imagery. Other violations include facilitating the promotion and/or encouragement to commit self harm, and facilitating the promotion and/or encouragement of pedophilia practices. While we are aware that illustrated child exploitation imagery is not illegal in the United States, we take a strict stance, regardless of the law, on the usage of Patreon to fund or facilitate its distribution.

Because 8chan, in its current state, violates our community guidelines, we will be removing your page from Patreon at the end of the month, after the next payments cycle. If you feel like our decision was based on false information, if you’d like to change 8Chans content policies, or if you have further questions, please feel free to email us back.

In response, 8chan has done a very 8chan-esque thing. If you visit what was once the 8chan Patreon page, you will now find a Patreon dedicated to supporting Hachi the cat. Hachi is Japanese for 8. This is very definitely supporting the cat.

It’s unclear at the stage how Patreon will respond to this, if the site even will. All of the 8chan Patreon supporters have been carried over to the new Patreon and the site’s users sense of humor likely means that “Hachi the cat” will likely retain all of 8chan’s funding.

You have to applaud 8chan for some creativity if nothing else.