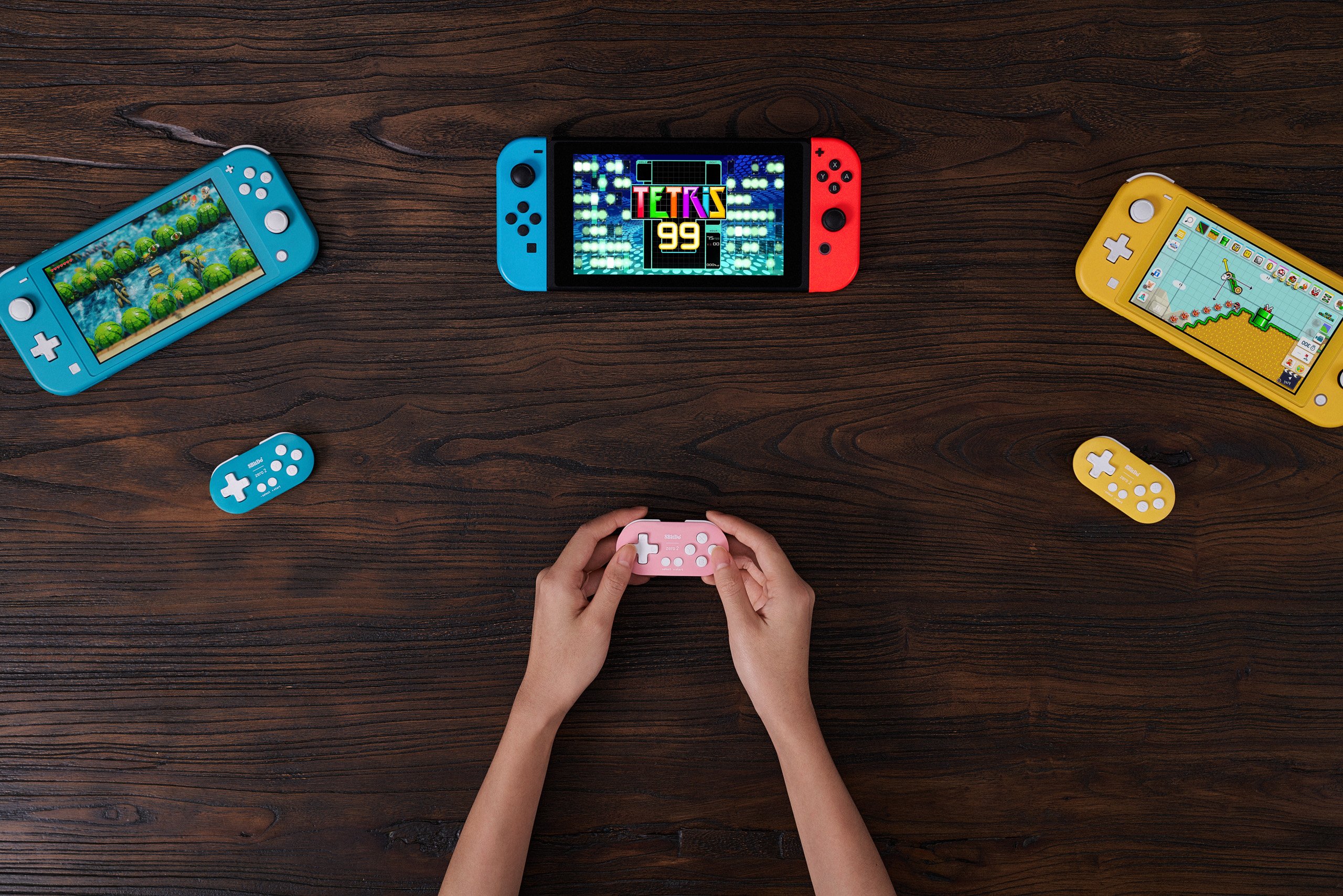 And the Switch Lite, of course!

8BitDo has been doing killer work in the controller realm, and over the past few years they’ve really cemented themselves as one of the leading third party manufacturers for Switch remotes. Now they have something a little different in mind.

Starting today you can pre-order an 8BitDo Zero 2 for $19.99, which ships on December 31. 8BitDo is calling it a “keychain-sized controller,” which works on Switch and other platforms like PC and mobile devices. The rechargable battery works for eight hours, and the remote features four face buttons, a d-pad, start/select and L/R: the company is quick to point out that it doesn’t have rumble or motion support though.

True to form there’s a little notch so you can attach it to a keychain, which I’m sure will come in handy with a Switch Lite. Three versions are shipping initially: pink, blue and yellow, with the former two specifically crafted to match the Switch Lite color schemes.