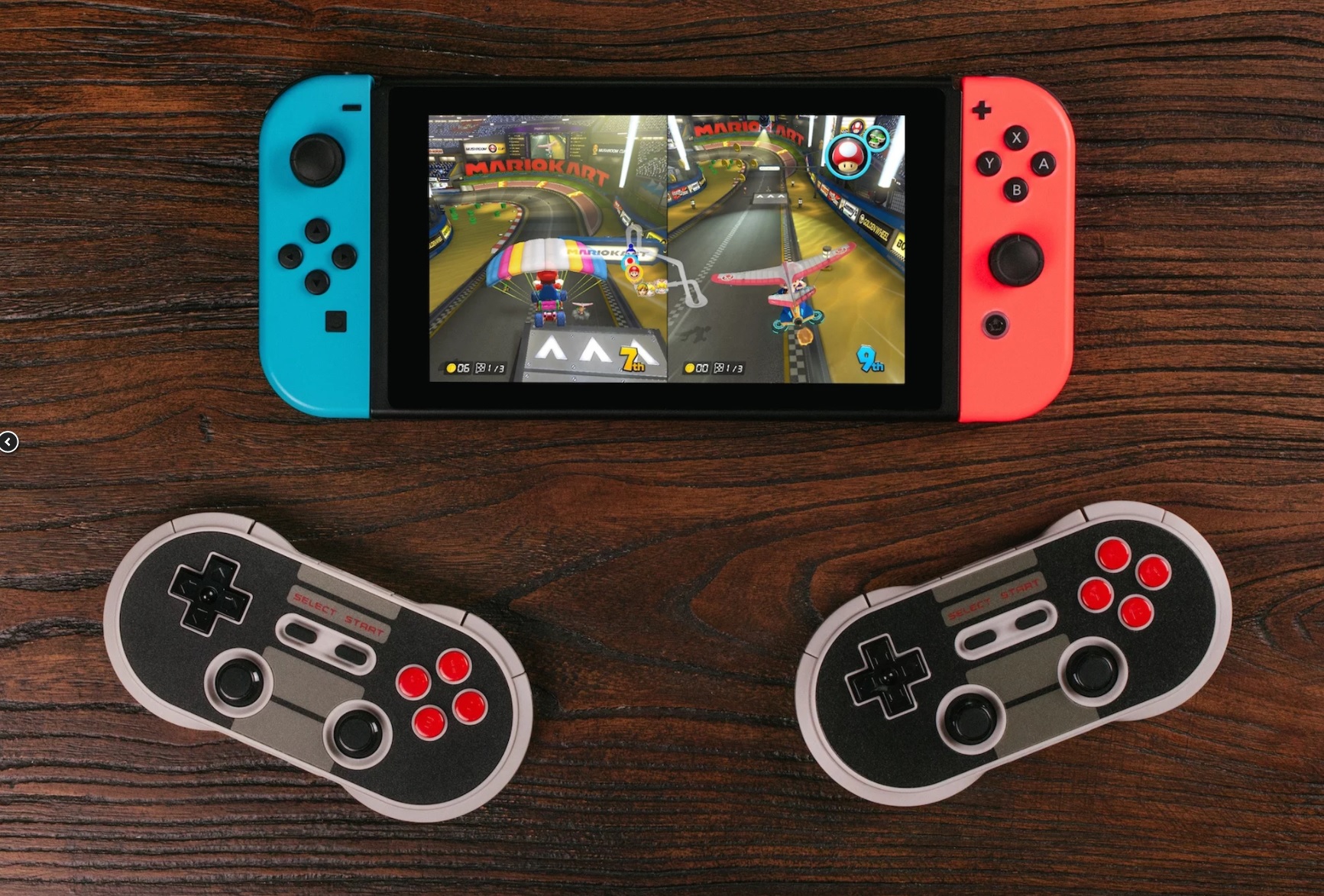 When I was researching classic pads to use for just about any platform, a lot of folks pointed me toward the manufacturer 8Bitdo.

But it wasn’t until I got a chance to try a remote that was packed into the Analogue Mini NT that I caught on. Now, everyone can use a multitude of NES and SNES variations (SFC30, SNES30, FC30, FC30 Pro, NES30, NES30 Pro) on the Switch, as there’s a new firmware update available — they just lack motion and rumble support.

Still, it’ll be great for all of those SNK games on the eShop, as well as any old school fighters that happen upon the system, including Ultra Street Fighter II. We’ve reached out to the company to provide a report on how well the whole line performs, so stay tuned for that.

Based on my limited experience with the NES30 today, it works pretty well! You just need to upgrade your firmware, swap to Switch mode (hold Start+Y for one second), then use Down+Select for the Switch Home button. It took about five seconds to connect from the pairing screen, and I’ve been testing it out with Street Fighter and Mario Kart 8 Deluxe with great success.