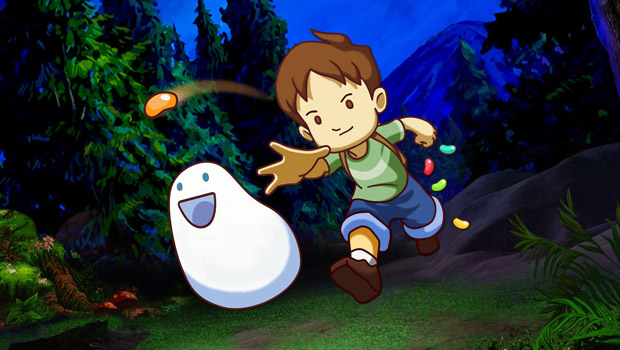 A Boy and His Blob for the Wii is such a better game than the NES original, it isn’t even funny. The new version doesn’t restrict you to a limited number of jellybeans, sports a much more pleasant art style, and has a hug button. A hug button! That will forever be the greatest addition to any videogame ever.

Anyway, nerdcore artist 8Bit Duane of Action Adventure World has just released a music video for his A Boy and His Blob rap. The blob in this song is more like the NES incarnation than the Wii one. In other words, it’s an ungrateful little sh*t that won’t follow simple directions. No more jellybeans for him.

Action Adventure World – A Boy and His Blob [YouTube]