Beginning with the vintage “Tomy Turnin’ Turbo Dash”, originally manufactured in 1983, CircuitBeard created the mini-masterpiece by installing a Raspberry Pi feature the game’s ROM, as well as entirely overhauling the cute dashboard to feature real-time indicators, headlights and a speedometer. A speaker was installed so you could hear the dulcet tones of Magical Sound Shower, as well as a 3.5 inch HDMI screen to replace the original unit’s LCD display. 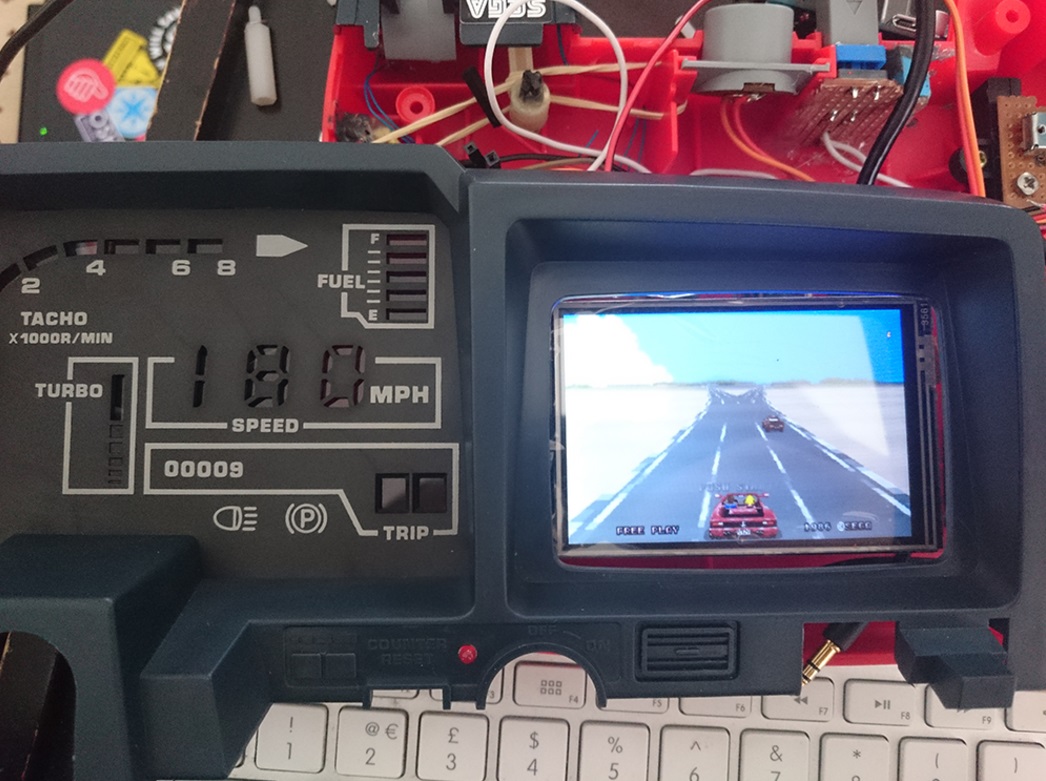 Even the original gearstick has been implemented to shift in-game and the ignition key functions as the power switch. Whilst I have just (passing) breezed over the design here, an incredible amount of work has gone into the adorable little invention, even requiring a lot of code readjustment in order to get the ROM authentically working with its new controls.

It’s a wonderful project that must have been immensely satisfying to complete. You can find the fully illustrated story, from conception to realisation, at the link below. It should be noted that although CircuitBeard is clearly a design genius, he still gets rekt by the game when playing, because OutRun.