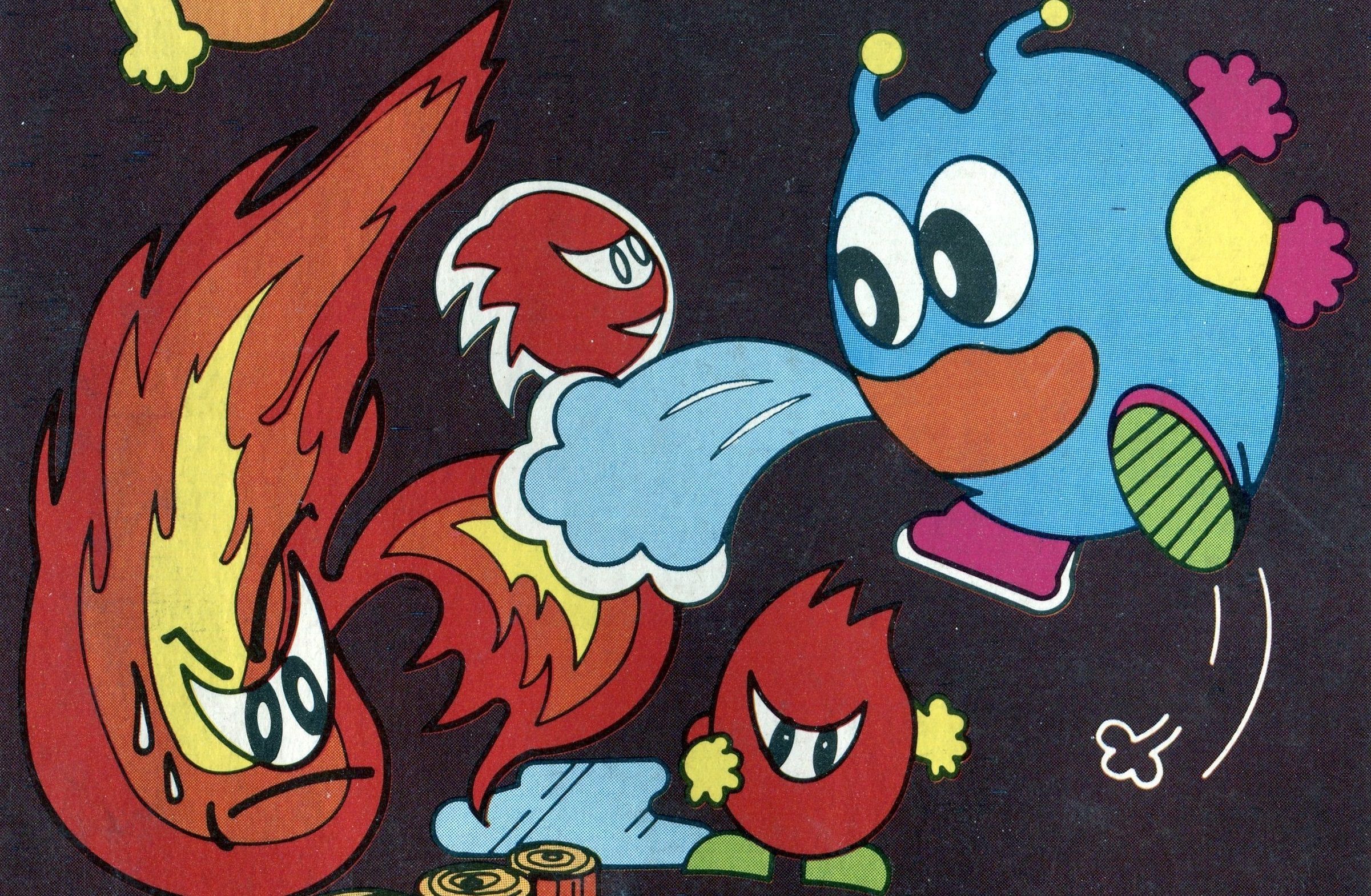 Retains more water than my face

Following on from last week’s excellent obscurity The Astyanax, this week sees Hamster add another relatively unknown title to its Arcade Archive range. Now available on PS4 and Nintendo Switch, Guzzler is a post-Pac-Man maze title from Tehkan Electronics.

Originally released in arcades in 1983, Guzzler puts players in control of a cute little dude with fantastic water-retaining abilities. Each of the game’s 30 stages sees “Guzzler” drinking up puddles of water before extinguishing a variety of fire-based enemies and their respective generators. Amusingly, Guzzler can also down a swift cocktail power-up which, inexplicably, temporarily freezes the fire while fully refueling our hero. Talk about getting loaded.

Check out the strange action in the video below, courtesy of Old Classic Retro Gaming.

Guzzler dropped off of the map relatively quickly, although it did receive a home port on Sega’s first-ever console: the SG-1000. Guzzler has colorful visuals, fun music, and even some amusing intermission animations, but it simply doesn’t have the pace, flow, or polish of Namco’s ghost-gobbling classic. Still, a nice little oddity for retro completionists.

Guzzler is available to download now on PS4 and Nintendo Switch, priced at around $8