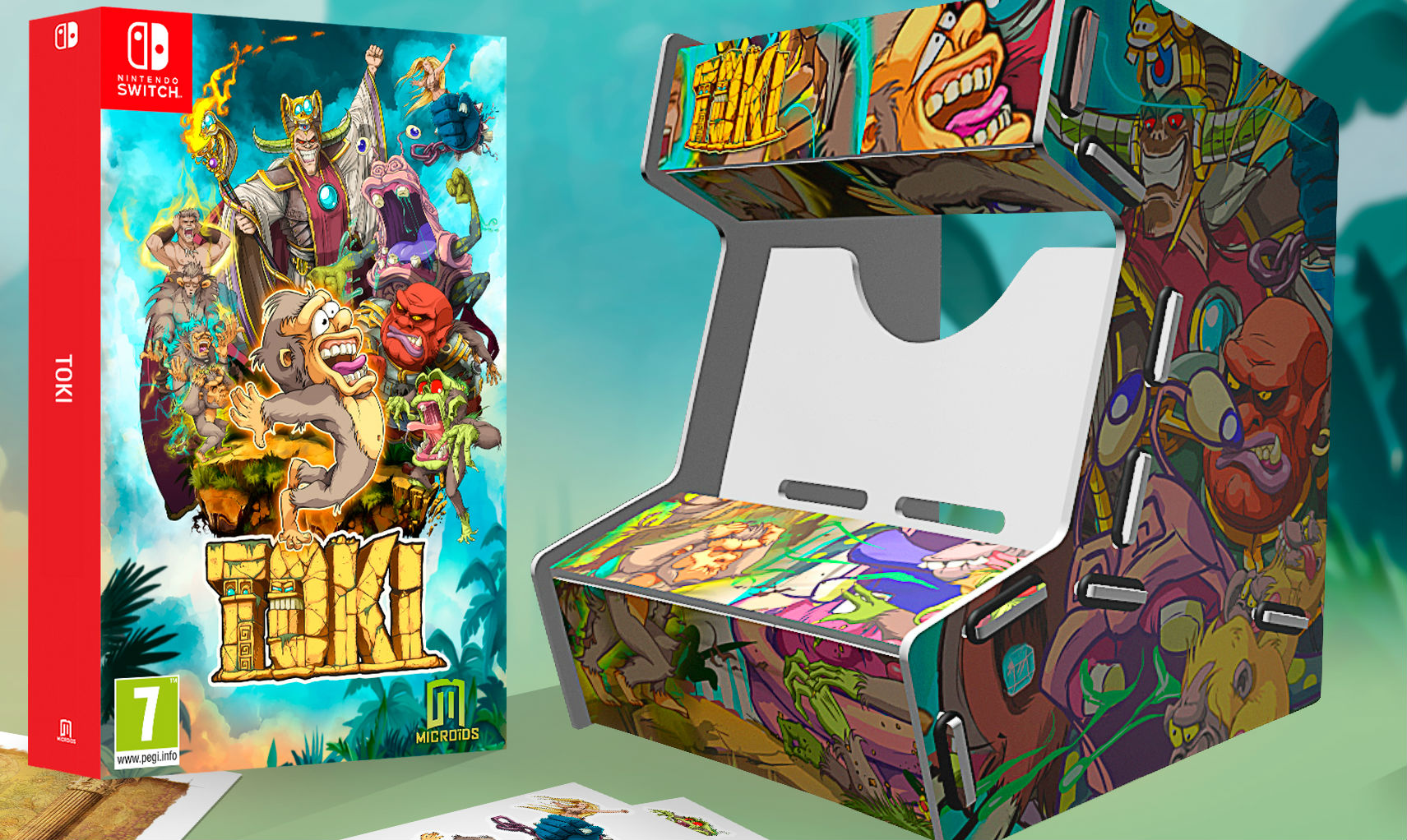 Years back, like try 29 years ago, Toki was released in arcades. No not Toki Tori, the puzzle game with the adorable bird mascot: rather, straight up Toki, a platformer starring an ape. Also known as “JuJu Densetsu” in Japan, Toki saw a modest release in arcades, followed by ports on several home consoles, and in 2009, a low key mobile release — now it’s coming to Switch on November 22.

Publisher Microids is going all out, too, as the “Retrollector Edition” comes with prints, the game, a comic, stickers sheets, and wait for it…a wooden arcade machine that houses a Switch. They actually got Philippe Dessoly, artist for the Amiga version, to return for the game’s visuals as artistic director, as it’ll sport a whole new graphical sheen.

It doesn’t seem to have a swap-on, swap-off retro to new style option like Wonder Boy: The Dragon’s Trap , but the success of that remake definitely kicked off a trend of cult retro revivals.